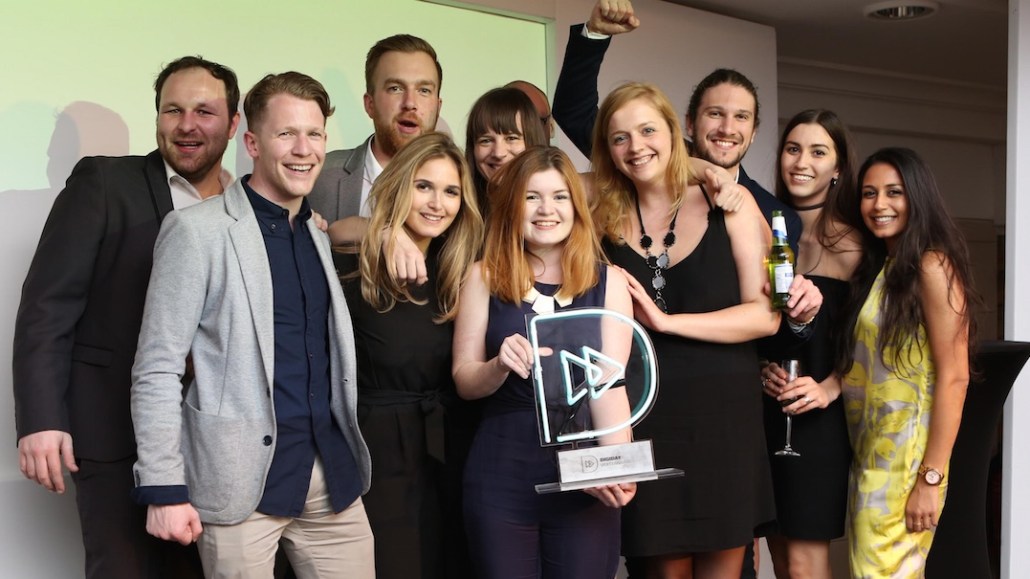 Please note, for 2018 we have consolidated our European awards into two programs. The Video Awards Europe are no longer a separate program anymore, but instead the categories can be found as a part of the Digiday Media Awards Europe and the Marketing & Advertising Awards Europe.

Global agency We Are Social won Best in Show at the inaugural Digiday Video Awards Europe gala held at The Brewery in London’s this evening. The agency took home the award for Best Social Video campaign for Pogba X Stormzy for Adidas. Featuring Manchester United fan Stormzy and Paul Pogba, a current player for Manchester United, the video announced the most expensive football transfer in history. The campaign generated a considerable amount of buzz, ultimately garnering 30 million views and 3 million shares.

“It was great to win,” said John Crozier, account director at We Are Social. “We’ve all been expecting good things from that campaign because it was such a news event, so we knew it was going to be quite successful. It tapped into a cultural point that everyone could get behind.”

Best In Show
We Are Social, “Pogba x Stormzy” for Adidas Football