The BBC, Financial Times and Dennis Publishing up for awards at the inaugural Digiday Publishing Awards Europe 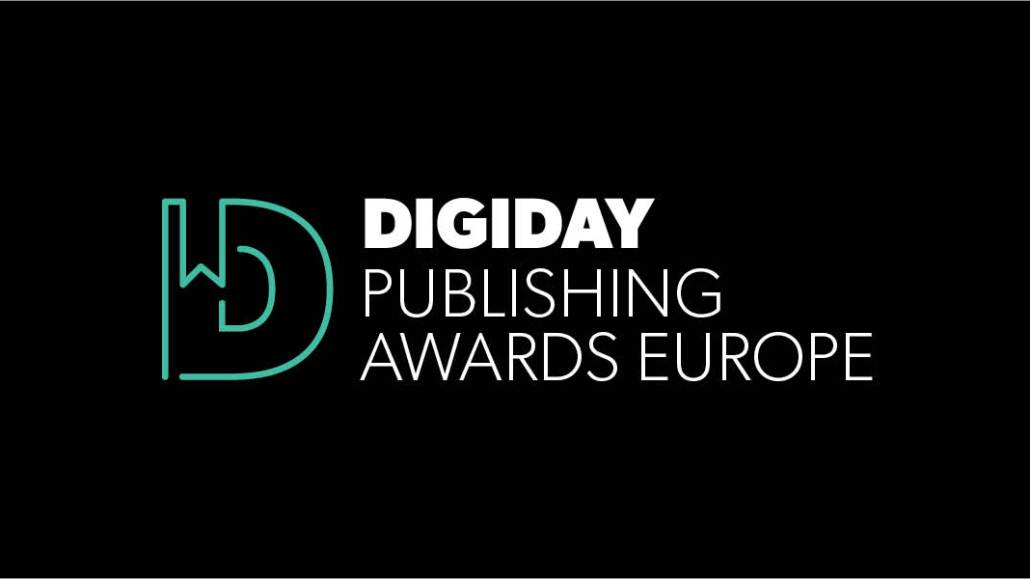 Please note, for 2018 we have consolidated our European awards into two programs. The Publishing Awards Europe are no longer a separate program anymore, but instead the categories can be found as a part of the Digiday Media Awards Europe.

The BBC, the Financial Times, News UK, Dennis Publishing and more are up for several nominations at the first Digiday Publishing Awards Europe. The awards recognize the best digital publishing innovation by publishers, brands, agencies and technology platforms in the European market.

The BBC is in the running for Best Use of Snapchat and Best Use of a Messenger Bot. BBC One has always been targeted at Britain’s younger demographic, and the Snapchat channel was launched to introduce BBC One to a new generation. The BBC Brexit Bot is a Facebook Messenger bot that keeps people up to date with the latest developments surrounding Brexit. Users can customize the news they receive via the bot, increasing engagement around Brexit news.

News UK has been shortlisted for three awards: Best use of Snapchat for its tabloid newspaper The Sun, Best Video Series for its Sure for Men campaign, and Best brand Partnership for its work on its FA Cup campaign for Gillette.

The Financial Times is up for Best Use of AR/VR and Best Content Studio. The publisher’s “Hidden Cities” series was done in partnership with Google and featured the sides of cities tourists often don’t see. Its content studio, FT², has delivered work for clients such as the Gates Foundation, the philanthropic organization Bill Gates founded, and Mishcon de Reya, a British law firm.

Dennis Publishing’s acquisition of BuyACar.co.uk is nominated for Best E-Commerce Strategy. The acquisition allows the publisher to completely own the car-purchasing process, lessening its dependence on traditional forms of revenue such as display advertising.

The full list of finalists is below. Winners will be announced at the Digiday Publishing Awards Europe Gala in London on Oct. 4. Tickets are on sale here.

24sata – “The Search for Videostar”