Yahoo’s Choice: Double Down on Data 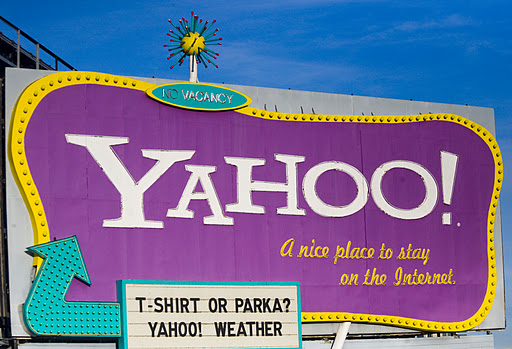 The choice of Yahoo’s new CEO can be interpreted as saying a lot about the company’s future. It is often held as being stuck between a tech-driven Silicon Valley company and a media company. The thought is often that it needs to choose one over the other. Maybe not. New Yahoo CEO Scott Thompson might not be well-known to Madison Avenue, but he’s got a keep grasp on the power of data after serving as the president of PayPal and formerly its head of tech.

At Yahoo, Thompson will enjoy a honeymoon period where he can square away some unfinished business. One obvious place to start is sorting out the Alibaba situation. After that, he can turn his attention to identifying what Yahoo is good at and what it’s not. Despite all the scorn heaped on Yahoo by the Silicon Valley press, it remains a powerful player in digital advertising with enviable scale and a trove of data assets. Thanks to Yahoo’s e-mail service, Yahoo has personal information on hundreds of millions of users. Unlike much of the data collected online, Yahoo’s is voluntarily given and verified. Thompson, no stranger to the power of data as PayPal’s tech lead, could easily double down on those and make Yahoo a distinctly modern data-driven media business that caters to brand advertisers. Here are three steps Thompson can take to make the most of those advantages:

1. Make the Microsoft-AOL alliance work. Yahoo took a pretty bold step in cobbling together this coalition of big players in its efforts to cut out middlemen. The thinking behind it, and its decision to cut out a raft of networks and demand-side platforms from accessing inventory on behalf of clients, is simple. It wants to own the relationship with advertisers and claw back margin taken by intermediaries. In a world where ad prices are unlikely to rise, the name of the game is how to get more of those dollars that are spent. By all accounts, too much is going to intermediaries that aren’t adding nearly as much value as they’re extracting. Thompson should make this project a priority. The only way Yahoo can make the shift to being a unique data-driven media company is by cutting off those leeching data from it.

2. Reclaim Yahoo’s targeting credibility. The purchase of Interclick by Yahoo was an eye-opener. The reason give was that Interclick had better technology for targeting Yahoo users than Yahoo. That’s a tough admission, particularly for a company that was an early leader in developing behavioral advertising and search retargetting. It’s a testament to how much catch-up it needs to make in the crucial task of mining its data to target its ads better.

3. Acquire leaders in data crunching. Yahoo sits at the intersection of media and technology. It should embrace that. Sure, it won’t out-Google Google when it comes to algorithmic search, but it can put its stamp on the next version of ad technology. Interclick was a necessary step. Thompson would be well-advised to look beyond that to new data-marketing players that cater to brands. This is Yahoo’s sweet spot. There are obvious places to start like the hot site-retargetting field with a player like Criteo. (An acquisition here would bring with it the unlikely reunion with former Yahoo exec and current Criteo CEO Greg Coleman.) It should also look to pick up a data-management platform/demand-side platform and piece together an alternative vision to Google’s ad technology vision. Yahoo might not be able to get all the pieces, but it should be able to pick up many.

On their own, it’s unlikely these moves will be enough. Yahoo has become the Sick Man of the Internet, akin to the Ottoman Empire’s role in the mid-19th century. It didn’t end well for the Ottomans, of course, but with the market valuing Yahoo’s domestic media assets as virtually worthless it has little left to lose by being aggressive.