How Yahoo and AOL measure up in live video news

Yahoo and AOL are battling it out for supremacy in a key digital media category. No, this is not a time capsule from 2002 that was just opened. In the world of live video news, the two portals-turned-digital-media companies have poured millions into cracking the code on delivering live video news programming.

Yahoo, which has previously aired programming with prominent news personalities like George Stephanopoulos and Christiane Amanpour, is banking on Katie Couric — reportedly to the tune of $10 million per year — to grow its news video business. AOL, meanwhile, already has a massive news fleet in The Huffington Post, which will be the center of a new cable-like 24-hour global news network pulling in content from 17 international offices by year’s end.

Here’s how the two measure up: 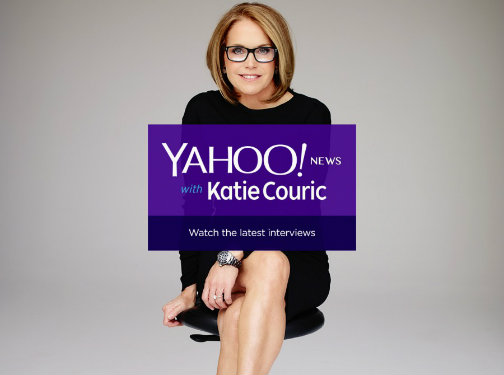 The approach: Yahoo is banking on the fact that a “talking head” might work if it’s one of the most recognizable heads in news. Last week, it launched “Yahoo News Live,” a 20-minute daily newscast anchored by Katie Couric and featuring other Yahoo News personalities airing at 1 p.m. EST every weekday. The focus is on commentary around the biggest stories of the day, including interviews with notable personalities tied to the news. It’s not the first live newscast from Yahoo, which has previously streamed big events such as the Republican and Democratic National Conventions and interviews with prominent newsmakers.

Yeah, but is it working? A spokesperson for the company claimed that while live tune-in varies, some streams have gotten “hundreds of thousands of viewers” at a given time.

Do advertisers care? A familiar face like Couric is welcome.

“It’s a step in the right direction of finally getting some high-caliber credible talent in the space to allow people to seriously consider live digital news as an equal alternative to the names on broadcast,” said Raymonde Green, vp of partnerships and investments at DigitasLBi.

“Even if you look at her overall numbers — and they’re dwarfed by TV — I still think it’s a bet on the long term,” said Noah Mallin, head of social at MEC North America.

Yahoo is hoping that Couric can broaden its playing field and help convince news viewers that it, too, can be a place where they catch up on what’s happening. It will become a “must-buy” when Yahoo — and really any other publisher looking to do live news online — is able to build a following for its on-air personalities in the way that the YouTube ecosystem has done for its stars, according to Mallin. 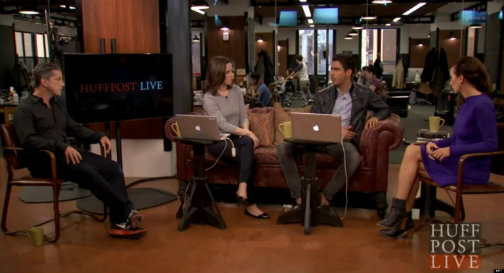 The approach: AOL’s crown jewel in live news is its HuffPost Live streaming network, which offers eight hours of new programming every weekday. That will soon expand, as AOL plans to launch HuffPost24, a 24-hour streaming network in the fourth quarter.

For HuffPost, the focus is also on commentary and less about “if it bleeds, it leads,” said its gm of video Nathan Brown. “We are doing what digital does best and traditional news can’t, which is organizing a community around a particular topic and creating conversations that we can have together,” he said.

Yeah, but is it working? According to AOL, HuffPost Live content has racked up 2.4 billion views since its launch in August 2012, which suggests a sizable audience. It’s unclear how much of that viewership happened live, though, as HuffPost Live also cuts up segments and distributes them across platforms after the original broadcast.

Do advertisers care? The key to HuffPost Live is in its commentary and community features. The issue is, other platforms are also able to provide that.

“[News is] hard to do live given the nature of the competition in the market,” said Rob Norman, chief digital officer of GroupM. According to Norman, Web publishers are lacking when it comes to having the type of news-gathering resources traditional news giants have, and there isn’t a shortage of news commentary online or on TV. “Live breaking news is important; live general news is not going to set the world alight,” he said.

That said, social platforms can also help. Twitter, for instance, doesn’t have to be a competitive platform for news. “If you are a publisher like HuffPo and you have live content that is relevant to what’s happening now, that is still a great way to drive discovery,” said Mallin.

Video services like Periscope and Meerkat, meanwhile, have the potential to change audience expectations when it comes to live content on the Web. “Apps like Periscope are already delivering live streaming real-time news from everyday people,” said Steve Carbone, managing director and head of digital and analytics for MediaCom. “Bringing this into a safer more structured environment would be an attractive option for brands.”