Inside WSJ Europe’s adventures in social 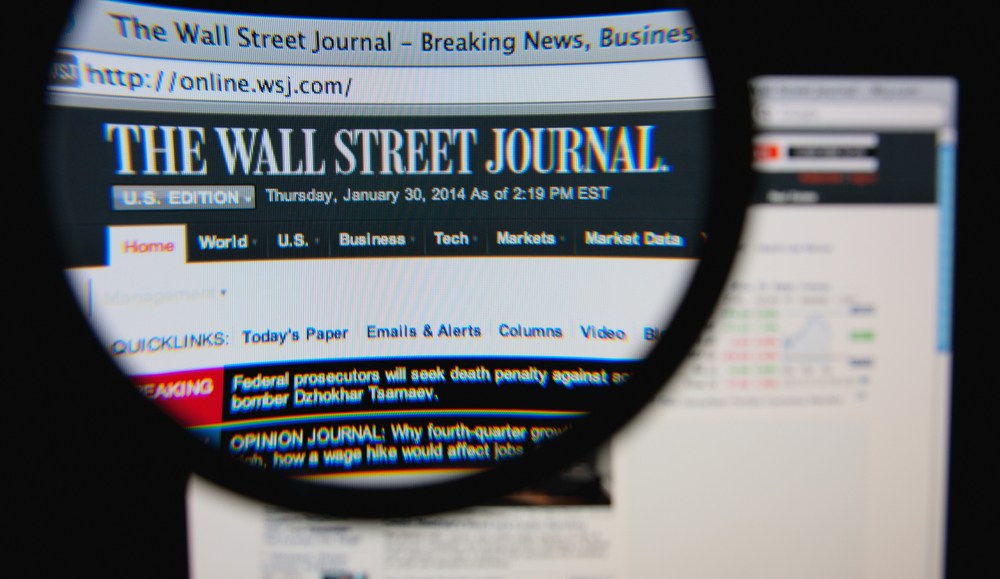 For a paywalled site like WSJ Europe, social media is complicated. Sure, it needs to drive traffic, but subscriptions are always top of mind.

WSJ Europe walks this tightrope every day. Sarah Marshall, social media editor of the site, doesn’t view it as a handicap. Sure, free content does better than content behind a paywall, but that doesn’t mean the social Web is any less powerful.

WSJ Europe boasts 80,000 followers on Twitter and 411,000 on Facebook. It typically tweets out from 35 or more tweets a day and a handful of Facebook updates. Like most publications, WSJ Europe sticks to headlines and retweets of staff reporters promoting their own stories over banter with readers. Over the past three months, WSJ Europe’s Twitter account has grown by 15 percent, and its Facebook following by 10 percent.

Marshall, who joined WSJ Europe last December from Journalism.co.uk, where she was a technology editor, shared with Digiday some lessons learned in social media.

Mixed access
Rather than implementing a digital iron curtain for non-subscribers, WSJ.com has a mixed-access model — most blogs are free, but most news stories and analysis come at a cost. In some sense, the flexibility of the paywall helps the site enjoy the benefits of both the free and paid-for approaches: by opening up individual stories which lend themselves to social shares.

“We have a flexible model, so if there is a non-exclusive story that’s highly social, like Robin Williams, we can make it free to read,” said Marshall.

Social sampling
The site’s social channels often sample key snippets of content rather than just sharing a headline and link to a wall. By tweeting a graphic or a chunk of the story, for example, the Journal can take advantage of the popularity of visual storytelling to gain reader interest. 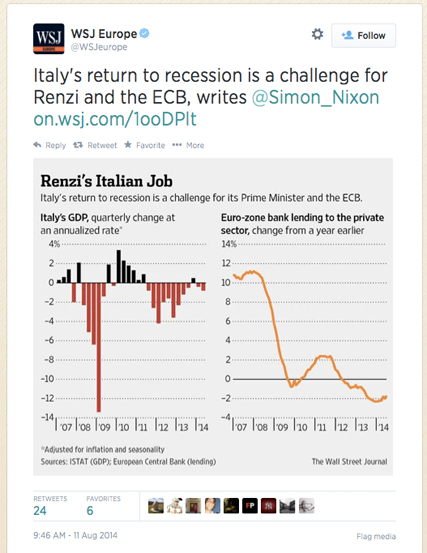 “It’s along the lines of the trend towards explainer journalism. It’s taking deep, complex concepts and creating these very social posts — getting to the crux of the story to grab people,” said Marshall. “Hopefully, they’ll then follow through and go to the big, in-depth, [paid-for] analytical piece as well.”

“You can employ people to push content out, but actually get the technology of your site right and then the traffic comes to you,” said Marshall. This involves working on a few different initiatives to improve the shareability of the site’s content: be that optimizing Twitter cards for bigger images with links to the journalist’s Twitter account, optimizing WSJ.com for Facebook’s Open Graph, or introducing new share buttons on stories.

Cultivating  journalists’ social channels
Having been initially concerned that journalists were building up extensive personal social followings at the expense of official accounts, the company is now going with the flow. The 2014 Digital News Report shows individual reporters are becoming just as important to the trustworthiness of news as their umbrella brands, so fighting that tide no longer makes sense.

The team now spends a lot of time supporting journalists’ efforts in pushing their own stories rather than just focusing on the company’s accounts.

“Most people would rather interact with a person than a brand — we recognize the value of that. Sure, some [journalists] will leave and go elsewhere, but also we inherit other journalists as they come in with new followings. You win some, you lose some,” said Marshall.

No native
For all the measures they’ve taken, there’s one other key commercial route they’ve decided not to go down.

“We’ve never even contemplated putting native advertising on our social channels,” said Marshall. “We do native advertising, but it’s so separate because there’s such a wall between us, and rightly so. It’s not something that we’d entertain.”