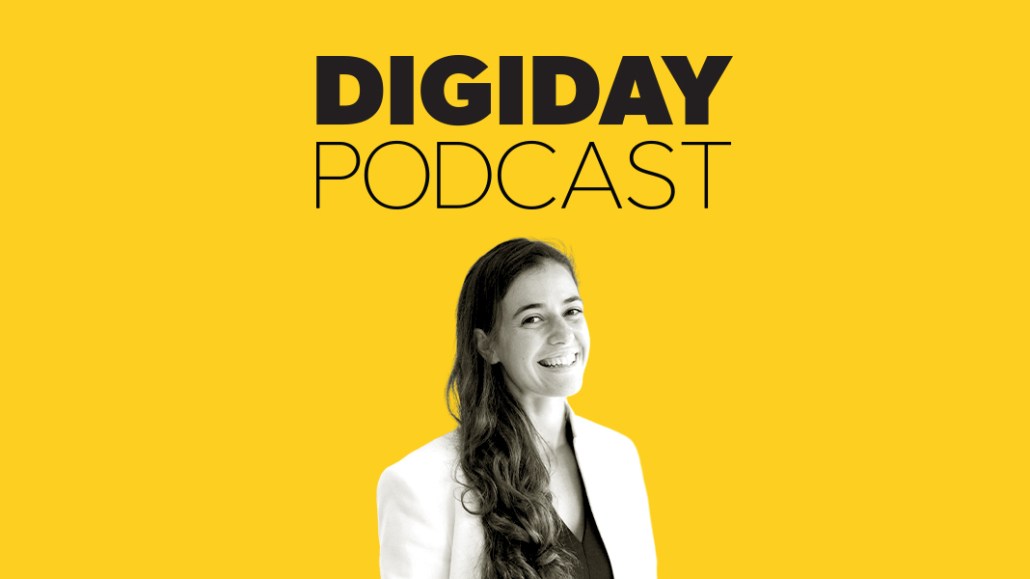 Scroll through Apple’s list of top podcasts and you’ll see a lot of big names (including actual Hollywood celebrities).

Within that landscape, Wonder Media Network has managed to make critically acclaimed podcasts without the A-listers.

“That’s kind of a silly media strategy, honestly. How are you supposed to build an audience with non-celebrity?” said company CMO Shira Atkins on the Digiday Podcast. “But we’re just testing to see if this is viable.”

One way its managing that is by dedicating a lot of resources to branded podcasts, which offer the possibility of scale.

“The ideal scenario is, ‘let’s get Microsoft to sponsor a podcast and also promote the podcast.’ Because they look good being attached to the show; we get the audience and we get the money so that we can create the good content and it’s a beautiful cycle,” said Atkins.

One recent example: Fiverr, a freelancers’ platform, paid for a month-long takeover of the company’s Encyclopedia Womannica podcast, a five-minute daily that tells stories of notable women in history.

For weekend episodes, they switched up the formula to focus on women involved with Fiverr instead (including the company’s CMO). Fiverr also got post-rolls ads on every episode, and in addition, “we did some PR with them, and they promoted nearly every day on all of their social media,” Atkins said.

Overall, Wonder Media Network, which was founded in 2018, is a purpose-driven media brand that performs a balancing act between activism and non-partisan story-telling.

“Our full mission is to amplify under-represented voices and to inspire action and promote empathy,” Atkins said.

Walking a line between media and activism

“We’re excited about people opening their minds to stories that they otherwise wouldn’t hear, and giving a platform to people that probably wouldn’t be able to host a podcast with The Ringer. All of our hosts are non-celebrity. That’s kind of a silly media strategy, honestly. How are you supposed to build an audience with non-celebrity? But we’re just testing to see if this is viable. The other thing is, when we started the company people asked why we weren’t just a non-profit. Much love to the people in non-profit, but I’m trying to make money here. I’m trying to do good and develop stories that are mission-driven, but we’re trying to make money and we want to prove that you don’t have to be a ‘pink politico’ (I’m using air quotes). You can just be good media that happens to be led by women. I don’t like identifying as women’s media company.”

“I love branded content. I think, done well and in the right place, it can be incredibly impactful. If we have a rapt audience, and if we can help big organizations dip their toes into the audio space by creating beautiful branded content that has an integrated feel, that’s awesome. For Encyclopedia Womannica, we sold a whole month takeover to Fiverr. We just told their story in a way that integrated Fiverr and Fiverr’s work. We did some PR with them, and they promoted nearly every day on all of their social media. Fiverr had accomplished pay equity on their platform, which they announced in March. You could hire some of their top freelancers, and there was a link to Encyclopedia Womannica.”

“The biggest hurdle with podcast advertising — I’m working with Verizon and all these massive media organizations care about [is] scale. That is it. It might be that they have $200,000 that they can just play around with and don’t have to track. But they’re not interested in making their jobs harder than they are unless there’s celebrity attached or some other massive brand campaign. In terms of the friction, that’s big. And also, no one really knows how to track this stuff. Even [for] brands looking to buy at scale, the analytics are really poor. It’s just downloads.”