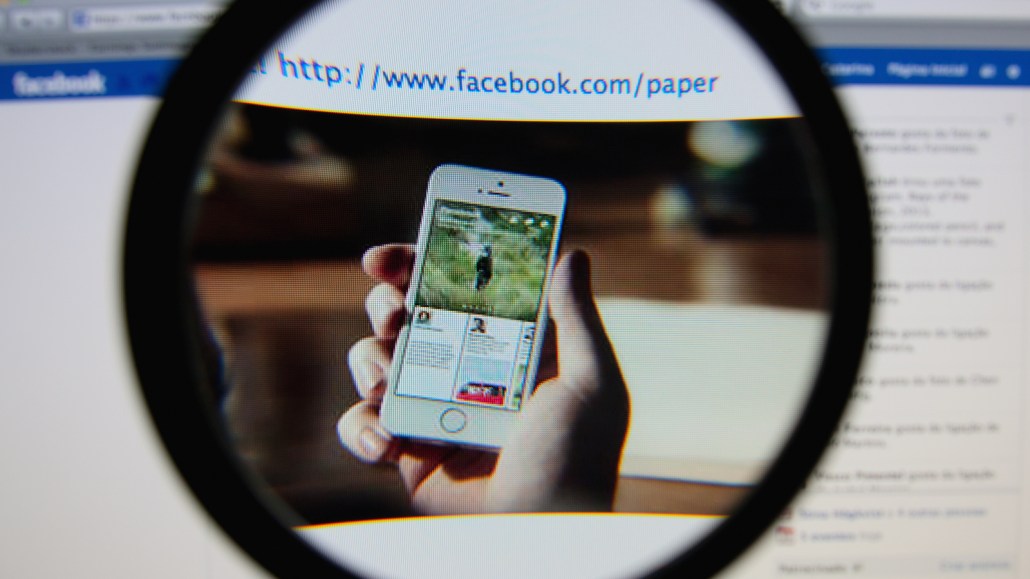 Recently, the social giant started suggesting related articles to users under News Feed posts they’ve clicked, and a natural next step would be to charge publishers or brands to promote recommendations. With people increasingly clicking on this, Facebook has a real opportunity to monetize the mounts of data it has been collecting on users’ reading habits, a fact not lost on industry experts.

“If Yahoo just launched a content-recommendation network, why wouldn’t Facebook?” Zemanta president Todd Sawicki asked. “As world goes to more content recommendations, the way you monetize that is to sell promoted recommendations.” 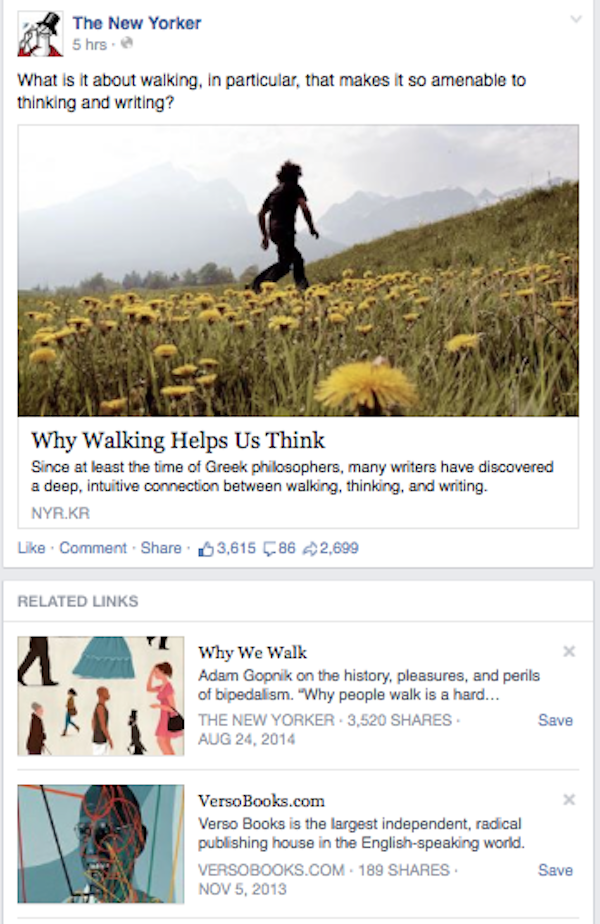 Content-recommendation widgets are becoming a popular way for publishers to get more play for their own articles and get more money out of their sites by effectively renting space in the widgets to other publishers and brands. For advertisers, such units also offer a way to achieve that holy grail of native ads at scale.

“The whole goal is to find stuff in the right order for them personally,” said Jessie Baker, a Facebook spokeswoman. “This is an organic unit. It’s not a paid unit.” She didn’t rule out changes in the future, though.

If Facebook were to open the feature up to paid promotion by publishers, there would likely be strong interest from publishers. Facebook has increasingly become a starting point for their visitors. According to the Pew Research Center, 30 percent of the adult population (about half of adult Facebook users) got at least some news on Facebook in 2013, up from 9 percent in 2010. Facebook also exerts a great amount of control over what people see in their News Feeds.

So while publishers are at the whim of Facebook, it’s more important than ever to figure out ways to get more people to click to their sites from the social network. Publishers that wish to give their content some promotional oomph on Facebook can do so by paying, but the high cost has kept them from using it on more than a limited basis.

“In the below-the-fold articles, I’d love to be able to promote a The New Republic feature story on Putin,” said Noah Chestnut, who recently left his job as director of New Republic Labs for BuzzFeed. “The idea is, the reader cares more about the subject and reading the best story as opposed to reading more New York Times or Atlantic pieces. That is great marketing for us. I’d love more control over what to show.”

For advertisers, buying into related links could be a way to reposition their marketing messages as content. Now, Facebook ads are targeted based on user behavior, but advertisers can’t control when their ad will show up in users’ news streams.

“Contextual targeting is popular elsewhere, but it hasn’t been a focus of Facebook’s content-delivery system so far,” said Amy Peterman, director and paid social practice lead at 360i. If Facebook does go in that direction, however, there’s little benefit to an advertiser for showing up in “related” listings if the CPMs are the same price as larger News Feed ad formats.

“Facebook would need to give advertisers the option to bid differently to buy this real estate,” she said. “The platform will always consider opportunities for new revenue streams, but user-behavior targeting seems like the smartest direction to go.”