Why CPM Should Die 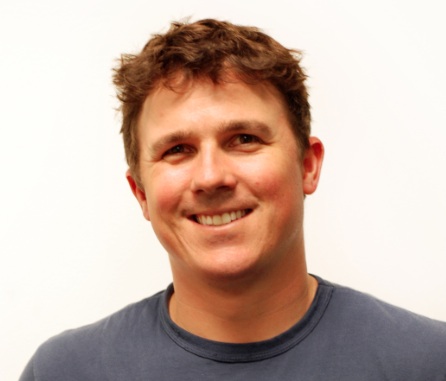 There’s no shortage of debate over what steps online advertising needs to attract more brand dollars online and frankly, when I run across such discussions, I find myself checking to make sure I haven’t gotten transported back to 1999. Here’s an idea: Give up on the CPM as the cornerstone metric for how ads are bought.

The way online will truly differentiate from traditional media is proving consumers are actually interacting with and paying attention to commercial messages. This proof comes in the form of consumer action – clicking, answering, choosing, watching, playing, interacting or doing something valuable and impactful with a brand, rather than just having the chance to do something. The potential for action simply doesn’t cut it anymore. “Watching” is an inherently passive action – a “view” paid on CPM is really just the opportunity to watch something. It’s not active attention. When you’re an advertiser paying on cost per engagement, you want to be paying for performance based on real engagement metrics: the number of interactions within the ad unit, time spent with the content, the rate at which the ad is shared and CTR to the advertisers’ page – all strong indicators of attention. Ergo, views do not equal engagement.
There was recently debate in Digiday over the whether cost per view is valuable to online video. But both sides need to start by proving how video views actually garner active attention to a brand message contained within a video. The fact that they skipped this part of the discussion calls into question how valuable current video views, as measured by CPV, really are.
Isn’t a CPV effectively just a translated CPM that’s easier for advertisers to swallow in a world where no advertiser wants to admit they’re still buying inventory on CPM? With CPV (or CPCV), it’s clear that the argument unfolding between these two is still, and yet again, predicated on CPM.
So where does that leave us? For starters, media platforms and publishers must find an effective way to insert advertising into their platforms in a way that garners consumer attention, making the experience compelling and welcomed. Mess that up and you don’t even have true consumer engagement to sell. The newer media publishers like Zynga, Hulu have this strategy at the core of their model. For God’s sake, even newspapers, the dinosaurs of media, are starting to make the transition. And yet the digital giants are still holding onto CPM because their inventory is boundless, whereas active attention is finite. We still don’t see how spraying billions of impressions against a panel of numbers from ComScore and hoping for a smattering of accidental clicks can be a proxy for “engagement advertising.” Again, it’s really just CPM under a new name.
Look instead at how new players, like Zynga, are already doing engagement advertising well in the marketplace, and consider those who are coming on board, like Facebook, and how they’re tying Credits to ads. Think about the reasons why they’re offering consumers a value for active attention/engagement. It’s not because they’re trying to replace the dollar with virtual currency — it’s because they understand this exchange is the only medium that provides value to consumers without detracting from the experience and subsequently gives publishers the ability to offer advertisers real consumer engagement. There is no reason to decouple targeting from engagement across these premium sites – they can target very precisely using cost based on engagement (i.e., CPE), and they do it well. When the consumer has motivation to interact with an ad, the experience benefits both the consumer and the advertiser. In short, provide people something they value in exchange for their active attention and you can guarantee engagement.
This approach is a model where everyone wins because the definition of engagement is “active attention” and not some formulaic proxy that’s either too confusing to unravel or too rotten to pass a sniff test. It works because it allows media platforms to guarantee engagement and not just the potential for engagement. When you have a true CPE model where publishers are paid on actual engagement, only then can guaranteed ad engagement become a reality. You do this by providing an enhanced experience that ties real value to attention, not an impression.
In the end, justifying engagement with CPM is like justifying your good fashion sense by dressing in cargo pants and a Hypercolor t-shirt. Both were the rage in the ‘90s, and yet both should be buried deep in your closet by now.
Mike Barbeau is the svp of strategy at Socalvibe, an ad platform focuses on value exchange with consumers.
https://staging.digiday.com/?p=1714
Ad rendering preventing in staging