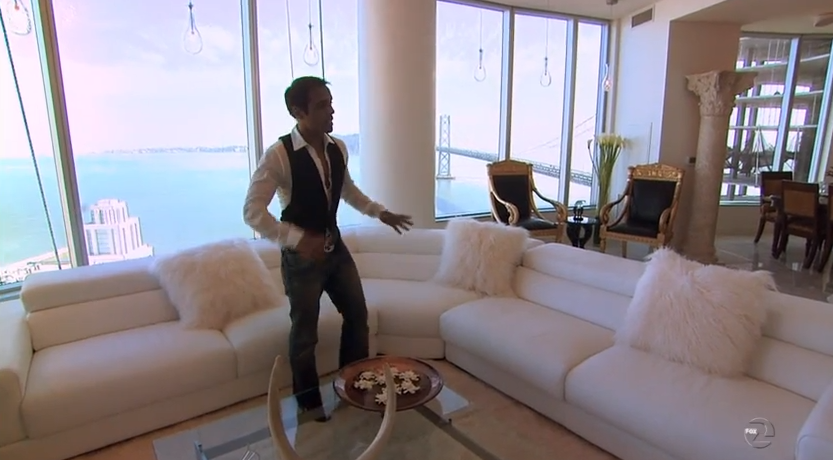 It’s mid August. That means offices are empty, not much is going on and the environment is ripe for controversies like AOL CEO Tim Armstrong’s jaw-dropping decision to fire a guy in front of 1,000 people on a conference call. Armstrong has apologized for the timing, although he stood by his decision to can the creative director for taking photos during an internal company meeting to discuss the struggles of its Patch local-news effort. Might as well own it, since our lessons of the week revolved around how haters gonna hate:

People hate showoffs.
It’s easy to alienate people when you’re rich, young and have a penchant for showing off. The downside is when things go sideways, you’ll be left out to dry. That’s because people delight in the fall of someone who acted too big for his britches. RadiumOne CEO Gurbaksh Chahal has found this out the hard way. Competitors and gossip sites alike have delighted in trotting out Chahal’s more, well, egomaniacal moments in the aftermath of his arrest for the assault of his girlfriend.

Women hate male publishers who act like they know women better.
Bryan Goldberg found out that even when you’ve got $6.5 million to build a women-focused media company, that doesn’t insulate you from getting all sorts of grief on your launch day. We christened Goldberg’s introduction of Bustle as “awkward.” That was kind. His site came under broad attack from the start, particularly from experienced female editors like Elizabeth Spiers and Anna Holmes. Goldberg attempted to undo the damage with a mea culpa follow-up post, but the stench remains. His quotes in this Forbes piece pretty much guarantee Bustle will be associated with his tone-deafness for a long time. In many ways, Goldberg’s been his own worst enemy. He’s rubbed many the wrong way with his regular screeds in Pando Daily, and The Bleacher Report, a site he co-founded, has been tarred as an SEO-driven chop shop that epitomizes the worst of modern publishing tactics.

A 13-year-old girl hates Facebook.
I get it. Everyone really, really wants to write the “Facebook is over” piece. This isn’t new. When it opened its doors beyond high schools and universities, publications rushed to say Facebook had lost its cool. That was about 900 million users ago. Some things don’t change. One story bouncing far and wide through social media — over 45,000 shares! — is an account of Facebook losing its cool from the perspective of a 13-year-old New York girl.

RT this if you’ve ever used #LotusNotes and wanted to punch someone in the face afterwards. #WhoBuiltThisCrap

LinkedIn’s algorithm hates nuance.
Some folks in Chahal’s LinkedIn network were urged by the business social network to send him congratulations on being mentioned in a recent article. The problem: That article was about his arrest on felony domestic violence charges.

Slideshow Abomination of the Week
Business Insider published a 20-slide slideshow “tour” of Chahal’s baller San Francisco pad. Chahal, who last week was charged with assaulting his girlfriend, is known for his flamboyant ways. What’s particularly dumb about this BI effort is each and every “photo” of the slideshow is simply a screenshot of this TV show segment, which Digiday included in its original story on Chahal’s arrest. I know it’s August, but come on.

3 Things We Didn’t Write But You Should Read

Content marketing done right.
There’s so much bad content marketing out there that it can overwhelm all the good. Check out this great feature on the Brooklyn Nets put together by content-marketing clearinghouse Contently used “Snowfall”-type story creator Scrollkit for a great feature.

The case against agencies.
Steve Cheney, the former head of business at GroupMe, has a tip for startups: Don’t waste your time on agencies. He makes the case that agencies are slow moving and simply not interested in the type of innovative, non-standard ads startups pioneer.