For Media Now, ‘Talent Trumps All’ 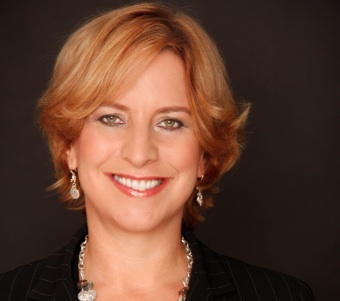 NBC News yesterday announced it acquired Stringwire. The purchase added a user-generated streaming video platform but also buffed up the media organization’s tech ranks with Stringwire founder Phil Grossman, who will join NBC News as a product lead out of its San Francisco office. Vivian Schiller, chief digital officer at NBC News, spoke to Digiday about how media companies need to fight for talent the same way Facebook and Google spar for the best engineers. She also gives her take on learning from BuzzFeed, why premium ad sellers like NBC News aren’t all-in on programmatic and just what native advertising is.

Acquires are normally something big tech companies do. Is this the new thing for media?
It was a guy we wanted and a product we wanted. It made sense to do this way. We think it could propel collaboration with the people formerly known as the audience. Down the line, we think it could have commercial applications. Do we want to do more of these? Absolutely.

News organizations have talked for some time about deeply involving the audience, but it still feels like an add-on. Will that change?
I don’t know if that’s the case. Between Twitter, Facebook and Instagram, we’re constantly engaging with our audience. Stringwire is a way to bring it to the next level. It’s not even a two-way communication now. It’s a matrixed relationship with a news organization and the people who interact with us and with each other.

What can old media learn from tech companies?
Talent trumps all. The traditional hierarchical structure of most companies where you start at the bottom and work your way up is blown up. Tech companies have shown that. In tech companies, engineers rule, and they give people space to experiment and fail. Can I say we’re totally there? No. But we’re trying to walk the talk.

Can quality win out over quantity?
We take pride in the quality and depth of our reporting. We’re never going to win in a quantity-over-quality space. We think there’s a space for us where we can win with quality even in the very noisy digital environment. Our brands stand for something.

Does NBC News need to take a page from BuzzFeed?
Absolutely. I admire what they do and study what they do — the way they use data, social media and write headlines. There’s a lot to teach us. But that doesn’t mean we can’t apply that to the way we do our reporting.

How do you feel about listicles?
BuzzFeed didn’t invent them. We just didn’t call them listicles, and they didn’t always have cats. In the right context, they’re fine. But not everything should be a listicle in my view.

More important to NBC News: Twitter or Facebook?
They’re different. They serve very different purposes. Twitter is unassailable in breaking news. But Facebook, because of the social network effect and scale of their audience, is a really great place to aggregate our fans.

Do you see ad sales becoming mostly automated?
I wish it was automated. It’s still very much door to door. In the business of quality premium content, it’s preaching the value proposition to marketers. I don’t see it changing. The problem with automated advertising is it feels automated. There’s nothing wrong with that. But a bespoke ad product that is a match to the audience and tone will never go out of style.

Native advertising: significant movement or flavor of the month?
It’s an adaptation of the advertorial, which has been around for decades. My definition is marketing message that’s in the voice and form of the rest of the content but labeled as advertising. In that context, I love it. We’ve done some of it, but we’ll do more.