Video Targeting is Worth the Hefty Price 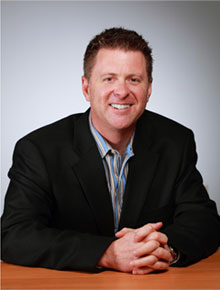 The spigot on the torrent of TV ad dollars flowing online hasn’t happened; in fact, most of online video is being funded by digital budgets.

A primary hindrance to advertiser investment in online video has been the perceived over-inflation of video ad pricing. Yet from my perspective in the video ecosystem, I think the keys to the TV dollar kingdom could be unlocked if we in the video ad tech space collectively do a better job of laying out the emerging ROI advantage.

I’m not questioning the impact and effectiveness of television — it’s obviously a powerful medium that continues to perform well for many advertisers — but rather questioning the efficiency of the pricing. While television offers wide reach at relatively lower CPMs, it offers limited targeting ability. Online video, on the other hand, can offer precise targeting by any number of criteria, which if properly executed, can actually create more effective ROI, despite its higher price tag, than TV.

Yet despite this, video sales forces’ greatest challenge continues to be the relatively high CPMs charged for video ads compared to TV spots. Upon closer inspection, however, there’s good news. Because if you dig deeper into the results and the case studies, what you’ll find is that as a still-nascent media platform, online video is proving its value as a driver of advertising ROI across a spectrum of metrics.

Industry case studies have clearly confirmed that targeted ads to known audiences — i.e., highly specific targets — registered significantly higher ROI in terms of value of performance against pricing across various categories for a number of key performance indicators — including click-through rates, video completion rates, brand recall and purchase intent — compared to video and traditional TV, which are often bought against broad demographics or even on a run-of-site basis.

This type of ROI analysis helps shift a marketer’s focus from price to outcome. In other words, it balances the equation: audience (target) times action (metric)/cost= ROI. As online video evolves, it will serve as an important benchmark to help advertisers maximize their investment dollars and better understand video’s role within the marketing mix.

In the end, whether you’re dealing with the significantly larger inventories in display advertising or the more limited inventory in video advertising, it’s difficult to refute the relative performance of targeted-addressability approaches versus the traditional audience composition of content-based buying that has historically prevailed in television. Thus, advertisers should feel confident in paying a premium for targeted campaigns and not be stymied by a knee-jerk aversion to higher CPMs.

As targeting tools and technologies continue to evolve and improve, hyper-targeting and even one-to-one addressability will rule the roost, eventually obliterating the line between digital and traditional. That day is coming, and I’m pretty confident that looking back years from now, this current difficulty with higher CPMs will seem rather quaint.