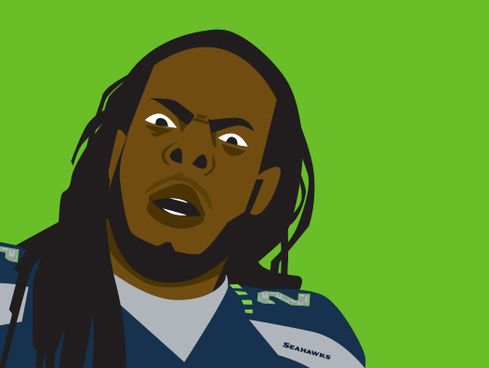 Mottram came up with For the Win, a standalone digital media brand that would take its cues from viral publishers like BuzzFeed, Upworthy and others. It would be squarely focused on social and mobile. The result after its first year: FTW has now drawn an average monthly audience of 9.1 million, two to three times what ballyhooed new digital sports media brands like ESPN’s Grantland and Sports Illustrated’s MMQB.

“We’ve focused on two things: the social distribution of content and the mobile consumption of content,” Mottram said at the Digiday Platform Summit. “When you’re launching a site in 2013, it was clear these were the two big drivers to growing your audience digitally.”

FTW is an unusual media property in several respects. For one, 75 percent of its traffic is mobile. Hardly anyone comes to its homepage. Nearly all of its pieces are under 300 words. The site is so focused on mobile that its content-management system’s preview feature shows its eight writers what their pieces will look like on phones. And it draws 99 percent of its traffic to its article pages.

“The homepage doesn’t even matter, it’s a prestige thing,” he said.

Here are Mottram’s lessons of what works with social content:

Curated social news
FTW focuses a lot on packaging. It takes what’s buzzing in social and gives it a great headline, photo and further social context.

“This is right out of the BuzzFeed playbook,” Mottram said.

Social scoops
A classic viral story was when New England Patriots wide receiver Wes Welker won big at The Kentucky Derby and celebrated by giving out hundred dollar bills to people. FTW not just aggregated the social postings about it, but it also deployed reporters to talk to the people there and get unique content on the hot story.

Cool visualizations
Seattle Seahawks cornerback Richard Sherman is a lightning rod — and a subject of passionate interest. FTW created an infographic that told his life story like a comic strip. That helped it differentiate and draw buzz.

Shortreads
For many digital publications, going long is now a point of pride. Long feature stories are popping up more and more online. FTW doesn’t follow. In fact, it strives to be as short and pithy as possible.

See Mottram’s full presentation in the video below:

How to Harness Viral for Content from Digiday on Vimeo.