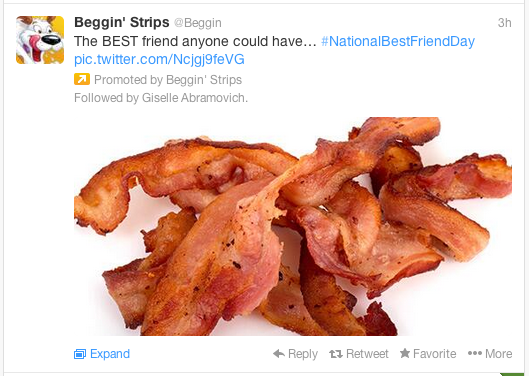 This afternoon the social network tweaked its timelines to include pictures and Vine videos “front and center” in tweets, including paid ones created and promoted by brands.

That might sound like a small update, but it’s potentially a huge one for advertisers. It will afford brands the opportunity to include images and videos in their promoted tweets which users won’t be able to avoid. Brands can essentially buy display advertising on Twitter now.

With its IPO looming, Twitter is giving advertisers what they want, and that’s “high-impact” visual ad formats.

Twitter is undergoing a crash course in how the ad world works. When it first introduced “promoted tweets” in 2011, it claimed it would do things differently, insisting its “promoted tweets” were simply organic messages that were given added visibility. With this new capability, Twitter is getting closer to giving advertisers typical display ad units, even if they’re dressed up as tweets. The images in promoted tweets will display on both mobile and desktop devices, but they’re not standard banner ad sizes, meaning creative will have to be developed specifically for Twitter.

The move is a similar to the recognition Facebook had that it would need to drop its insistence of changing advertising in favor of catering to how the world of media works now.

In September, MRY’s chief distribution officer, Jeff Melton, told Digiday his agency was thirsting for more “creative opportunities.” Twitter’s answer is that the promoted tweet is the envelope; what advertisers put inside that envelope is up to them.

The introduction of images and video to promoted tweets means advertisers will likely focus their attention on the inside of the envelope, as opposed to the 140 characters of text they can also include. It’s easy to see how a promoted tweet with rich, compelling visual content could outperform one without.

Twitter is also gearing up for its IPO, of course, and eager to show potential investors that it has what it takes to attract the attention of big brand advertisers. Updates like this one will help.