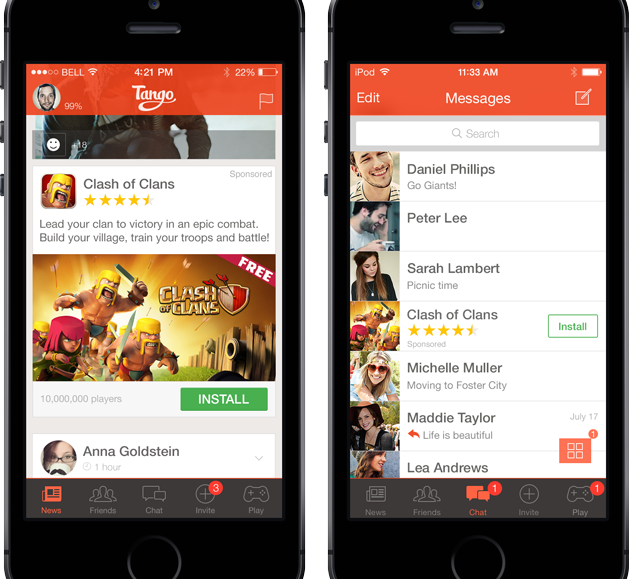 Twitter’s clearly got big ambitions to be a major player in mobile advertising, staking its ground on the twin buzzwords of “native” and “programmatic” as the tentpoles of its strategy.

Today Twitter made its first small step in this direction with the rollout of app-install ads via MoPub, the mobile marketplace Twitter bought in September. Loudly trumpeted as “native,” the ads themselves aren’t all that different from what’s already out there. Facebook has been making a mint of selling app installs on mobile, a fact that surely didn’t escape Twitter when putting together its road map. The mobile ad market is dominated by these types of advertisers since they sell additional gameplay and other doodads to users. That makes the installs very valuable, a situation that wasn’t all that different from early Facebook advertising that relied on social gaming companies.

“A lot of people don’t realize how much transition volume is driven by people driving app installs,” said Jim Payne, founder of MoPub and vp of exchange at Twitter. Twitter showed off the ad in chat app Tango.

MoPub isn’t using any Twitter data in the targeting of the ads. As has been noted, Twitter’s opportunity in mobile in large part resides in its deep trove of user data that can be used for precision targeting in a cookie-less environment.

The app-install ad unit is also not the type of ad format that the world’s biggest brands are clamoring for. It won’t solve their mobile needs. But for Twitter it’s a first step in coming up with mobile ads that fit the experience and context of the app or mobile site they’re in. The company has said its mobile approach is not to simply spread its promoted tweets on other sites but find native ad experiences that fit non-Twitter environments.

“There are a lot of opportunities to bring premium brand advertising spend to mobile,” said Kevin Weil, vp of product for revenue at Twitter. “There are certain mobile apps that have been hesitant to use advertising at all. If you can bring high quality interactive ad unit that fits in the experience, that can change.”