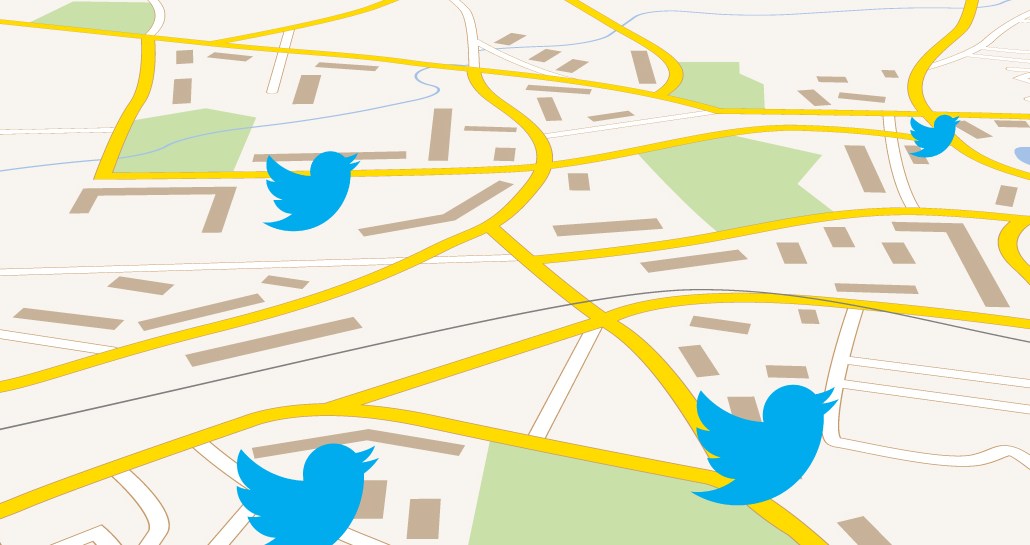 Twitter has grand ambitions as an ad platform, and it appears poised to make a foray into the lucrative but fragmented world of local advertising.

Twitter recently rolled out a new map-based feature called Nearby to select users, allowing them to see a map of what people in the vicinity have recently tweeted. While Twitter, which declined to comment, asserts that Nearby is merely one of its many “experiments,” agency execs believe it could help the company compete with Foursquare, Google and Yelp for local advertising dollars. Twitter could easily generate ad revenue from Nearby by allowing local businesses — or national business with local outlets — to promote their tweets within Nearby’s map. A Twitter user could check Nearby and see a promoted listing for a sale at a nearby Macy’s, a coupon to the Starbuck’s around the corner or a listing for a local dive bar, for instance.

This would make Twitter slightly more like Foursquare: a social media utility people use not just to discover what celebrities, friends and media figures are talking about, but for people to discover what’s occurring in their immediate vicinity. (Foursquare declined a request to comment.) Of course, there have been other premature reports of Foursquare’s demise. Facebook Places was hailed as a “Foursquare killer,” yet it never took off.

“It’s definitely a dagger at Foursquare if it does take off,” said Dirk Rients, director of mobile at DDB.

It would also help complete Twitter’s ad package. It already caters to big brands at the national and global level, citing Barack Obama’s use of promoted trends during his 2008 presidential campaign and Marvel using promoted tweets to advertise “Iron Man 3” in the U.K. among some of its largest successes. It has also worked to build out a direct-response business that has helped brands like Arby’s collect consumers’ email addresses. A local ad play would make sense, especially considering how strong Google and Facebook are in local ads.

“Advertisers can market on our platform in a variety of ways, from broad global campaigns to highly-targeted local ads,” Twitter said in its IPO filing. Nearby would help it better realize the latter.

“Nearby opens up local as another advertising channel for Twitter,” said Nihal Mehta, founding partner of Eniac Ventures. “Twitter has just been really national display so far. With Nearby, they can get local small businesses on board.”

If Nearby does become a full-fledged, widely used Twitter feature, it’s not certain whether Twitter will have a meaningful impact on local, small-business advertisers. Foursquare, Google and Yelp have already established advertising relationships with small businesses, many of which are typically reluctant to spend on digital advertising.  A March 2013 report from Boston Consulting Group found that small businesses spend only 3 percent of their advertising budgets on digital advertising, 12 percentage points less than the national average.

Alex Jacobs, group director of marketing at DigitasLBi, said Nearby could also be useful for event marketers hoping to lure consumers into venues or a brand trying to promote the opening of a pop-up store. Jacobs was skeptical about Nearby’s potential for success, however. Turning Nearby into a lucrative local and events marketing advertising stream is predicated on people changing their Twitter habits. Specifically, users would have to suddenly become interested in tweets based on location, as well as who they choose to follow.

“On Twitter, if it’s someone who is not personally connected to me, do I really care in that moment what some stranger nearby is saying?” he said. “Unless you’re actually doing something worth talking about nearby, you’re just going to be sticking some message in front of someone,” he said.

Rients disagreed, saying Nearby could have huge implications for consumers and advertisers.

“Nearby sends a stronger signal versus Foursquare,” he said. “With a tweet, there’s more context. It’s more than just location; you can tie location to the mood of the user.”