Attention foodies: Your Instagram could be on Time Out NY’s cover 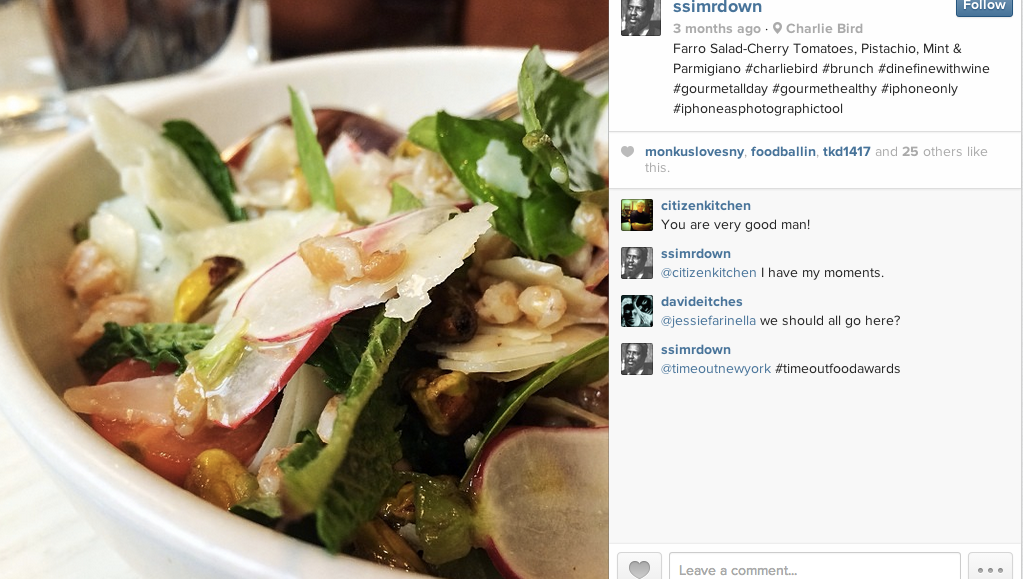 New York foodies, your meal is ready for its closeup. Time Out New York, the local weekly guide to events and restaurants, is tapping its 26,000 Instagram followers to crowdsource a cover: the most-captivating food picture from a nominated New York City bar or restaurant with the hashtag #TimeOutFoodAwards will grace the front of its popular annual Food & Drink Awards Issue. 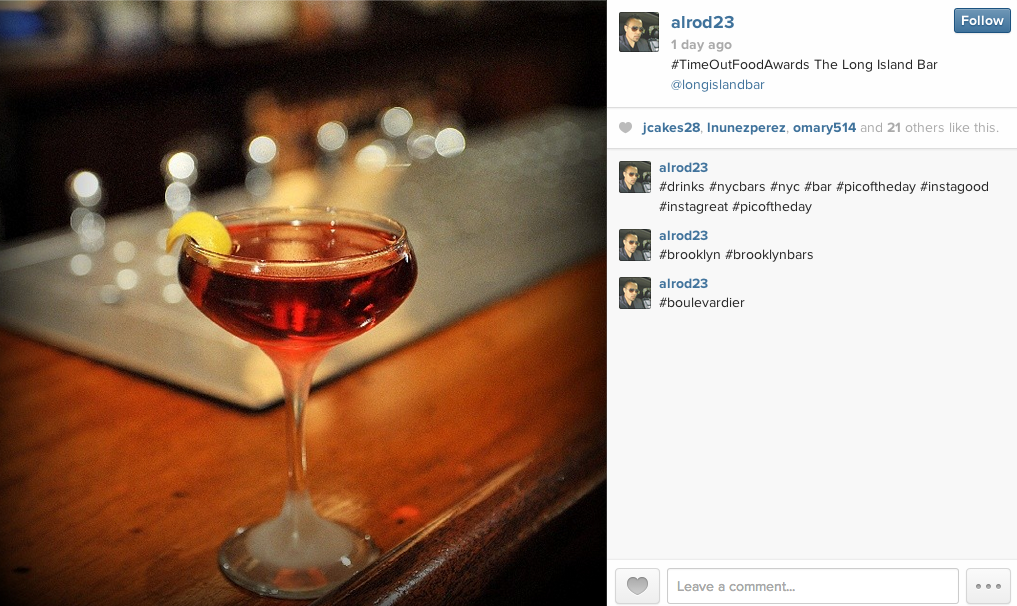 “We were hoping to get a photographer to shoot the whole thing with the iPhone and filter the images,” said Terri White, the editor-in-chief of Time Out New York, “But, then we decided we wanted to get the entire Instagram community — we thought it’d be great to get them involved to them in the creation of the cover.”

Selecting the final photo, which will appear on the March 27 cover, will come down to a conversation between White, Time Out New York’s food editor Mari Uyehara, and photo editor Jennifer Arnow.

“It’s 2014 and everyone Instagrams their food,” said White. “Everyone really wants to document what they’re eating.” Indeed the ubiquitous hashtag #foodporn, for example, contains more than 23 million photos, according to social tracking site Webstagram.

So far, more than 450 photos have been submitted to to the #TimeOutFoodAwards hashtag on Instagram since the contest launched last Friday.

If you’ve got a favorite photo from a few weeks (or months) ago, no matter. Retroactive hashtags work, too: 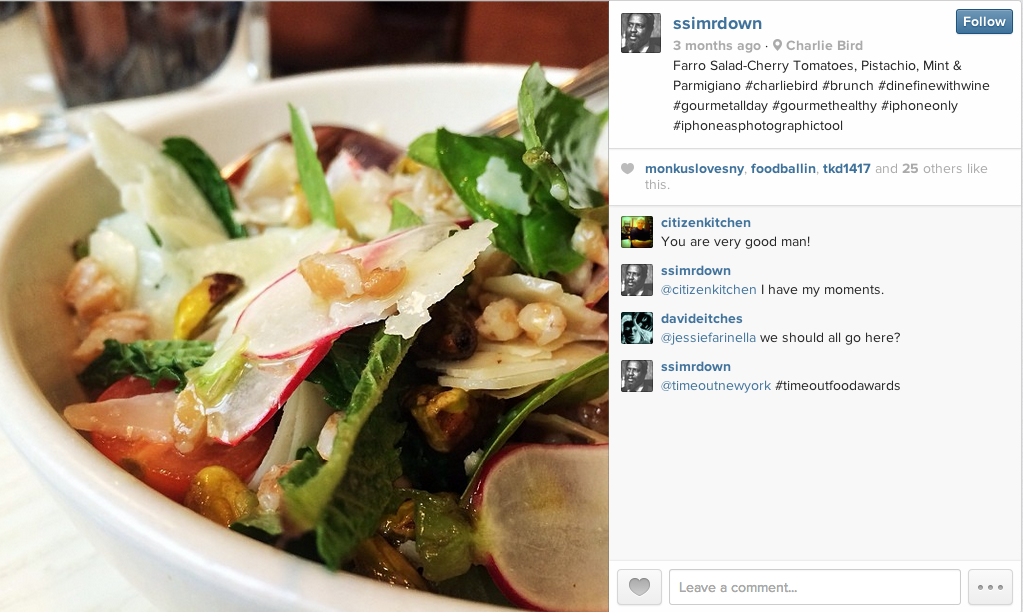