These publishers blend e-commerce with content — and make it work 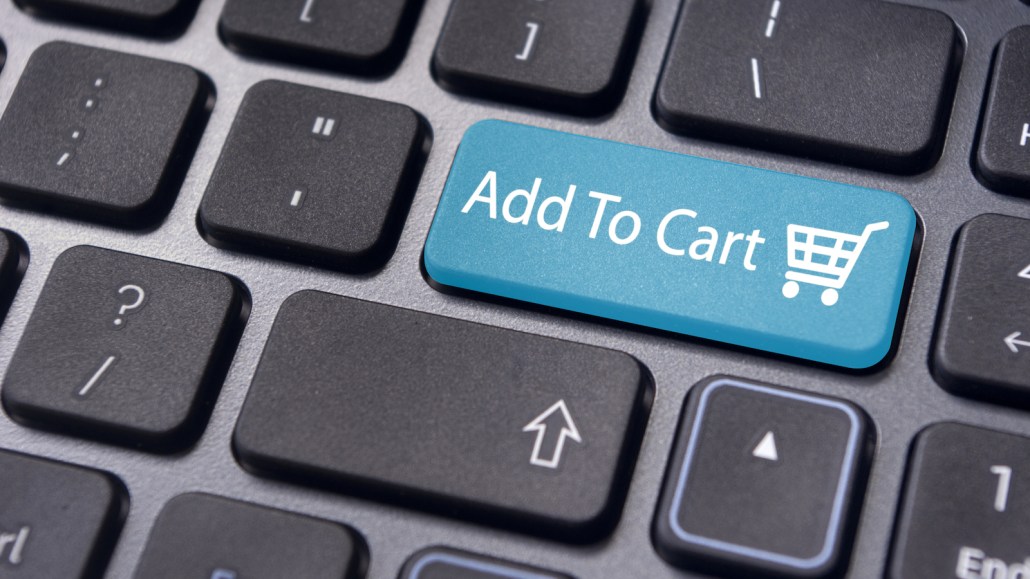 The Washington Post drew some unwanted attention to itself after a kerfuffle over its insertion of “buy-it now” buttons in articles. But while the Post’s practice of putting links that facilitate purchasing goods into news stories didn’t sit well with some readers, the reality of publishing means such sites must chase multiple sources of revenue.

“Every publisher’s trying to figure out what the revenue model should look like. Rather than one, you’re likely to have several,” said Kelly McBride, ethics expert at the Poynter Institute. “This is one of eight or 10 of those small revenue lines.”

Doing e-commerce can be fraught with issues, though. In addition to forging the relationships with retailers, publishers need to decide when to embed links and who should do it, all to ensure links are consistent with their publishing mission and serve a reader’s purpose. And, as the Post case showed, in which a big button interrupted the text of the story, McBride said, “You can never be too transparent.” 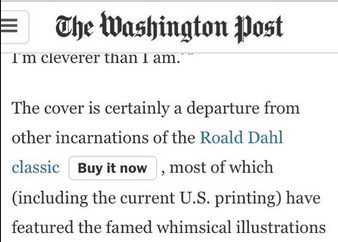 No one is giving up the affiliate-revenue model just yet. Here are three that have made it a core part of their business but remain publishers at their core (unlike Gilt Groupe, which is fundamentally a commerce company, and Thrillist, which sells its own products).

Gawker Media
Gawker has been driving sales to retailers through buy buttons, which often appear on tech product reviews like this one on Kotaku, its gaming site. The process is built into Kinja, Gawker’s commenting platform, which automatically embeds affiliate codes, product previews, and buy buttons are inserted (sometimes with a product photo included). 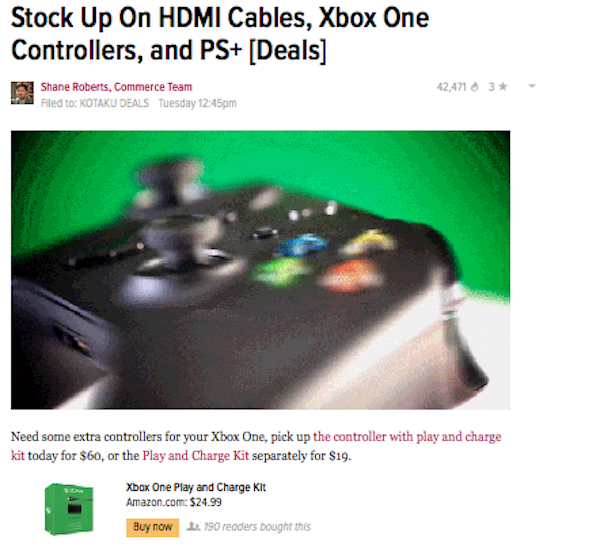 “This is exactly the type of monetization that is in service to the reader experience (bringing the product they are actively reading about to them for closer inspection) rather than in obstruction to it,” said Erin Pettigrew, vp of business development at Gawker Media.

It’s apparently working for Gawker: It gets a cut of each sale it drives, and per the company, affiliate links drove an estimated 10 percent of sales last year.

Refinery29
The fashion site has also shown the potential for affiliate links to become a lucrative sideline. With a model that blends commerce and publishing, Refinery29 uses its editorial content like fashion and beauty products slideshows like this one and this one to drive e-commerce, along with selling display and branded content ads. 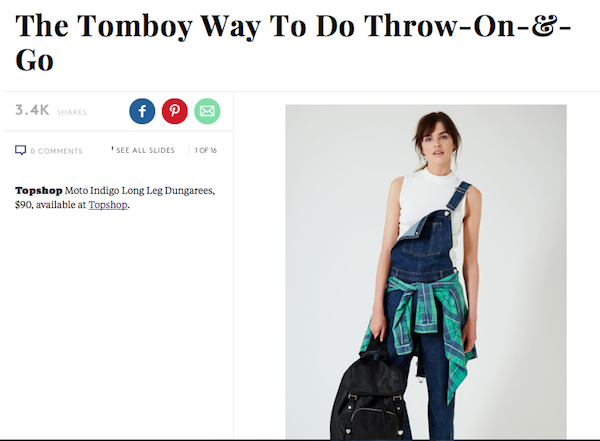 The company gets a piece of every sale, and e-commerce is a growing part of the business, according to Patrick Yee, evp of marketing and content strategy. Affiliate revenue, while less than 10 percent of the total company pie, has more than doubled since January. The company believes it can attribute more than $1 million to affiliate revenue as of this summer.

The Wirecutter
This offshoot of The Awl is a buying guide for all things tech (and complemented by sister site The Sweethome, for products for the home). The brainchild of Brian Lam, Wirecutter doesn’t just throw up a list of recommended products, though, but backs them up with research and opinion. He also doesn’t publish that frequently, explaining that his criterion is to write about things that are actually worth recommending, not just things that are new. 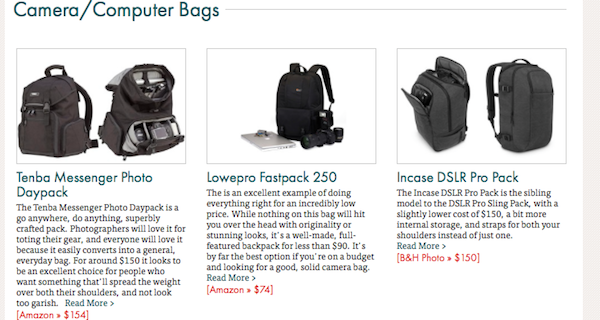 In this Q&A on the site, Lam goes to lengths to explain his approach. He allows that getting affiliate fees creates bias, but his point is that he’s not going to recommend bad products, because then people will return the product and the site won’t get its cut.

Lam declined to say how much money affiliate links make for the Wirecutter, suggesting that, even for the most successful users of this model, affiliate links haven’t become a huge source of revenue. At a time when publishers also are trying to drive repeat visits, affiliate links are arguably doing their job if they provide a service that gets the audience coming back.

“We just do great content that is designed to help people, and things tend to work out for us in the end,” Lam said. “I have to say, though, if we wanted to really make a ton of easy money, we would create a content farm of low-level bloggers and sell a bunch of ads. We’re in this for the service, first and foremost.”