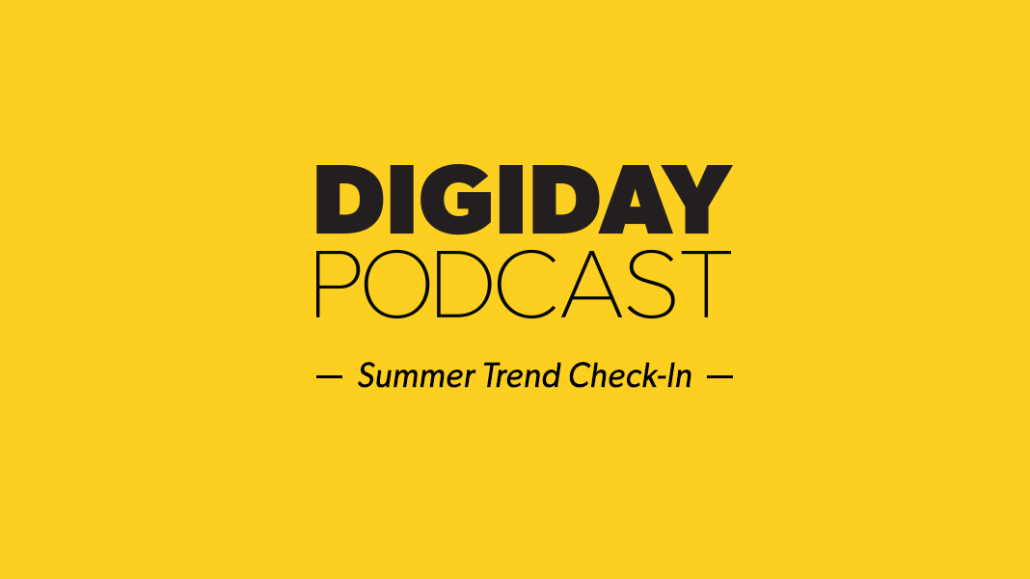 The media and marketing industries seem to be approaching another inflection point. The delta variant is beginning to put the brakes on the return to normal that had been underway since the start of the year fast 300 loan. That makes mid-August — already a typically slower part of the year — an opportune time to catch up on the top trends of the ever-changing moment.

In this week’s Digiday Podcast, co-hosts Kayleigh Barber and Tim Peterson talk about the delta that marketers and media companies are finding themselves in. Spring’s stability has given way to a summer of uncertainty, cracking open the question of how businesses will fare in the fall. Fortunately, the swings of the past year and a half has positioned companies well for this state of flux.

The conversation spans the status of companies’ plans to return to the office and host in-person events, the Cheap Cartier Replica advertising rebound that businesses have experienced this year, how companies continue to build up their commerce businesses, publishers’ shifting subscription strategies as retention becomes the priority and the latest wave of media consolidation.

Peterson: Someone I was talking to this morning was saying that their company probably isn’t going to return until January at this point. They had originally been looking at September. Someone else I was talking to yesterday was saying they have a betting pool at their company on when they’re going to return and that they’re looking at November, but the Cartier Replica Watches smart money is on January.

Barber: Once people do go back to an office, I think they’re going to be way more likely to sign off at six at the latest and walk out and not touch their laptops again. So from that end of productivity, it could potentially behoove publishers and other companies to not send their employees or force them back into an office, just because they might be working more hours if they don’t have a commute. I know personally I’ve been doing that.

Peterson: Companies are putting out their second-quarter earnings reports. Netflix reported they actually lost subscribers in the U.S. and Canada. Roku saw a drop in the amount of time people spent streaming video on its connected TV platform. That seems to align with people getting vaccinated and being able to travel and return to life again. It’s not like people are going to stop watching TV. But the Cartier Replica same way that there was a streaming spike in the spring of 2020, it also seems like there’s the inversion this year.

Barber: You have places in the world that had issues with supply chains and manufacturing that had implications on retailers and Amazon, which then trickles down to have impacts on commerce businesses for publishers список кредитных карт онлайн. So if places like India — which had been struggling for so long with COVID and was still very hard hit even when the U.S. was getting vaccinations and is still struggling — it’s hard to say if those types of manufacturing facilities continue to struggle or are continuously hit, is that going to impact U.S.-based commerce businesses again?