Tales From the Digital Media Crypt 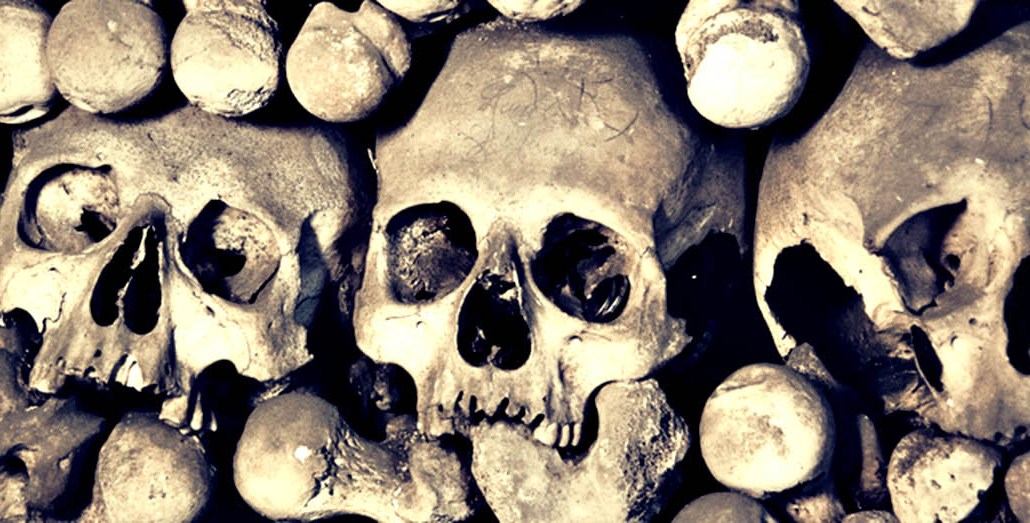 Hello, Boils and Ghouls! Imagine if the scariest memes in digital advertising were actually horror films. What bumps in the night make you jump with fright? Prepare for a terrifying trio of digital marketing horrors to make brands and publishers scream more than any hockey-masked psychopath. 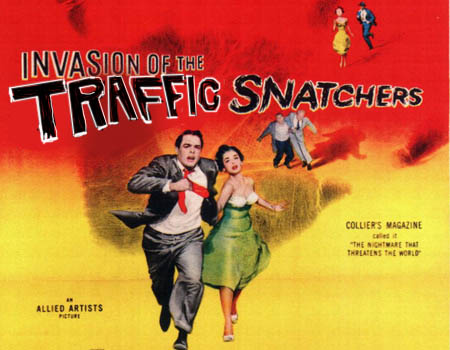 A classic, black-and-white, grainy film about a young media buyer with big hair and big dreams who takes a job at the biggest digital agency on Earth.

At first everything seems perfect – every campaign she runs gets click after click. The CTR is astronomical. But something doesn’t feel right. It’s all too easy. She mentions this to her coworkers, but they are dismissive and a little …off.

Spurred by her curiosity, she digs deep into the campaigns and realizes that while every ad gets a lot of traffic, there are no conversions: All the traffic is what everyone fears: Bots.

She confronts her coworkers, only to discover that they too are bots! She turns to the police – bots! Her friends – bots! Her husband – A BOT!

Isolated and desperate for escape, she Tweets a final plea for some semblance of humanity to save her – only to have it retweeted and favorited over and over again, until she goes slowly insane, her phone buzzing beside her with endless push notifications – from bots.

The early-80s essential about a retail brand in Southern California that moves into the abandoned offices of a recently defunct agency, which went out of business under mysterious circumstances.

As the brand settles in, business is booming. With the holidays looming, they begin preparations for a major online campaign. But after the campaign launches, strange things start to happen.

An inordinate amount of their traffic seems to be coming from a few concentrated sites, but when they go to visit those sites, they’ve disappeared! Money from budgets begins to disappear, without any explanation or return on investment. Numbers inexplicably move from one campaign to another.

It becomes obvious that they are dealing with polter-sites: malevolent spirits that create false domains and feed off the budgets of unsuspecting advertisers. The spirits communicate to the brand through a young marketing manager, who speaks to them through her iPad mini.

The CMO calls upon an exorcist, who implores the gods of Big Data Analytics to expose and expel the demons, demanding the veil between the buyers and the sellers become transparent.  But rather than disposing of the ghoulish sites, the attempts at transgressing the veil only anger them, and the demons suck the final bits of budget into their websites of the beyond, condemning the blossoming brand to bankruptcy and downsizing.

The movie ends with yet another unsuspecting brand, this time a pet-store supplier, touring the again-abandoned offices, amazed at how little the rent is. The end … or is it? 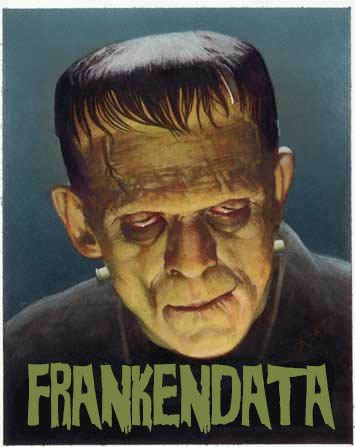 The quintessential standard against which all other horror films are measured, this film centers around one senior data analyst who becomes obsessed with the idea of collecting and combining all the different forms of data into a cloud-based form that would give an accurate reflection of life itself!

Ridiculed and humiliated by his peers, the data analyst locks himself away and pursues his experiments in an isolated castle filled with massive servers. Gradually, he begins gathering pieces of data from the coffers of the Internet. He fills his servers with transactional, behavioral, demographic, device, browser, third party and first party data – no bit of information too small, no detail too minute.

Finally, on a dark and stormy night, he is able to assemble all the data into a singular entity: Big Data.

It’s a miracle, a wondrous, if grotesque representation of life as we experience it. But Big Data is too much for the senior data analyst to control. It overpowers him and escapes into the night, wild and scared, with strength it is not yet able to comprehend or command.

The outside world proves unprepared for Big Data. Faced with infinite possibilities and miraculous understanding, villages of advertisers and publishers alike are terrified. They shout protests, denials, implications and accusations founded in nothing but fear of what they are not yet ready to accept.

In the end, they storm the castle hiding the misunderstood monster with torches and pitchforks in hand and shut down the servers, speaking the immortal words, “What we don’t know, can’t kill us.”