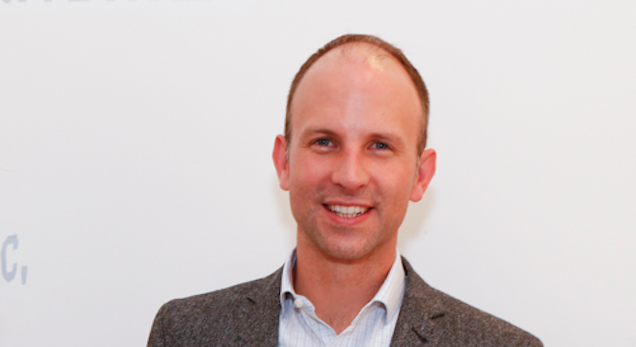 This is the second installment in a series that will profile four young executives rethinking the publishing business. This series is sponsored by Sonobi, the first and only digital advertising platform created by digital publishers for publishers.

Quartz’s newsroom is full of tinkerers, where edit and product sit side by side trying to re-imagine how journalism looks in the digital age. One of the site’s editors once hacked a lightbulb so it would light up every time someone mentioned Quartz on Twitter. An engineer built a tool for the open Web called Chart Builder to create charts and graphs on the fly.

Of course, one would have to expect that a newsroom run by Kevin Delaney would be filled with tinkerers and hackers. With Quartz, he’s hacked the very notion of what an online magazine can do. With concise stories and attention-grabbing headlines, Quartz has been mobile-friendly from day one, yielding both impressive traffic and kudos from media critics.  According to comScore, Quartz enjoyed 1.8 million uniques in October. For comparison, the 170-year-old Economist saw 2.2 million uniques last month. Not bad for a newly-assembled 25-person edit team.

Delaney, 41, has a history of breathing life into digital media. As the deputy managing editor and later as managing editor of WSJ.com, he brought a digital focus to the paper at a time in the organization when no one had done that before. He had a vision of what journalism could be in the digital age. This is precisely what Atlantic Media owner David Bradley had in mind when he and former CEO Justin Smith approached Delaney at the end of 2011 to run a new publication they thought would re-envision what a modern publication would look like.

The new outlet would be mobile-first. It would be a startup with no operational or infrastructural issues established publications face. It would be journalistic, meaning deep reporting and analysis, not just kittens. And it would give Delaney a blank slate to shape a publication based on the years of covering new media companies.

“What I saw was the opportunity to act on some of my convictions of the future of media that would take longer to pursue within a traditional news organization,” Delaney said.

Convictions and Vision
After covering technology companies like Google and Yahoo for more than a decade at the Wall Street Journal, Delaney came to believe that media today needs to be digitally focused. That means writing headlines and content for the social Web and incorporating some kind of visual, like this story titled “Walmart is sending mixed messages for the holiday shopping season,” which has a graph of Walmart’s quarterly selling, general and administrative expenses.

“So much of our traffic opportunity is social, so that pushes you to write for humans,” Delaney said. “We want to write headlines people click on. That compels you to write good content.”

That also means that stories have to be concise. Quartz stories run around 400 words, though there are some that cross the 1,000-word barrier, like this 1,200-word article on how Christie’s auction house is a barometer for the decline of the art market. Research shows readers don’t get to the bottom of stories, so why write so long?

Finally, Delaney believes in the power of design. He spearheaded a design that has won plaudits for ditching the pageview paradigm. Instead of reaching dead ends at the bottom of articles, readers flow into the next one. It’s an experience familiar to Facebook and Twitter users but foreign on news sites.

“That’s the moment when you need someone who will stand up for those ideas and to advocate for what his staff would like to do,” said Zach Seward, a Quartz editor who followed Delaney from the Journal. “We all can bask in the glow of people praising the design nowadays, but it was Kevin who took the real risk of backing it and deciding this is how we’ll go.”

Wall Street Journal
During summers when he attended Yale, Delaney interned at the Wall Street Journal. And after a couple of years working in TV, he took a job for the Journal in Paris covering the European tech scene. He shared an office with the late Daniel Pearl. Delaney came stateside in 2004, operating out of the San Francisco bureau where he covered Google’s IPO, the implosion of Yahoo, the rise of Facebook and Twitter. According to several former Journal colleagues, Delaney’s reporting of Google’s IPO is still used as a model for covering tech startups-turned-public companies.

One day in 2007, Alan Murray, the Journal’s executive editor for digital, asked Delaney what he would do if he were to run WSJ.com. Delaney came back with a 20-page memo outlining much of what would become the paper’s digital strategy. He wrote that the company needed to bolster search engine optimization. He argued that the website – not the paper – should be what reporters thought of first and that the site needed upgrades.

Murray brought him back to New York to help the Journal shift from analog to digital and named him deputy managing editor of WSJ.com. Eighteen months later, he was promoted to managing editor, where he would lead the Journal’s digital side for the next four years. In late 2011, he was recruited by The Atlantic to launch what would become Quartz.

“If you’re in my role and charged with trumpeting and monetizing a vision — and creating a pathway to the future — you want someone you can completely trust,” said Jay Lauf, Quartz’s publisher. “I genuinely feel that way about him. He’s got a good, quiet conviction and confidence in what he’s doing. It’s a great secret weapon for us.”