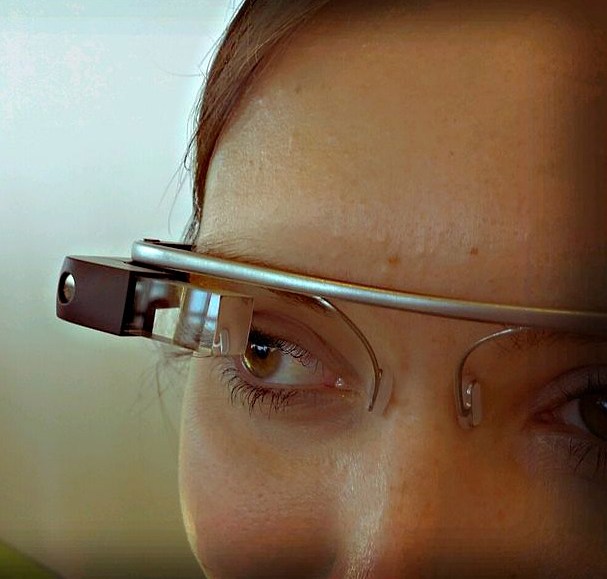 This is the second installment in our series, The New Brand Playbook. It is sponsored by Sociomantic, a market leader in driving incremental sales at scale for e-commerce marketers with programmatic display advertising solutions for desktop, mobile and Facebook.

If you are your agency’s registered ifluencer-in-residence — with your funky hairdo and British accent — you’ll probably want to quietly delete all your old blog posts on the importance of QR codes and how Viggle will transform TV advertising. Not a good look in hindsight.

But fear not, Digiday is here to help you determine what the next wave of hot mobile trends are. Digiday spoke with several mobile experts at agencies and came up with the following list of what’s in and what’s out in mobile for 2014.

OUT: Google Glass apps for consumers
The streets of Williamsburg and San Francisco’s Mission District will not run red with the blood of tech-savvy millennials who got hit by cars because they were distracted by Google Glass in 2014. Despite being one the most hyped mobile device products of the year, agency execs are not expecting Glass to be as widely adopted as smartphones anytime soon. So while some agencies and publishers are dabbling with Glass apps — “Glassware” in Google parlance — they’re unlikely to have a tangible effect on anyone other than, well, Glassholes.

“While it sounds pretty cool to take photos of your baby without taking out a phone or camera, most people aren’t going to pack Glass in their diaper bags and will find the iPhone works well enough,” said David Berkowitz, CMO at MRY.

IN: Glassware for enterprise uses
While it may take years for Glass to reach a critical mass with consumers, agencies are expecting it to have a profound impact on business-to-business operations. Retail employees could use Glass’s camera to scan an item’s barcode and determine how many units were left in stock, for instance. Doctors could use the head-mounted display to bring up a patient’s health records. Digital agency Roundarch Isobar is already looking into building Glassware for clients the United States Air Force and General Motors.

“Expect some killer apps through professional use cases in fields such as healthcare, industrial design, engineering, insurance and government services,” Berkowitz said.

OUT: QR codes
QR codes — pixelated blocks of black and white that adorn outdoor advertisements — were once thought of as the way to connect the digital and real worlds. To no one’s surprise, QR codes proved far too laborious to ever take off among mobile users. In order for QR codes to work, people need to have a QR scanner app already downloaded to their smartphones and then be willing to stop walking, unlock their phones, open the app and scan the QR code on the billboard they were so excited to see.

“They’re as dead as a dodo,” said  Adam Buhler, DigitasLBi’s vp of creative technology. “They seemed like the holy grail, but they’re horrifically ugly. I’ve heard them described as a robot vomit.”

IN: In-store device tracking
Tech companies big (Apple, Google, PayPal, Qualcomm) and small (Foursquare, Nomi, Shopkick) are rushing to stores near you so they can track people’s retail habits. By tracking people’s smartphone locations, tech companies are not only able to tell which stores people visit, they can also see what aisles they browse during their stay. Agencies, meanwhile, are ecstatic about being able to serve ads based on that data.

“Brands will start to experiment on how to deliver relevant content based on the user’s location in-store. If beacons integrate the ability to pay from your phone, they could be a game-changer for the mobile payment industry,” Dirk Rients, director of mobile at DDB, said.

OUT: Second-screen apps
Remember Viggle? What about GetGlue? The general populace doesn’t. They were too busy tweeting to notice they ever existed. The only second-screen apps that really matter are Twitter and, to a lesser extent, Facebook. People don’t want to check in to some parasitic website just so they can get a two-for-one Pepsi coupon.

“It was a telling sign when the Viggle-GetGlue deal fell through because the former hot TV ‘revolutionary’ app couldn’t muster the cash to acquire the latter hot one,” MRY’s Berkowitz said. “A few third-party TV apps matter, but most of the second-screen activity is either happening on Facebook and Twitter or through experiences created by the TV networks.”