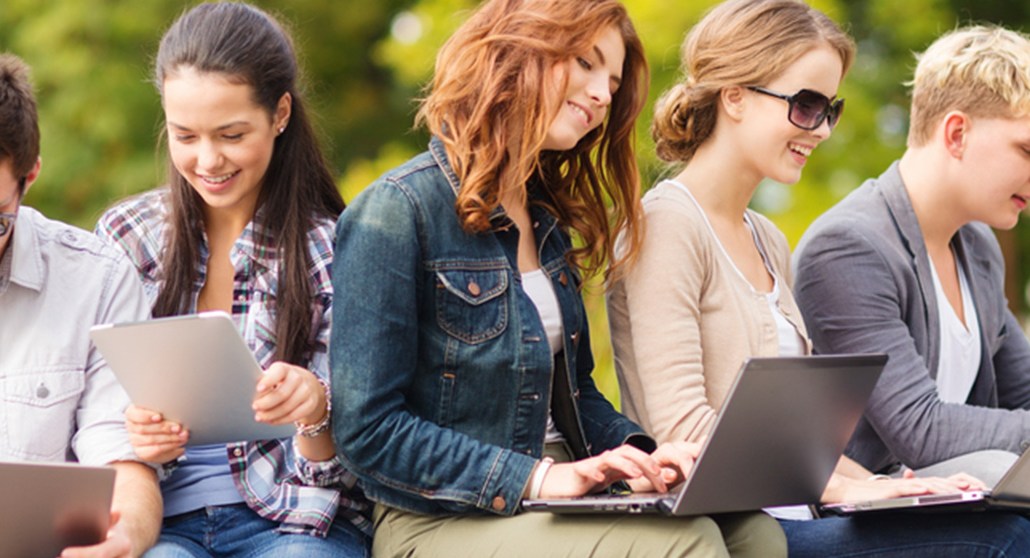 You know that the “Facebook isn’t cool anymore” storyline has hit its pinnacle once the leader of the free world starts talking about it.

“It seems like they don’t use Facebook anymore,” President Obama recently told a group of millennials over coffee, according to The Atlantic . The “they” in question? Young adults.

New comScore data obtained exclusively by Digiday shows that the president was not entirely wrong. Facebook’s penetration among U.S. college-aged adults (age 18 to 24) decreased by three percentage points to 88.6 percent in Nov. 2013 from Feb. 2013. Facebook — which initially became popular by solely catering to college students — remained the most widely used social network on campus, but it’s cool factor among college-aged adults has indeed diminished. Facebook did not immediately return calls for a comment.

The numbers also point to which platforms have increased their traction with younger users. Instagram, Twitter, Tumblr, Snapchat and Vine all gained users over this time period. Snapchat’s reach among 18- to 24-year-olds increased eightfold, to 25.9 percent in Nov. 2013 from 3.2 percent in Feb. 2013. Vine — which was launched in late Jan. 2013 — grew like a weed over that nine-month period; its reach went from not even registering with comScore in Feb. 2013 to 25 percent penetration that November.

And there are plenty of other contenders vying for the social throne. Blend, a new social networking app entirely focused on serving college students, has attracted 75,000 daily active users just three months after launch, co-founders Matt Geiger and Akash Nigam told Digiday. Some of that growth can be attributed to the company’s promotional video of a University of Colorado party so debauched that it drew the ire of Bill O’Reilly.

What follows is a Digiday breakdown of social utilities that examines how popular they are among this age group and why:

Facebook (used by 88.6 percent of 18- to 24-year-olds in Nov. 2013, down from 91.5 in Feb. 2013)
“’Young adults aren’t using Facebook’ is a fun story that some lazy people like to tell,” Jason Stein, president of social media agency Laundry Service, said. Still, there’s a difference between utility and appeal. Stein added that Facebook certainly isn’t cool anymore, but it has transformed into a useful Internet service like Google. Dave Marsey, evp at digital agency DigitasLBi, echoed Stein’s sentiments, saying that the popularity of Facebook’s photo features and Facebook Connect — an authentication system that allows people to use their Facebook information to create profiles on other websites — will keep young users locked in. “The degree and depth of their engagement, however, will continue to soften,” he said.

Instagram (51.5 percent in Nov. 2013, 44 percent in Feb. 2013)
Stein attributed Instagram’s success among young adults to the relative ease with which it allows them to express themselves. “It’s the visual version of Twitter. In particular for that age group, Twitter may be a little more uncomfortable,” he said. “Instagram is just photos, so it’s easier to express yourself than through copy.” Marsey said Instagram has tapped into millennials’ endless need to assert their individuality. “You can have two photos snapped from the same vantage point, but they’re different because of the filters and the blurring effects,” he said. Facebook owns Instagram of course, so its popularity ultimately benefits Facebook.

Twitter (43.7 percent in Nov. 2013, 40.1 percent in Feb. 2013)
Marsey said Twitter has caught on with college-aged adults because it allows them to comment on shows, concerts, parties and sporting events in real time. Stein said it’s popular, but used differently from adults and tech and media junkies. “Using it as a way to consume information but not necessarily outside of their peer groups,” he said. “There’s a lot of back and forth at messaging.”

Tumblr (35.5 percent in Nov. 2013, 31 percent in Feb. 2013)
Tumblr is slightly less popular than Instagram and Twitter because it’s a more laborious medium, Stein said. Rather than being solely for photos (like Instagram) or mostly text (like Twitter), Tumblr’s combination of text, GIFs, photos, links, audio and video makes it harder to master. “Instagram is lightweight in many ways,” Marsey said. “With Tumblr, you register and you have more possibilities, but you have to think a little bit deeper about.”

Snapchat (25.9 percent in Nov. 2013, 3.2 percent in Feb. 2013)
On the other hand, college-aged students in the U.S. are nearly four times more likely to be on Snapchat than the general populace, according to comScore, and that meteoric rise is almost entirely due to its emphasis on ephemerality. You Snapchat your friend, and then it’s (hopefully) scrubbed from the Internet. “The allure is the sense that it’s private and fleeting,” Marsey said. That kind of value proposition makes Snapchat’s recent security breach all the more glaring, however.

Vine (25 percent in Nov. 2013, NA in Feb. 2013)
Vine has quietly become popular in its short existence by appealing to college-aged adults’ creative drives and short attention spans, Stein said. (By comparison, only 9.7 percent of the total digital population uses it.) “Six seconds is just perfect in terms of the amount of time. It’s the 140-character version of video,” Marsey said about Vine’s popularity among young adults. “It’s the same thing I’d say about Instagram; it’s lightweight. It’s very easy and quick to do.”