With schools shut, kids linear TV ratings are on the up 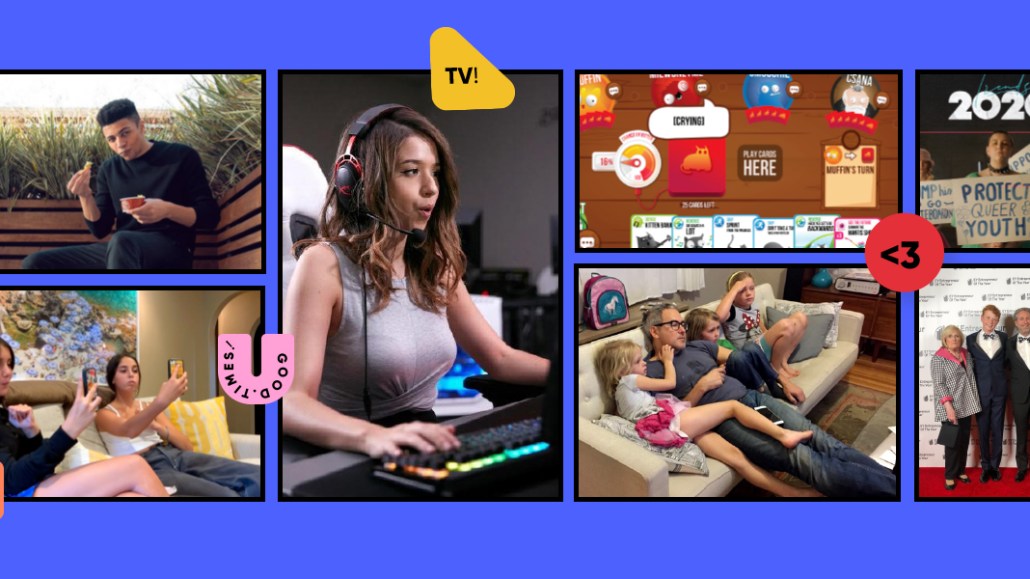 Children’s linear TV ratings have been in a slump for years as children’s viewing habits shifted to online streaming, social and gaming platforms. But with tens of thousands of schools shutting their doors across the U.S., many kids are whiling away some of their endless hours of free time in front of the TV. It’s a welcome boost for kids cable networks who will be hoping they can extend the short-term ratings spike into long-term brand loyalty.

Total day viewing of The Cartoon Network on Monday and Tuesday this week was up 58% versus last week, according to Nielsen data compiled for Digiday. Elsewhere, viewing of the Disney Channel was up 43%; Boomerang was up 31%; Nickelodeon experienced a 25% lift in viewers. The data incorporates any viewers over 2-years-old.

Viacom’s Nickelodeon, the most widely watched kids TV network — averaging around 630,000 viewers on Monday and Tuesday this week — reacted to the coronavirus outbreak by bringing its summer schedule forward a few months early. The programming is mostly focused on older children who are now at home from school. As part of that schedule, Nickelodeon is airing two new animated shows daily, “The Casagrandes” a spinoff of its popular show “The Loud House,” and “It’s Pony,” a British cartoon. Nickelodeon is also airing binge-watch marathons of established shows such “SpongeBob SquarePants,” “PAW Patrol” and “Henry Danger.”

To be sure, the lift in viewing is from a low base and U.S. linear TV ratings are up across the board over the past couple of weeks as people spend almost all of their time indoors. That said, in a sector beset with cord cutting challenges and amid such an uncertain economic environment, owners of kids channels will be eager to grab at small victories when they can find them.

It’s not just the children’s channels on linear TV experiencing a ratings boost, the trend extends to OTT platforms, too. Viacom’s ad-supported streaming service Pluto TV marked a 10% lift in viewership of kids programming week over week, according to the company.

Data from measurement firm SambaTV, which analyzes data from smart TVs, found TeenNick experienced the largest increase this Monday to Wednesday (Mar. 16 – Mar. 18) versus last week, with total time spent watching the network increasing 171%. DisneyXD (up 69%,) Nick Toons (up 66%,) Nick Jr. (up 32%,) and the Disney Channel (up 27%,) all marked gains in daytime viewing.

With no live sports on TV, the ratings lifts might encourage some advertisers to consider including kids TV channels in their media plans to make up for a small proportion of the lost ad impressions. But there aren’t many advertisers that have a crossover in those audiences. And many marketers are currently turning down the dial on advertising or are undergoing coronavirus-related supply chain constraints.

“If you think about kids’ advertisers, toys and food should hold up pretty well, theoretically, in a recession — if anything they are more important during at a pandemic as [people] need things to do at home and food to eat,” said Rich Greenfield, partner at research firm LightShed Partners.

Experts said it seems unlikely kid’s TV networks will be able sustain this level of viewership once the coronavirus pandemic reaches a level of normality, schools reopen and children have less time to spare. But this unusual circumstance could prove to be an important period of brand marketing before viewing trends back to the way they were before the pandemic hit.

“One of the challenges many kids brands face is effectively a share of voice,” said Richard Broughton, research director at Ampere Analysis. “How do kids find your content in a very cluttered media landscape when the first port of call is being brought up with tablets as babysitting devices and maybe defaulting to online brands.”

The thinking goes that kids who enjoyed the quality of the content they watched on linear TV may then attempt to seek those brands out online later down the line.

“If you think about the limited time in a media day for a child, they may be unaware that there’s reasonably high quality programming on broadcasting channels that they’re missing out on. It could turn into short-term or mid-term resurgence for these brands,” said Broughton.

The enforced and extended school break is also prompting broader networks to reassess their schedules. The Weather Channel is airing hourly educational short videos targeting young people from elementary school age through to college students, MediaPost reported. Italy’s state broadcaster RAI has increased its kids and teens programming across its mass-market channels, according to Variety. The BBC in the U.K. is also planning to show more educational content.

Broadcasters’ hands have also been forced into schedule revamps due to the lack of live events and because many production companies have suspended filming. And with less compelling content on linear TV due to the hole in the schedule left by major live events, viewers be even more inclined to switch to streaming and on-demand platforms to trawl through their vast catalogs of content. Greenfield predicts the increase in younger viewership on Netflix, YouTube and Twitch during the coronavirus outbreak will dwarf that of linear TV in terms of absolute numbers of viewers added.

“TV viewing is definitely going up meaningfully,” said Greenfield. “That said, I don’t think this is changing long-term consumer behavior … once you’ve lived through on-demand TV, there’s no going back and the amount of services coming is growing by the day.”