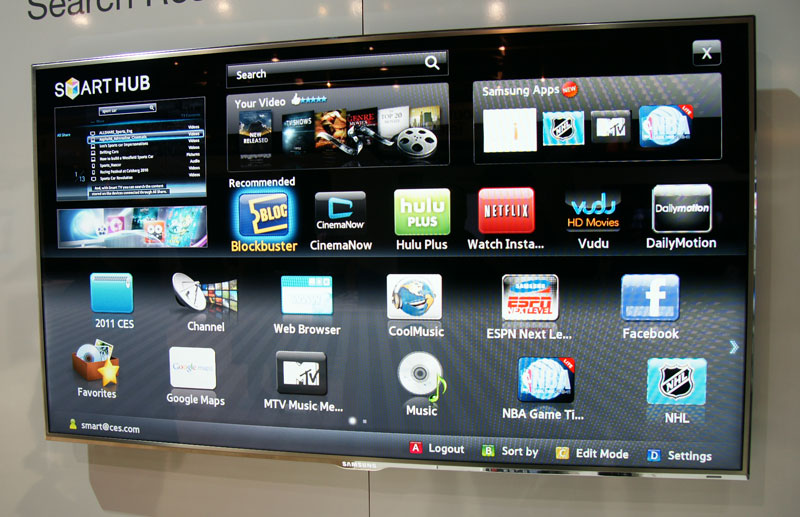 Here’s an interesting question for the media industry as it heads into the Consumer Electronics Show in Las Vegas, NV this week: Is TV advertising positioning itself to get more like the Web — and not in a good way? Sure, everybody wants Web-like accountability and buying science, but does TV really want banner ads?

It seems that Samsung, YuMe and several other companies do, and they’re making a big bet the Web-esque ads will play a big role in the future of the medium. On Monday, Samsung announced the launch of the Samsung Ad Hub, a platform designed to deliver ads into Samsung’s Smart TV interface. Yes, advertisers can run video ads in this space, and even 3D ads for those 13 Americans who watch 3D TV, but a key component of Samsung Smart TV ads are “interactive advertisements.” Sounds a lot like banners on your electronic programming guide.

First off, there’s no guarantee that consumers will gravitate to using Samsung’s platform when most either use their own cable providers on screen guides or don’t know how to use on-screen guides at all. And second, there’s no clear guarantee that people will start to interact with display-type ads on their TVs — since these ads will primarily appear in a space designed to get people to their favorite TV shows and out of the guide environment as fast as possible.

Plus, there’s been little evidence that users want a full Web browser on their TV screens, which is part of the Samsung offering. Just look at Google TV. Lastly, are brand advertisers going to be interested in interrupting TV surfers with video ads that slow down their TV experience while they’ve got their remotes in hand? We’ll see. Samsung says it has already run campaigns for the likes of State Farm and Best Buy in Korea.