The rise of the mobile editor 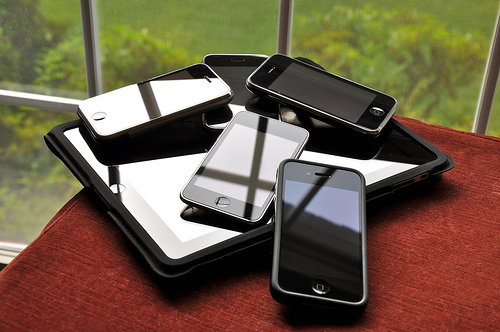 CNN readers following the news of yesterday’s explosion in Harlem via their phones owe a lot to Etan Horowitz, CNN’s mobile editor.

From 10 a.m. to 1 p.m. Wednesday, Horowitz and CNN sent out four push alerts to app users with the latest developments about the blast. They also updated mobile headlines, added new photos and linked to video streams of aerial views of the scene.

“The building collapse in Harlem is a story that works well on mobile,” Horowtiz said.

This is the new — and growing — job of mobile editor. As publishers see up to half their traffic arriving on mobile, many of them — including The Wall Street Journal, New York Times and Washington Post — are staffing their newsrooms with editors who know how to tweak and create content specifically for mobile devices. That can mean making sure an image is smartphone-friendly. Or it could mean sending out push alerts in breaking-news situations. One thing it is not: a settled job.

Take David Ho, the editor for mobile, tablets and emerging technology at The Wall Street Journal. Ho started as the Journal’s mobile editor in 2009 and is, in relative terms, a veteran in the space. Five years ago he helped develop the Journal’s BlackBerry app, its early iPhone app and its basic mobile site. Today, he’s thinking about the best strategies for new platforms, tablets, and more recently, wearable devices like Google Glass. This might sound like more of a tech job, but it’s actually central to the future of journalism since how content is presented can be just as important as reporting and editing.

“There is a massive shift underway in how people consume digital information, and the mobile editor is really in the eye of that storm,” he said.

That constant change is both a challenge and opportunity. CNN’s Horowitz, who was a reporter at the Orlando Sentinel before joining CNN as a producer in 2010. A year later he moved to become mobile editor, charged with leading CNN’s mobile products. There are now days when the site’s mobile uniques outnumber those of its desktop site. All of this means that the job has become a core part of how CNN reports stories and presents them to readers.

“It helps to have specialists that can think about ways to maximize the content on each platform and, at times, tailor it so that readers on all platforms are served,” said Theodore Kim, mobile editor at The Washington Post since mid-2012.

Kim and Horowitz are two of many mobile editors hired by media companies in the last couple years and are part of an influx Ho has seen firsthand. Over the last year, new mobile editors from both big international news services and local TV stations have contacted him looking for pointers about the job.

“A funny first question I get is: ‘What is it I’m supposed to be doing now exactly?'” he said. “They also want to know about what the day-to-day job entails, what publications I myself follow, big challenges, mobile workflow, what works, what doesn’t. Stuff like that.”

That, however, is ultimately a good sign, he said, because it means media companies are acknowledging that they have to put mobile at the center, not the periphery, of their operations.

“The need had been there for a long while. Now it’s recognized. And there’s also a sense of catch-up urgency in many places, too,” he said.