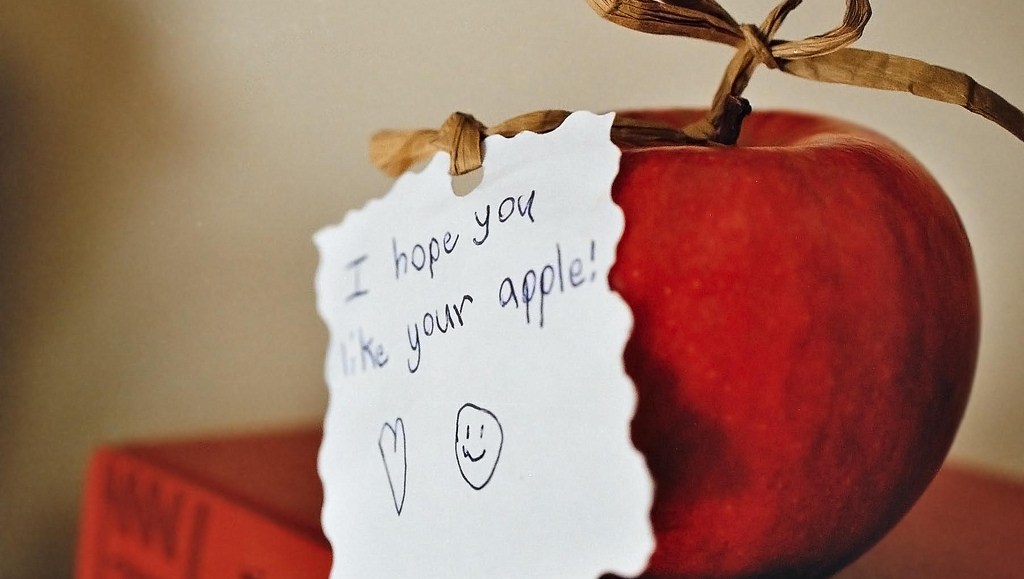 Reddit gets a lot of flak for being a very dark corner on the Internet, but it often shows it has a big heart.

Last week, it rolled out its second annual Reddit Gifts for the Teachers, for example. It’s a gift exchange between the Reddit community and teachers across the country in need of basic supplies like pens and paper. Reddit is trying to prove that when you marry the power of the platform with the power of kindness, good things can happen, but it’s also showing how a social platform with a lean sales team can easily miss big advertising opportunities.

In four days, the platform signed up 8,000 teachers, more than three times as many as last year. It has also picked up 3,500 Redditors to send care packages, a thousand more than last year’s drive. While the numbers aren’t huge, the program could have provided an opportunity for advertisers to sponsor the drive or to match donations. But since Reddit Gifts, which is owned by Reddit yet runs fairly autonomously, doesn’t have a sales team, this becomes a missed opportunity.

“It’s a matter of time for us,” said Dan McComas, founder of Reddit Gifts. “We’re in Salt Lake City, and Reddit’s in New York and San Francisco. We don’t have sales people here.”

Reddit is still building out a sales team. It’s looking at ways to generate revenue that don’t anger its notoriously anti-advertising community, but it doesn’t have the sales-force power of other social platforms.

In 2009, McComas created Reddit Gifts as a giant Secret Santa for Reddit. It was a community project that ran a matching process: I give a gift to you, you give a gift to someone else, someone else gives a gift to me. In 2011, Reddit acquired the URL (McComas wouldn’t disclose for how much). In 2012, Reddit’s founder, Alexis Ohanian, and Stephen Colbert teamed up to get Redditors to sign up to give care packages to troops overseas using Reddit Gifts.

According to McComas, the project didn’t work out as well as it could have. There were difficulties in getting troops to sign up to receive the packages. But one day last year, a teacher-friend of McComas told him to use the platform to send care packages to teachers.

“I’m really into the cause of teachers,” McComas said. “But I didn’t know if people would follow through or if we could get teachers to sign up.”

Last year, Reddit had about 2,500 teachers and 2,500 Redditors sign up, donating about $150,000 in supplies. This year, McComas estimates between $300,000 and $500,000 in supplies will be donated. While not a charity, getting a bunch of strangers to do something nice for other strangers made everyone feel good. Teachers posted photos or videos of the gifts they received.

For example, teacher “stopecki” received two big boxes of supplies — markers, crayons, pencils, sharpeners, erasers, paint, glue sticks, pipe cleaners — for her art class. She wrote, “My benefactor was so generous with all of the wonderful ART supplies that poured out of the boxes that I started to cry!”

Teacher Bowser1219 also received basic materials and wrote, “I cried when I pulled out the electric pencil sharpener. That is something we needed so badly! And the children’s books were perfect.”

McComas and his Reddit Gift team reviews every teacher it signs up through an interface he designed asking teachers what school they belong to, what grade they teach, describe the classroom and what their needs are. Last year, he said, Reddit Gifts rejected about 1 percent, people who didn’t understand Reddit Gift. For example, someone wanted 30 iPods for the classroom. That was a bit much for McComas and team.

“A large majority need paper, pencils, glue sticks, protractors, basic stuff,” he said. “It was really pretty sad to me what these teachers are requesting that they don’t have.

With the help of the “Front page of the Internet,” McComas hopes to help.