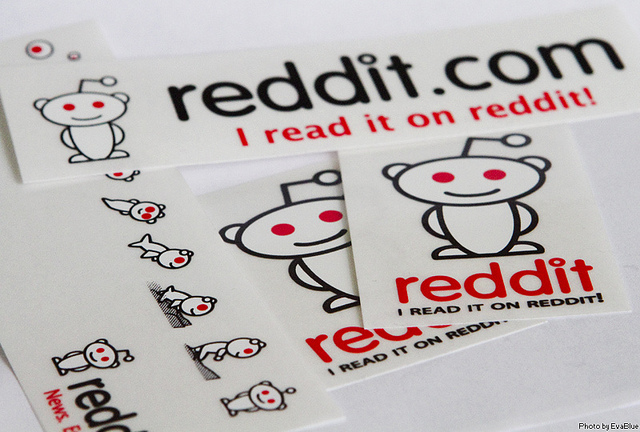 Reddit wants to turn its news community into a viable ad platform for small businesses.

The site, which comScore says gets 17 million unique visitors a month, has been expanding its own Google Adwords-like self-serve ad platform, which it’s aiming at small-and mid-size businesses that lack the big marketing budgets of national brands. While advertising on reddit can cost big brands thousands of dollars, small companies can buy in for as little as $5, with a $.75 CPM.

Reddit is one of an increasing number of Web companies vying for a share of the $140 billion small businesses spend on advertising each year, according to advertising research firm BIA/Kelsey. Facebook, for example, argues that its platform lets advertisers target users on an extremely granular level, while Twitter says it lets small business have “engaging, authentic conversations with customers.” Even Pinterest is getting in on the trend with a self-serve ad platform that lets marketers display “promoted pin” messages on the site.

Reddit is pitching its own ad platform via a feature set that combines low buy-in costs with hyper-targeted audiences. Core to the site’s pitch are its “subreddits,” subject-based communities focused on topics like “Game of Thrones,” “Android,” and even “German.” (Caveat emptor, though: there are some exceptionally unsavory subreddits, as Jezebel detailed in 2012.)

“We have a huge passionate audience that any advertiser would love to reach,” said Adriana Gadala-Maria, marketing ad sales manager at reddit.

Some of reddit’s smaller advertisers have leveraged this targeting in interesting ways. Office furniture maker Haworth advertised on reddit via a sponsored discussion thread titled “If you care about your gaming, you should care about your chair,” which it used to answer user questions about its products.

The thread, which has nearly four hundred responses, was targeted at reddit users who subscribe to the site’s various programming- and gaming-related subreddits, which are likely to be popular with people who spend a good part of the day sitting.

Reddit’s ad targeting goes deeper than just interests, however. In April, the site also started letting advertisers target users based on their location, a feature that U.K.-based coffee shop Pact Coffee used to advertise to reddit users in the country.

“Reddit was attractive to us because it lets us have that long, sustained interaction in a easily readable manner where can explain why our products are worth buying,” said Aaron Martin, Haworth’s retail store head.

Haworth has been impressed with the results. While it ran its first reddit campaign with only a few hundred dollars, its since increased its reddit marketing budget and returned for another thirty campaigns.

Haworth case study is an encouraging one for reddit, which is still battling the perception that its community is inherently unfriendly to brands. Brands masquerading as users are regularly harangued by the community’s users, and there’s even a subreddit dedicated to calling out advertiser subterfuge.

Martin said that Haworth knew all of that going in, but wasn’t turned off. “We knew that the best strategy for us as to be very upfront with community,” he said. “There’s a lot of value in reddit. You just have to work to find it.”