Quibi claims $100m in ad commitments before even launching 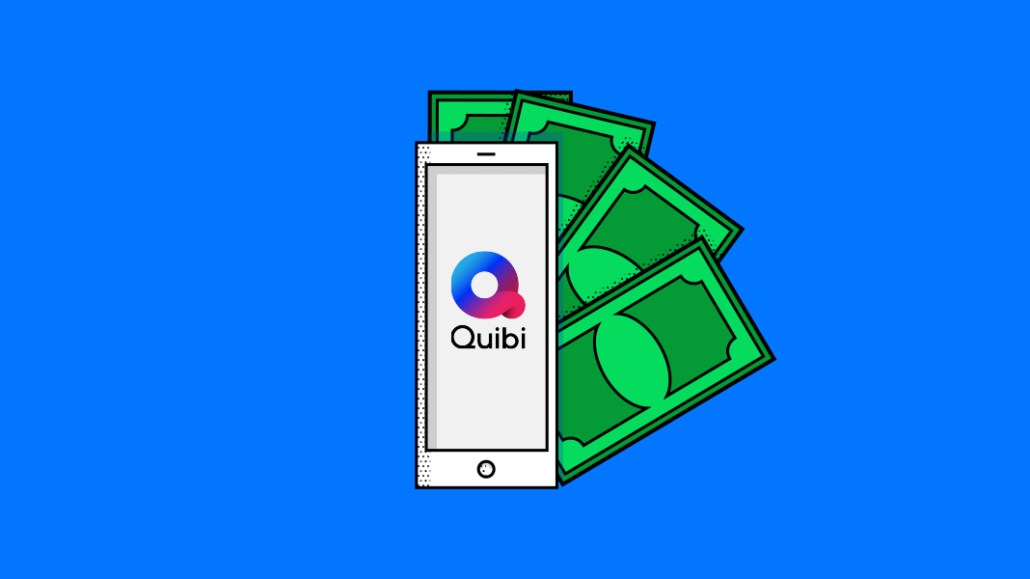 Whether Quibi will succeed or not has been a frequent topic of conversation along the Croisette in Cannes. On Wednesday, Jeffrey Katzenberg and Meg Whitman rolled into the Palais to announce that Quibi has booked more than $100 million in ad revenue, and six big launch partners, ahead of the service’s April 2020 debut.

Advertisers that have agreed to ad commitments with Quibi include Procter & Gamble, Pepsi, Walmart, Anheuser-Busch, Progressive and Google, according to Katzenberg and Whitman. The two executives, who were also joined on stage by Procter & Gamble chief brand officer Marc Pritchard, said Quibi is seeking eight launch partners for its debut, which is set for April 6, 2020. Each of the launch advertisers will be “category-exclusive,” and there is $150 million worth of ad inventory available on Quibi at launch, Katzenberg said. As previously reported by Digiday, Quibi had been on a roadshow seeking big upfront ad commitments from agencies and brand marketers since the spring.

Quibi’s ad-supported option will cost $5 per month, with an ad-free version priced at $8 per month. Whitman said she expects about 75% of subscribers to pay for the ad-supported tier; if all goes according to plan, Quibi expects advertising to make up as much as 30% of overall revenues, according to a source familiar with the matter.

Advertisers love to be part of splashy launches — and Quibi, which will have original video series from big stars such as Steven Spielberg and Justin Timberlake, fits the bill. But there is still a huge question mark over whether there is consumer demand for a mobile-only subscription video service — even if it has some of the best content in the world produced by great filmmakers and starring huge celebrities.

“Most short-form today is perishable content,” said an entertainment studio exec who has recently pitched Quibi. “What they’re banking on is driving a new consumer habit that isn’t there right now.”

There is no doubt that Quibi will come out of the gate next April strong — in both content and sponsorship revenue. On the distribution side, Quibi is currently negotiating a distribution deal with a U.S. wireless providers, according to Variety, a strategy that was signaled in a pitch deck Quibi shared with investors last year.

One area that industry insiders are skeptical about is whether Quibi can grow subscribers as fast as it wants to; a “base case” scenario laid out by Quibi to investors last year had the service getting 20 million subscribers in five years. For reference, it took Netflix and Hulu around eight years each to get to 13 million subscribers. “It’s going to take 10 years before Quibi is a thing,” said the entertainment studio exec.

At Cannes, Katzenberg and Whitman demonstrated confidence in Quibi’s ability to create consumer demand for its service — from overall smartphone penetration to continued growth in mobile video usage, there are potential viewers and subscribers out there. “Every trend right now is putting more wind into the sails of Quibi,” Katzenberg said.