How publishers navigate the ethics of live events 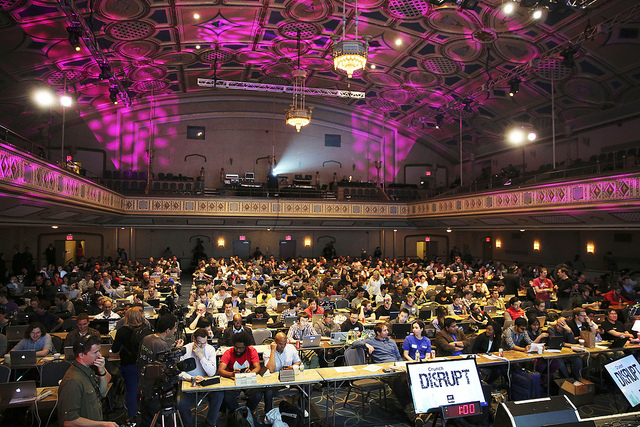 As print advertising dries up, many media companies are finding live events to be a welcome revenue source. Events can help connect advertisers with target consumers, enhance the host’s reputation with its audience and generate editorial content for its platforms. But they’re also fraught with ethical issues, as The Washington Post found out in 2009 when it tried to sell lobbyists access to salons where for $25,000 a sponsor could get facetime with government officials and Post journalists (a practice which also cast scrutiny on The Atlantic’s salons). The Post now has these guidelines addressing newsroom involvement in events.

The inherent challenge is to get sponsors to pay big bucks without letting them influence the event agenda itself, by their presence on stage or off-the-record rules for journalists there. There’s also the slippery slope of having editorial involved. While it’s a good idea in theory to use your expert journalists to set the agenda, there’s the temptation to use the power to curry favor with sources.

“It could appear, either to the sponsors or the people who are coming, that they’re getting some special access to the reporter,” said Kelly McBride, Poynter’s resident ethics expert. “Then, people think the news is for sale.” Publishing companies today are all over the map in how they’re approaching these inherent tensions. (Digiday is no exception. Digiday editors program and participate in events, and sponsors can present during sponsor content sessions. Event sessions, other than “town halls,” are on the record.) Here’s a sampling:

The Atlantic
Pitch: AtlanticLive events, like the Aspen Ideas Festival, convene leaders across industries for stimulating gatherings that “bring the brand to life.”

Journalist participation: According The Atlantic’s exhaustive guidelines (one of the few to be posted online), its journalists are encouraged to participate and attend but may not be pressured to do so.

Sponsor involvement: Underwriters are clearly communicated to event attendees. Sponsors must be called “underwriters” and not “co-host.” They may participate on panels if they have no economic interest in the outcome, or if an opposing view is included, among other stipulations.

Programming: The Atlantic’s journalists have final say over the content. Unusual for a media company, the events division falls under the oversight of Bob Cohn, former Atlantic digital editor who recently was promoted to co-president of The Atlantic.

On the record: Public policy events are on the record or on background, meaning journalists can report but not attribute comments to specific people.

Sponsor involvement: They’re not on panels unless they’re coincidentally picked by edit team that independently creates the program.

Programming: By staff overseen by the GM and editorial director of conferences, who, the Times points out, used to be the editor of The New York Times Magazine.

Fortune
Pitch: Events like Most Powerful Women and Brainstorm are pitched as events where business people can rub shoulders with government officials and thought leaders.

Sponsor involvement: Speaking roles aren’t sold as a benefit of sponsorship, but sponsors may be asked to be on the agenda if editorial deems them suitable, which happened when AT&T sponsored Fortune Brainstorm Tech and editorial invited AT&T’s chairman and CEO to sit on a panel.

TechCrunch (Disrupt, Engadget’s Expand)
Pitch: Disrupt is promoted as a way for vendors to expose their products to potential clients, investors and, yes, members of the press.

Programming: The editorial side sets the agenda.

On the record: All events are on the record. Events are live-streamed. Participation in Startup Battlefield, a competition for early-stage companies, is free.

Other: TechCrunch has an anti-harassment policy prohibiting “overly sexualized” comments during talks and sexualized content by exhibitors, presumably to prevent embarrassing snafus like the 2013 “Titstare” incident.

Sponsor involvement: They may make introductory remarks; if they’re newsmakers, they may be asked by edit to be on panels.

On the record: Post events are on the record; journalists should have editor approval to participate in others’ on-background events

The New Yorker
Pitch: Its signature event, the 15-year-old New Yorker Festival, hardly needs to promote itself as the literary, political and cultural smorgasbord for the intelligentsia it is.

Sponsor involvement: Sponsors can’t participate in the festival (although the content doesn’t quite lend itself to sponsors like Acura and Mastercard, two of this year’s festival backers.)