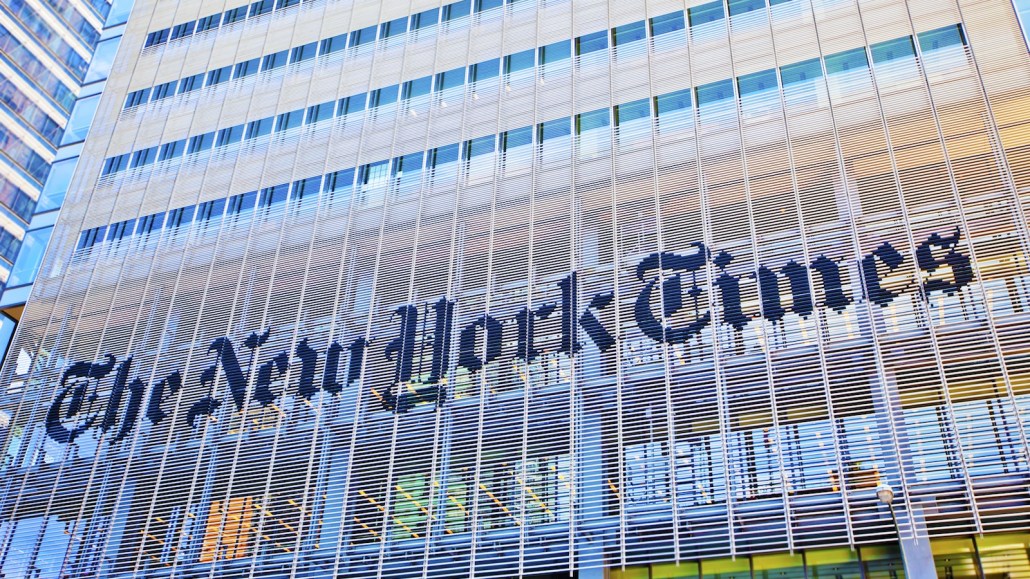 Display advertising is in a downward spiral. With ad rates sinking, publishers now know that if they want to turn the money picture around, they have to give brands more than just marginal banner space.

Many publishers, from The New York Times to The Washington Post to The Weather Company, are trying to break this cycle by dedicating entire engineering and design teams to building their own premium ad placements that also command premium ad dollars. The groups are meant to produce the wow factor that can lead to higher pricing.

“These [innovative] products are bigger real estate on the page, and they allow you to do things that you couldn’t do on a normal banner,” said Abe Diaz, associate media director at RPA. “Because of that, and because of the premium nature of the sites, the pricing is on the high side.”

Here’s how they pitch their ad engineering teams and the products they create.

Probably the most ambitious of the ad innovations units is IdeaLab, the development unit run by The New York Times. Launched in 2010, the 10-person team develops elaborate ad experiences for brands looking to tell more visual, nuanced messages. Some of these experiences are developed using the same design themes and principles as on the editorial innovations side. The interactive functionality in 2012 story on Pablo Picasso, for example, also helped to inspire an online Wisk ad that let readers erase the dirt off of a T-Shirt.

IdeaLab has kept itself busy over the years. It ran at least 12 visual campaigns in 2011, 19 in 2012, and roughly 9 in 2013. What isn’t clear, however, is where the IdeaLab stands today. While The New York Times declined to comment, the introduction of its native ad content studio leaves IdeaLab in flux.  The New York Times has run 7 IdeaLab-developed custom campaigns so far this year.

The Washington Post’s six-person ad innovation team, in the words of  Washington Post ad innovations director Kelly Andresen, is focused on “building new ad experiences across digital platforms.” To that end, the team has over the past eight years focused on building out an array of custom ad units for desktop, mobile, video and, more recently, native. The Washington Post’s strategy here is that by developing ad solutions in-house, it can be quicker to market and give brands more creative, effective ad experiences.

Mobile is also big here. Andresen said that March marked the first time where more than half of The Washington Post’s traffic came from mobile readers. “Certainly our advertising solutions are following the audience where they are,” she said, pointing to the 300 x 250 pixels mobile “point-of-entry” ad that served when users first visit The Washington Post on their smartphones.

But while creating the ad experiences is one thing, selling them is something else. Anderson said that The Washington Post doesn’t think of its ad products in terms of sell-through rates  because every campaign is built custom to advertisers. As a result, the company is less focused on creating a new unit and pushing it out to market.

Say Media has done a better job than most publishers of building premium custom ad experiences for brands. Its ad engineering group, which consists of 10 engineers, has built custom premium products like its “adaptive ads,” which appear in-line with content.

“The group is really focused on how to create a great experience that works for both the brand advertiser and the reader,” said David Lerman, COO of Say Media.

Because SayMedia is building these ad products in-house, it can’t rely on external creative teams to come to it with finished ad products. As a result, it’s also been forced to build what it calls “global studios,” a dedicated creative team that partners with brands to build the ad experiences they’re looking for. That group can consist of as many as 50 people depending on demand from brands. Lerman said that it can take anywhere from a week to nearly two months to build out the ads, depending on the complexity of the campaign.

While it has been just a year since Say Media introduced its adaptive ads, early reception to the product has been significant. Since launching the product alongside Siemens, it has attracted brands like Buick, Bose and MyCloud. Lerman, however, said the unit was still in its early days and declined to say what the sell-through rate for the units are so far. 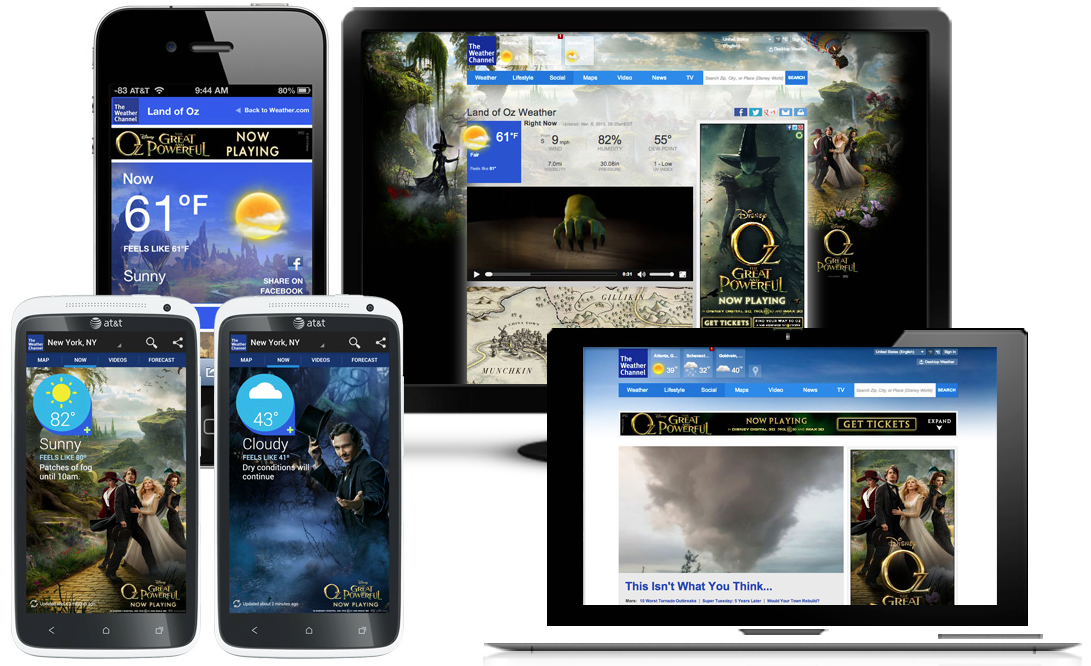 The Weather Company is unique among publishers in that, for many of its products, mobile use has been at its core since the beginning. As a result, ad products like its branded backgrounds (seen above) were created for mobile devices before being ported more recently to desktop. Recent brand partners include Chevy and Disney.

But The Weather Company’s 25-person ad engineering team doesn’t create just front-end products. The team has also tried to figure out ways to work in robust datasets into its ads. That’s the idea behind WeatherFX, which lets advertisers target readers based off the weather conditions they’re experiencing.

“Our ad products team is focused on where we’re going to be in 18 months and how to build to get there,” said Alex Linde, vp of monetization at The Weather Company.