Platform pressure Down Under 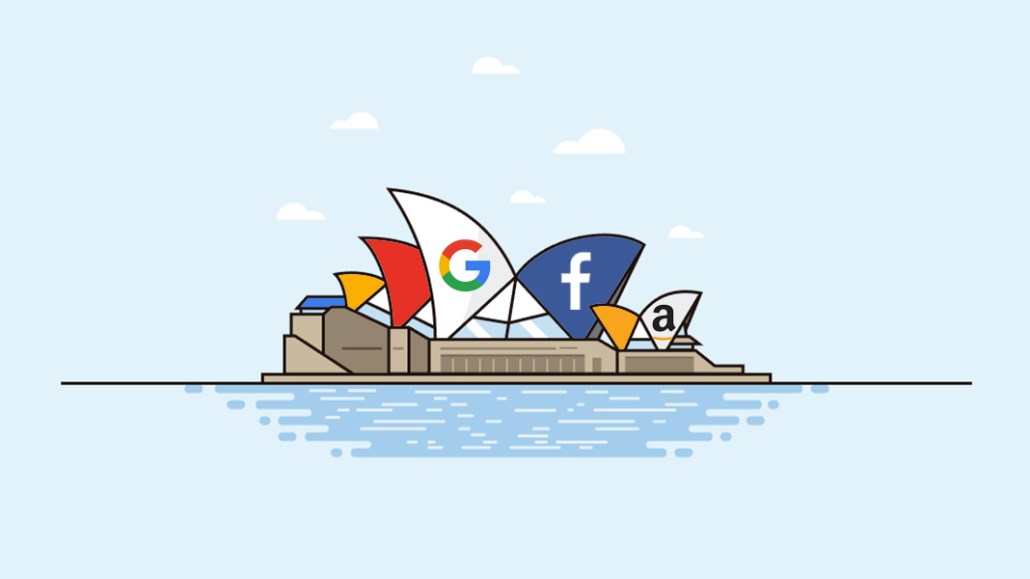 I spent last week in Australia, where I spoke at the Association for Data-Driven Marketing and Advertising’s annual Global Forum, naturally on the subject of the duopoly. I was curious about whether the unease about the power of Facebook and Google would resonate in Australia. Needless to say, yes.

The unease is understandable, considering the power of Rupert Murdoch-owned media in his native country. Murdoch publications have led the charge in pressuring restraint of Google and Facebook, which continue to mop up most of the digital ad market. Last week, the Australian Senate held hearings focused on whether the giants were unfairly avoiding taxes.

In markets across the world, Google and Facebook increasingly find themselves in the crosshairs of regulators and legislators. Underlying the many concerns is the unprecedented power of these two tech companies to sway markets and, perhaps, even elections. It’s unlikely Google and Facebook will face much regulatory pressure in the U.S. — although who knows with the quick-trigger Twitter finger of our president — but in Europe particularly, the biggest threat to Google and Facebook is government intervention.

It’s not just Google and Facebook that are causing stirs in Australia, either. Amazon is finally invading Australia. Until now, Amazon hasn’t had much of a presence in Australia, with its geographic challenges of 24 million people inhabiting an entire continent. The arrival of Amazon, even without its full complement of services, is causing a fair bit of consumer excitement and competitive angst. Business Insider Australia takes a very on-brand, understated approach by pondering how Amazon could “unleash chaos” in Australia for retailers and eventually publishers.

Taken together, this is a snapshot of the roiling global concerns of American tech giants. In Germany, publishers are striking alliances with a broad swath of industry to combat the data power of Google and Facebook, while also pressuring governments and regulators, on both the national and European levels. Many simply don’t see the market correcting for the unprecedented power accrued. Henry Blodget, CEO of Business Insider, was my guest for an episode of the Digiday Podcast available next week. Here’s his take:

“They’re [Facebook and Google] going through what most hyper-successful companies go through at some point. It was Microsoft, early in the 1990s [when] it was a little, inspiring startup. By the end of the 1990s, they’re this huge, behemoth gorilla. [The government said,] ‘gotta break them up, it’s terrible.’ Microsoft in that period was changed from being this scrappy, no-holds-barred startup culture to saying, ‘Actually, we’re incumbent; we have to play fair. The rest of the world has to do well.’ That’s what you’re seeing with Google, Facebook and others. What happened in the election really stung them [Facebook]. They have put enormous resources into figuring out how can we be a great news, journalism and entertainment distributor for the future. More and more resources are going into that. They now have to persuade the government authority and others that they have everybody’s best interests at heart.”

Here in the U.S., retailers are dealing with Amazon as a true frenemy. They frequently grouse about a lack of customer data and the inevitable price pressures. That’s led to several hacks to squeeze out concessions, if you can call them that, from Amazon. Here’s our co-executive editor Shareen Pathak’s take:

“One: Developing a strong reseller network, so when Amazon (inevitably) lowers prices or even freezes them for a vendor, the brand stops selling to the company entirely and ‘activates’ the reseller network so they can pick up the slack. Another: Amazon refuses to send location data on who is buying product, so brands are checking factory inventory to see if they can at least get some information on where customers are from. A third: Amazon is notorious for refusing price increases. To get around this, brands are increasing prices incrementally, as low as 1 percent at a time, over multiple days.”