The Outline’s Josh Topolsky: There’s too much sameness in digital media 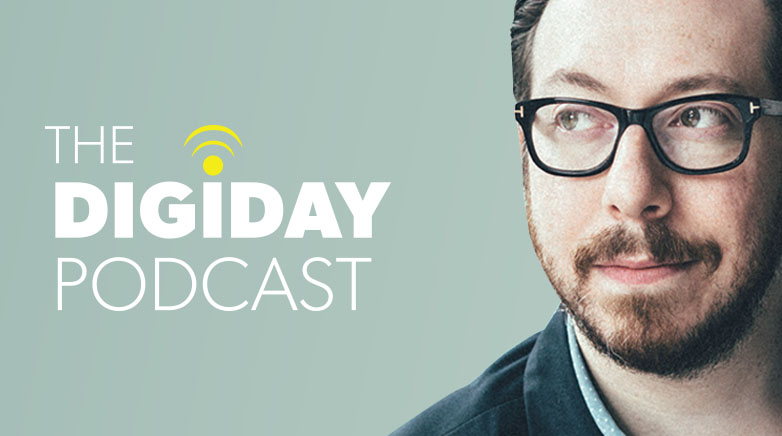 While watching the Super Bowl, The Outline founder and CEO Josh Topolsky saw a trailer for the new “Stranger Things.” He knew what would happen next: Dozens of sites would rush up posts as an excuse to embed the trailer and cadge some pageviews.

“Everything about digital media is insanely boring,” Topolsky said on this week’s episode of the Digiday Podcast. “Everything looks the same, everything sounds the same.”

Topolsky, who was behind the founding of tech news brand The Verge, left Bloomberg Media last year and has now started his own digital media company that’s committed to taking a different path than the scale players busy embedding “Stranger Things” promos.

“I believe an audience raised on BuzzFeed and on their iPhones and has seen this shit for 10 years is getting numb to it,” he added.

“There’s a space not explored with new digital brands,” Topolsky said. “New digital brands get on the scene and say, ‘I’ve got to get to 20 million [visitors], 50 million, whatever.’ It’s not about cultivating a brand or a voice. We could have the coolest ad product in the world, but it doesn’t matter if we’re not good, interesting and different and mean something to the audience we want to reach.”

Digital media can support culturally relevant media
The Outline was born from Topolsky finding that there was a lot of sameness in digital media, as publications chased scale with lowest-common denominator content. That stood in contrast to what he enjoyed most about culturally significant magazines like The New Yorker. The Outline is to do that very thing, only with digital as its core.

“I felt like there’s a hole in digital media,” he said. “That hole looks like the stories aren’t very good, the presentation isn’t very modern, the advertising sucks, and the voice and sensibility of the world you should be occupying isn’t there.”

Digital media business models haven’t evolved enough
It’s no secret that digital media is going through a challenging period. Topolsky raised $5 million to build The Outline on the idea that an advertising model could be found to support high quality content. Plenty of doubters remain, naturally.

“We’re using a script from 20 years ago about what the business there is,” he said. “There’s a conceit that digital eyeballs aren’t worth as much. That was definitely true when Google was brand new and The New York Times was trying to figure out what the internet was. The reality now is we’re in uncharted territory. If you look at what Snapchat is doing with storytelling, it’s clear that digital can be more than the thing we think it is. We’ve yet to capture what that is in a widespread way.”

Scale is overrated
The Outline’s proposition is it won’t be one of the largest sites on the audience, but it will draw a valuable, defined audience of the smart and influential

“Getting traffic on the internet is easy; getting the right traffic is hard,” Topolsky said. “There are a thousand different ways on the internet to figure out the system. There are a thousand different stories you can write that will always get traction. When your goal is numbers, that doesn’t mean anything. Scale is a strange proposition. There are 3 billion people on the internet. There’s no limit to what your scale can be. If you don’t know what a profitable audience is, that becomes a very difficult way to run a business.”

Design matters
Too often media overlooks the critical role design plays in not just the user experience but how people perceive brands.

“We live in a world created by Steve Jobs,” Topolsky said. “Apple is obsessed with how things look, how they feel. In news media in general, the way things look and feel are an afterthought. The way the words are packaged, the way they’re arranged all matters. Design tells somebody who you are and where you’re coming from.”