Why newsrooms are expanding their data teams 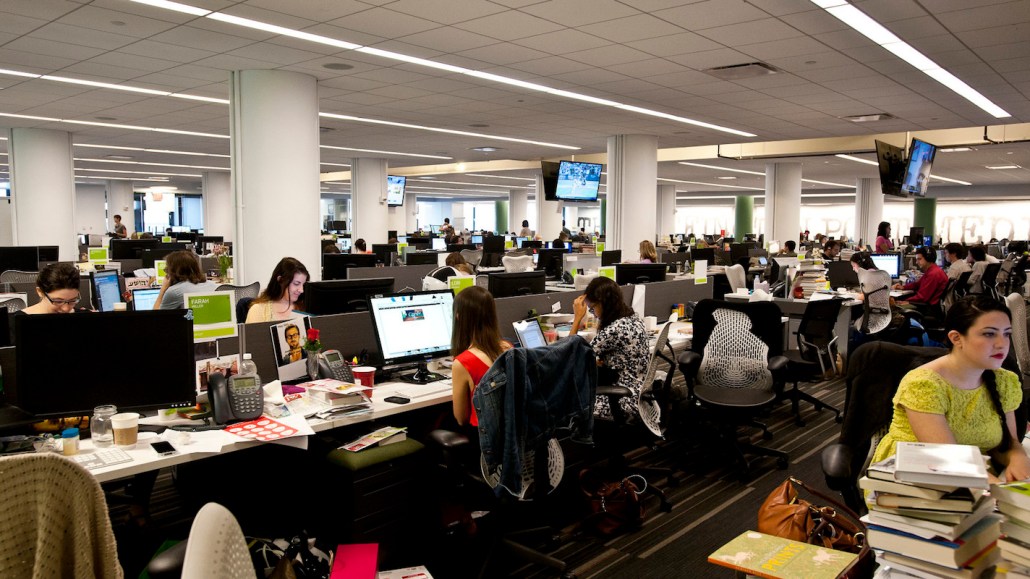 A few years ago, publishers began enlisting data scientists to help with audience building and monetization. But back in 2014, publisher data teams usually consisted of only a person or two. Since then, several publishers have expanded their number of full-time data experts. And their roles have grown too. Media data scientists are now developing apps based on machine learning, shaping content-management systems, teaming up with first-party data providers and testing augmented reality features. Here are a handful of large publishers that have increased their emphasis on data analysis.

Mashable
In 2013, Mashable brought on Haile Owusu, who has a doctorate in theoretical and mathematical physics, as its chief data scientist to work on the site’s analytics tool that predicts which articles will go viral. Since then, Mashable has hired two additional full-time data analysts and added an intern. In the past year, the data team led by Owusu has helped shape Mashable’s new CMS and its Knowledge Graph tool, which tracks how branded content on Mashable is shared through social platforms, email and text messages. The team was not affected by the round of 30 layoffs Mashable did in April. “There was a pent-up demand for insights around the performance of our content,” Owusu said.

Purch
The tech network, which publishes Top Ten Reviews and Live Science, is a different type of publisher in its data focus and commerce-heavy strategy. Purch launched its own ad tech platform, Ramp, in 2014. Since then, its number of data scientists grew from one to five. Their focus is mostly on creating recommendation models that pair content with related consumer products. “We realized how much data we had and that we needed to analyze it to know whether we were charging the right price for advertising,” said Purch CTO John Potter. With Microsoft’s HoloLens, Snapchat’s Spectacles and Google Glass in the news, Purch’s data team has been testing augmented reality features in Purch-owned shopping app ShopSavvy.

The Huffington Post
In 2014, The Huffington Post hired its first full-time data scientist. The website now has eight data scientists in its product and tech departments and three data people on the editorial side. They do everything from create machine-learning algorithms that notify editors which articles are likely to go viral to assist journalists with interactive features. On the editorial side, for example, HuffPost’s Pollster vertical has expanded to include “more filtering by type of data and partisanship, allowing for a closer look at how public opinion is playing out,” said Natalie Jackson, HuffPost’s senior polling director who also has a doctorate in political science. Aside from the presidential election, HuffPost has used data to track President Obama’s approval rating and Brexit polls.

Hearst Corp.
When Rick McFarland, who has a PhD in statistics, joined Hearst as chief data scientist in 2013, he worked alongside another data scientist and an engineer to translate Hearst user data into revenue. The data team has since grown to 10 members. McFarland and his colleagues are working on developing apps driven by deep learning, which would allow users to find Hearst content based off their own images. For example, an app user uploading a picture of a Chevy Cruze could theoretically be connected to an article from Car and Driver that reviewed the Cruze. Hearst recently opened its Buzzing platform — it allows editors at Hearst publications to easily clone trending articles from other Hearst sites — to advertisers. Thanks in part to its data experts, since June, Hearst has programmatically sold ads against Buzzing content. “Being able to stream from customer to ad sales people in real time is really cool, and that’s the power of having a centralized data team in your organization,” McFarland said.