It’s easy to be fed up with all the talk of big data, but there’s no doubt that data is playing a more important role than ever in media. It’s a lesson — don’t call it a learning — drilled home this week in the five things we learned.

Newsrooms are adrift when it comes to data.
For all the buzz about data, no one has really figured out which information to use, or how. In media, nowhere is this problem more acute than newsrooms. News Corp’s Raju Narisetti believes there’s a cultural problem in many newsrooms that leads to the mistaken notion that “responding to reader concerns is nothing but pandering.” The difficulty is cultural. Newsrooms aren’t comfortable with the idea of data entering their craft. And yet it’s inevitable. Take the efforts at many publications to hold writers accountable based on the audience metrics they produce. Traditionalists will turn their noses up, warn of a race to the bottom, but data is going to play only a larger role in newsrooms. The only question is whether it is used responsibly.

Audience data is critical in social.
For a brand like Walmart, everything is data focused. The sprawling retailer has relied on data, along with an incredible supply chain, to build a low-cost empire. It’s no surprise that its fledgling corporate reputation social team based its whole strategy around data. The data don’t lie, and it dictates for Walmart who to respond to, which content gets pushed out, and what messages to push. At Mondelez, building up “muscle memory” in social means looking to the data to figure what works and what doesn’t.

Publishers are clinging to native ads.
We’ve noted that the honeymoon is up on native ads. Publishers have turned to them as they’ve seen standardized ad placements continue to decline in value. The trouble is native ads won’t scale unless advertisers know there’s return and can use the mechanisms of the display ad infrastructure. In the case of AOL, its native ads appear to be little more than gussied-up text links.

The GOP should learn from Banksy.
Ok, hear me out on this one. The government shutdown did some real short-term damage to the Republican Party’s brand. The question now is whether it will have long-term effects nationwide. Experts agree the GOP needs something of a reboot. Why not look at street artist Banksy’s mastery of marketing? He’s about staying current and, perhaps hardest for the Daddy Party, remaining unpredictable. Might as well give it a try.

Grumpy Cat is a brand juggernaut.
It’s good to know that one day you can be a waitress at Red Lobster and then, after reddit turns your cat into a meme, suddenly have a $1 million brand on your hands. That’s the weird story behind Grumpy Cat, anyway, the cat with feline dwarfism who appears to have a perpetual frown. 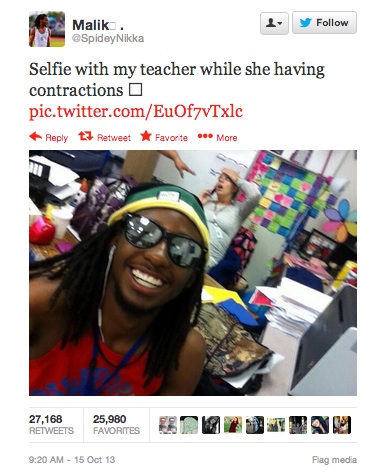 Four Things We Didn’t Write But You Should Read

BuzzFeed Minus the Gifs.
BuzzFeed has proven expert at packaging content. Cute animated gifs have played a vital role in its listicles. One clever site exposes how vapid these posts can be simply by republishing them without the cute gifs. Think of it as the publishing equivalent of those photos of models before makeup and photoshop.

What Quartz got right.
Frederic Filloux has a two-part love letter to The Atlantic Media’s year-old business publication Quartz on all the things it has gotten right. One important one is its deep involvement in the creation of ads for the site, rather than relying on standardized placement. Call it “native” or not; it’s just smart.

The death of the content farm?
Maybe we really are leaving the SEO era. For all the complaints about linkbait, that content sure beats Google-optimized pages on how to boil water and what does the Super Bowl start? BusinessWeek looks at how content farms are suffering under Google’s changing algorithms and shifting consumer habits to the social Web.

The 29 stages of a Twitter uproar.
BuzzFeed UK nails it with this too-close-to-the-truth fictional social media controversy over a retailer selling a racist minstrel doll.