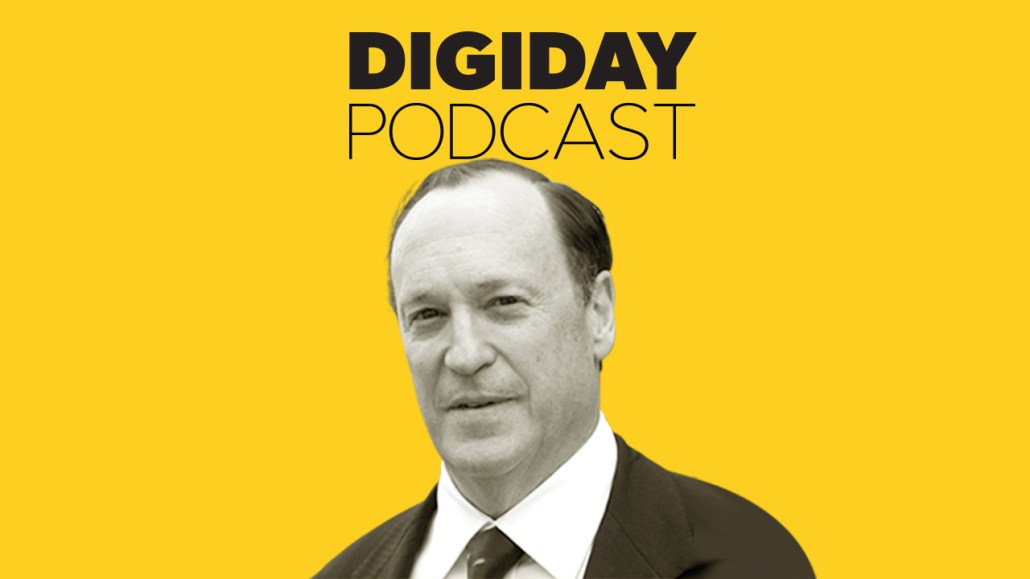 One-year-old startup NewsGuard is trying to turn the problem of unreliable and fake news into a real business.

The company, which raised $6 million in an initial funding round, creates “nutrition labels” for news organizations, rating them red if they are unreliable and green if they are trustworthy. The rating is not based on an algorithm but traditional reporting by a team of 35 journalists.

Steven Brill, co-founder and co-CEO at NewsGuard, says the goal is to get a license fee from technology companies to rate all news websites.

“Technology companies are initially horrified,” said Brill on the Digiday Podcast. “We don’t say anything about anybody without calling for comment. That’s what journalists do. Algorithms don’t do that. [Technology companies ask us] ‘You call people? How do you scale?’ Someone at Google asked me to draw a decision tree for how you arrive at your ratings. If this, then that. I said you can’t do that in journalism because two people can give you different answers to the same question. There are variations to the reporting process. They think it’s inefficient. But the key is we’re not solving all the problems of the world. If the New York Times publishes a false story, we’re not going to catch it. We tell you the general reliability of websites.”

On this episode, Brill talked about the company’s business model, where growth lies and being the alternative to algorithms. Edited highlights below.

How the company uses AI to know what to watch for
“Whenever anything starts to trend, we get alerts. This is where we do use artificial intelligence. It tells us if something new has come on the scene and it’s starting to show signs that it might trend. We have a SWAT team on call 24/7 that will go and look at the site very quickly. If we haven’t rated the site, we would rate it before it went viral. We have trained journalists who [verify who the people behind a website are.] We also have AI that takes fingerprints of a site. If we give it a red rating and it reconstitutes itself under a different URL, the rating will follow it too.”

Big-scale problems present a big space for growth.
“The scope of the problem is limitless. The number of places, topics and countries where this a problem is limitless. It’s not because anybody is necessarily trying to do anything wrong, although many people are, but the good and bad thing about the internet is anybody can be a publisher. We scale by rating sites and not individual articles. You can use our browser plugin and get nutrition labels and ratings for 96 percent of the news and information that is shared online in the U.S.”

Transparency is key.
“We designed our company to be the opposite of an algorithm in every single respect. We’re transparent. Facebook, Google and Twitter have a reliability and trustworthiness rating for every news site in the world. They just don’t tell you what it is and exactly how we did it. The nutrition label tells you exactly how we [rated a site]. If you get 60 points or more, you get a green. If you get less than 60 points, you get a red.”

The best alternative to algorithms or government intervention.
“Our business model is to get a license fee. The platforms will license it and install it on their end so you have the option to see it from Facebook when you look at your Facebook feed. Microsoft has already launched us. We’re the alternative between two really bad ideas out there. The first is relying on the technology companies, allowing them to work on the algorithm that will solve it and stay completely non-transparent. The other alternative is that the government steps in and become the content police. The good thing about us is we’re a private company. We think we’re the first in the trust industry and we assume that others will step in to compete, either will an algorithm or with human beings, and then people can decide which one they want to use.”