The New York Times: Paper of record, master of trolling

If “trolling is an art,” as the saying goes, then The New York Times is Picasso.

While the paper daily produces some of the world’s best journalism, it also home to its share of articles that border on the inane. Some cross the light right into trolling territory. The most recent example, of course, was yesterday’s now-infamous green pea guacamole recipe, which it argued is “one of those radical moves that is also completely obvious after you taste it.” The Internet disagreed —  vehemently.

It would be easy to chalk up the pea-guac recipe to a mere lapse in editorial judgment. But such tonally-bizarre headlines actually occur fairly regularly at the Times, whose reporters tend to pen trend pieces so absurd that they border on self-parody. Sometimes it’s hard not to feel that the Times is writing these things just to get a rise out of readers. Below, a sampling.

The time it said monocles were making a comeback 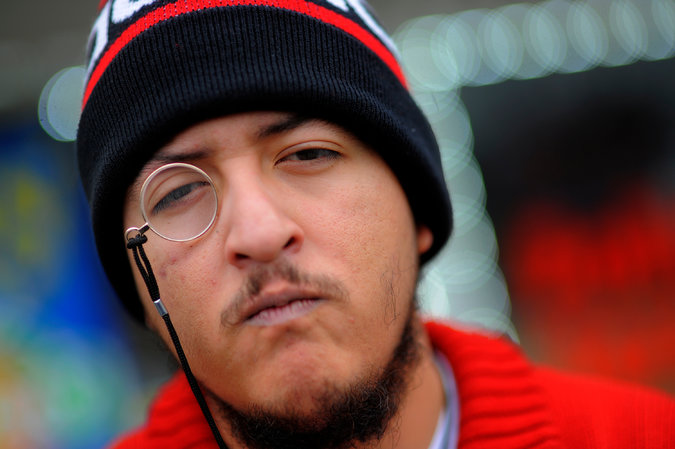 The Time’s fashion and Style section is ground zero to dubious trend pieces. In March 2014 the site charted the latest revival of the monocle, which it claimed was having a moment among “would-be gentlemen seeking to emulate the stern countenances of their stuffy forebears.” Ironically, the trend piece was actually a trend itself: The Times had charted the death and rebirth of the monocle multiple times since 1984.

Its ongoing obsession with Williamsburg hipsters, generally
It’s no secret that The New York Times has taken a particularly keen obsession with the habits and proclivities of hipsters. The newspaper covered the topic as early as 2004, when it reported that aging hipsters were dealing with growing old and aging out of Williamsburg. That coverage has given rises to a series of suspect hipster-focused trend pieces over the years, including those about hipster beards, hipster potbellies, hipster librarians and even the hipsters who discovered suburbia.

The New York Times real estate section is unparalleled in its ability to prey on readers’ financial and class insecurity. In March it ran a story about the young Manhattan elite were well-versed in the ins-and-outs of New York City condo market. The story, which clocked in at nearly 2000 words, profiled how the well-off youngsters, smartphones in hand, were taking an active role in helping their parents pick their next pricy pad.

“I had clients who were looking at places that were under $3 million, and their daughter, a high school junior, went online and found a visually stunning place on the Upper East Side that was $3.5 million,” said one broker.

That time it covered the rise of mother-daughter spa days
Earlier this year the Times profiled adult spas that have created dedicated day spas for children. The story, which surprisingly didn’t appear in the Sunday Styles section, detailed the many ways devoted moms doted on their special miracle-princesses with massages and facials. Readers were disappointed both in the trend and that the Times would it. “This article — and, of course, allowing comments — is throwing red meat to the masses, and the Times knows it,” wrote one.

That time it equated Minnesota with a grape salad

The Times is no novice when it comes to trolling its readers via food recipes. Its cooking section last November ran “The United States of Thanksgiving,” an interactive feature detailing Thanksgiving recipes that evoke each of the 50 states. New York, it said, was a double apple pie, while California got “sourdough Stuffing with kale, dates and turkey sausage”. Minnesota, on the other hand, symbolized by a grape salad. To which Minnesotans replied: Eh?

“‘I can’t wait to have Grandma’s Grape Salad at Thanksgiving!!’ Said no one from Minnesota. Ever,’” (politely) mocked one Minnesota resident, as the Minnesota Star Tribune reported.