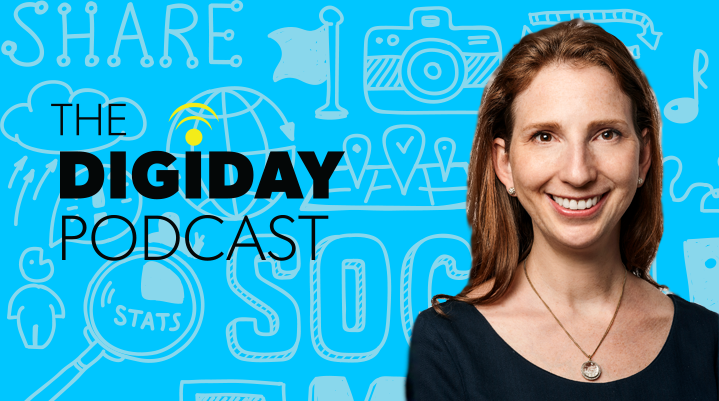 Publishers in the current media landscape may be trying to get Facebook right, but CEO of New York Media Pam Wasserstein is keeping her traffic diversified and dealing with platforms with caution.

“Facebook can be a way to introduce people to our brand, or to remind people about us,” she said on this week’s episode of the Digiday Podcast. “Eventually, it can lead to conversion [of audience]. But I like being diversified in traffic. So we have a mix of social, search traffic, and direct.”

When it comes to Instant Articles, the verdict might not be in, but it’s also not looking good.

“It’s a great marketing funnel. I’d like to see more opportunities to monetize. For example, Daily Intelligencer publishes on Instant Articles, but we didn’t put all the brands on Instant Articles because we wanted to see where that went. We’re not seeing a big audience lift or a big revenue lift.”

Wasserstein joined Digiday editor-in-chief Brian Morrissey to talk about the ways to build and diversify audience, and the next best digital areas to invest into.

Snapchat discover is worth the investment.
“We’re doing a weekly show for Vulture. For us, it’s a nice way to start. For someone who is not swinging at every single fence and making concentrated bets, but still wanting to dabble in certain things the weekly cadence is nice.”

Scale is not the goal.
“Each of our verticals is serving a specific audience around a specific passions point. That helps us build loyalty and engagement, and I want to be essential to our audience. So for that reason, scale is not the end-all be-all.”

Trump has been good for audience growth.
“The New York sensibility tends to be skeptical of the administration. We have seen 50% audience growth year after year, not only in news and politics, but also our women’s site, The Cut, has become a home and haven for people looking to make sense of this new environment from a women’s perspective.”

Verticals have developed into their own brands.
“I think of our other verticals as sister brands because they have really developed into full fledged with their own audiences. Like Vulture has culture and entertainment enthusiasts, who may not be aware of their relationship the New York magazine, but they are being informed by the New York Magazine sensibilities.”

New York Magazine remain the core product.
“It’s our calling card, it’s our sensibility and it’s beloved. Magazines are generally about identity, community, interests and passions. New York shows all of that.Our other digital brands are organized around other verticals — Vulture, The Cut. Each of those interest areas is represented in New York Magazine, and our authority in those areas came out of New York magazine”