Must Read: Why Ad Plumbing Matters 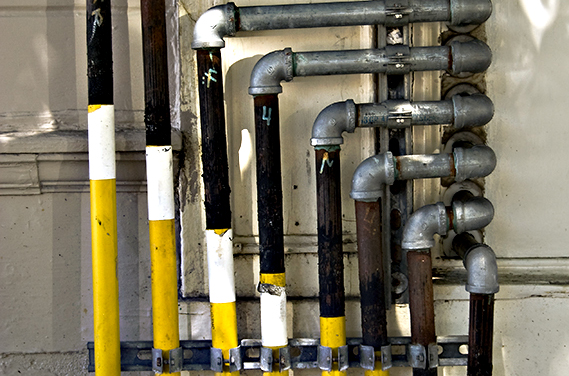 Twitter and Facebook are pioneering native ad format that are unlike the standardized banners the rest of the Web uses. The challenge for them is how to do while at the same time adopting the standard systems for accounting advertising success metrics. For all their talk of revolution, this is a fight both have deemed not worth fighting.

That’s a major takeaway from former Facebook Exchange product manager Antonio Garcia, who writes a deep dive on just why Facebook bought Atlas and Twitter scooped up MoPub. In the end, both companies need to find a way to adapt their native ad systems to the Internet’s existing plumbing, whether that plumbing is the best or not. Google, Facebook and Twitter are fighting not just for consumers but to own Internet advertising’s back office.

After dropping a million dollars on Twitter (a million that once went to traditional display or, even better, Facebook), [marketers are] going to want to know what they got in return. Twitter salespeople, like Catholic priests discussing the Eucharistic miracle, will recite canonical homilies about social engagement transubstantiating into sales and brand lift. The marketers will be rather more skeptical, and demand proof. Twitter will have to create an ad server to answer those questions. You can escape the ad format by going native, but you can’t escape the accountant’s ledger. The big question is whose accountant will win out in the end, and whether he lives in Mountain View, Menlo Park or San Francisco. Right now, I predict it could go any which way.

Read the full post, including an entertaining anecdote about how Facebook product managers were forced to scurry for PC laptops in order to check out Atlas, which amazingly only works on Internet Explorer.