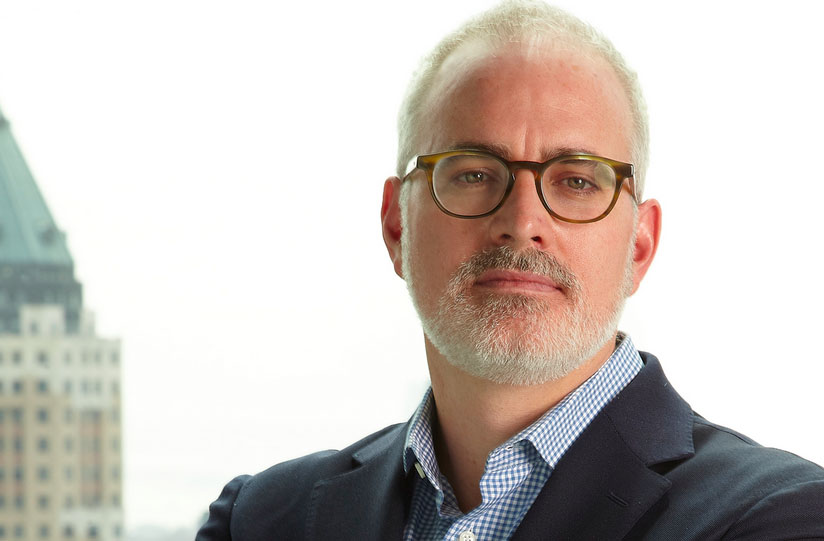 Content is central to media companies, but it’s hardly the only ingredient. Organizing the media company of the future is a lot like conducting an orchestra, making sure content, sales, engineering and other facets work in harmony.

That’s the approach espoused by Troy Young, who is in his fourth month as president of digital media at Hearst Magazines. The longtime digital media exec is charged with helping Hearst assets like Cosmopolitan, Esquire and Elle accelerate their transition to digital media. It brought in new editors this week for Cosmopolitan.com and Elle.com, one from BuzzFeed and another from Fashionista. And there have also been changes to the content packaging. For Cosmo, that meant a recent site refresh and tech tweak that not only gave the site a more modern, clean look but also cut load time from a slow-as-molasses 19 seconds to a perkier 4.5 seconds. Small changes like that go a long way, Young points out.

He spoke with Digiday about his view of how media companies adapt for their digital futures.

Bryan Goldberg’s epic post announcing his new women-focused publication, Bustle, had some not-very-nice things to say about women’s magazines’ adoption of digital during his launch. Agree?
I don’t think Bryan focused on us. I know what he’s trying to do. Do I think he’s right we need to be better at publishing at velocity on digital ? Absolutely. Do I think he underestimates our capacity to change? Absolutely.

You were always a big proponent of strong personalities being brands at Say. Women’s magazines seem different, in that the authority comes from the brand.
It’s broader than that. Take Cosmo. It needs to be a platform for women to talk about issues that concern them. It’s a lens that’s been established and refined and has meaning over many years. It continues to evolve. It also needs to house strong voices. The value proposition of what a media property is needs to be clear.

You’ve talked a lot about “product” and tech. But that’s not the core competency of a place like Hearst. How far into engineering should Hearst go?
It’s an important strategic question. The one thing I’d say was a hallmark of Say and needs to find its way into this culture is, those companies that were tech-led had the ability to bridge disciplines to make a product that met consumer needs. Those are the values of a tech company. That’s different from a magazine publisher, which could be successful with a siloed set of competencies. Getting people to collaborate more effectively is really important to moving from months to moments. Do I think technology is fundamental to the future of the company? Yes. Are we going to win because we have a better platform than BuzzFeed? I doubt it. Every media company has to look at the assets they have and the role of tech.

Can you affect change in a big company like Hearst?
Hearst doesn’t feel like a big company. It’s incredibly entrepreneurial. I feel tremendous decision-making latitude to move fast. I feel like I can be incredibly nimble. The company has done that historically from the evolution of Cosmo to diversifying around many types of media assets.

Are you surprised nobody has succeeded in building the digital version of a Hearst?
A lot of people talk about it. One of the hard truths about what’s essentially a still very fragmented digital landscape is there hasn’t been a company that’s thrown off enough cash to consolidate the market. There’s a lot of $50 million-$150 million media companies whose growth has slowed and are trying to figure out what the next move is. There’s not this logical aggregation with a clear public play and enough cash to make it work.

You tweeted agreement to the memo new Bloomberg Media Group CEO Justin Smith sent out. What part did you most agree with?
Talent. One hundred percent. There’s always been a lot of talent in these media companies, but it’s now in more disciplines. Digital to me is all about talent. We’ve embraced talent, but the real focus on being a company that attracts the best talent is so important.

What’s your take on the shift to automated ad buying?
We need to embrace it. The market is moving there. Let the robots do what the robots do well. Our sales organization will need to focus on creating a lot of strategic thinking and solutions for clients.