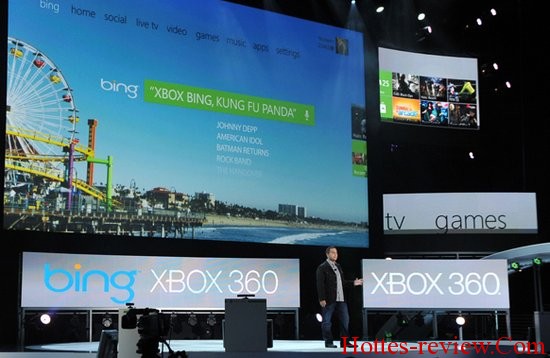 While Google’s efforts in TV have been mostly forgettable, Microsoft is kicking off an ambitious foray into interactive TV spot with its popular Xbox Live and Kinect platforms.

Microsoft will for the first time begin selling 30-second spots within Xbox entertainment applications, such as the app for NBC’s “The Today Show.” Microsoft also has begun to introduce interactive TV/digital ads that incorporate Xbox Kinect platform, which enables people to use voice commands and hand gestures to play certain video games. The company is set to announce this week that already 100 brands have begun testing Kinect-enabled campaigns. At the center of each campaign is what Microsoft is calling “brand destination experiences” that include Kinect-powered user interaction with ads..

For example, Garnier Fructis has launched Kinect-enhanced campaign that targets women playing the game Dance Central 2. Using gestures rather than controllers or a keyboard, players can sign up to receive a free sample of Garnier Fructis Pure Clean Shampoo and Conditioner and enter a contest.

“We’re the only next-gen TV platform that has the breadth of entertainment content, unique experiences with Kinect and a subscriber base of 35 million that continues to grow,” Shawn McMichael, Xbox’s senior director of global marketing Xbox, said. “Brands see this as a huge opportunity to engage with people on TV in new and creative ways.”

In fact, while Toyota and Garnier are showcasing unique ad placements, Xbox is touting the fact that it can offer advertisers plain-old 30 second spots as a breakthrough, since they are the easiest way for the average advertisers to target Xbox’s audience. “

Xbox’s new ad treatments are being introduced to coincide with the launch of an updated Xbox Live product, which includes significant enhancements. At the center of that rollout is Bing on Xbox voice search, a new application which blends elements of Bing search and Kinect’s voice commands — to offer users a theoretically much easier way to navigate Xbox’s growing stable of content.

Back in October, Xbox added partners such as Vevo, SyFy and HBO. Now, add to that list Major League Baseball and Vudu, which have both signed on to launch Xbox Live apps, said officials, meaning over 40 content providers and 100 advertisers have signed on in 2012.

“This is now the benchmark against which all other living room initiatives will be compared,” said Forrester analyst James McQuivey.