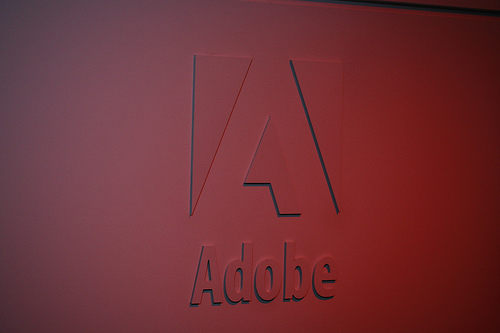 Slowly but surely Adobe is setting itself up as an alternative to Google in stitching together the fragmented advertising technology product landscape. Its key competitive advantage: it isn’t Google.

Adobe made its latest move yesterday with the acquisition of Efficient Frontier, the digital ad buying platform. With Efficient Frontier, Adobe gains a critical piece of building a rival ad planning, buying, measurement and optimizing platform: the buying piece. Efficient Frontier started its life as a search ad platform but morphed to include display and social, both of which are starting to look a lot like search.

That piece joins Adobe’s purchase earlier this month of Auditude, a video ad platform, along with its acquisition of data manager Demdex this year, Web analytics giant Omniture back in 2009, and its home-grown tools that are ubiquitous in making digital advertising. Taken together it’s the makings of a rival to what Google has built itself with DoubleClick, Invite Media and other pieces.

There’s a key difference that Adobe exec Aseem Chandra stressed to me: Adobe doesn’t sell advertising. The thinking is it’s quite odd to turn to Google for the tools to plan, buy and measure media. After all, wouldn’t it design those tools to make sure its own ads get bought? That’s the rub of having Google as market maker.

On the other hand, nearly every publisher, agency and advertiser agrees that the ad tech landscape is a mess of complexity. It simply shouldn’t be that difficult to cobble together the tools and platforms to plan and execute campaigns. Digital media has always struggled to balance the need to innovate against the need for efficiency. It’s no wonder that 15 years on, digital ad buying remains so hopelessly inefficient — and brands don’t even buy into most of the metrics from the reputedly most measurable medium around.

Adobe was long identified as a dark horse in the race to provide an anti-Google. The Web ad market’s 22 percent growth in the third quarter, compared to a year earlier, hasn’t gone unnoticed. Big infrastructure players like Akamai and IBM have dipped their toes in the water, yet nothing to the extent of Adobe. The ubiquitous digital media investment banker Terry Kawaja believes SAP could throw its hat in the ring.

Adobe has a ways to go before it’s actually a credible alternative to Google in the many pieces of digital ad infrastructure. It doesn’t have an ad server, demand-side platform or supply-side platform. Chandra wouldn’t go into which pieces he feels Adobe is missing, while reiterating its goal to have an end-to-end system, which ends up sounding a lot like what Google’s said over the years. That’s the plan at least.

“The tough thing for them will be how to integrate them all together without falling on their face,” said Joanna O’Connell, a Forrester Research. analyst.