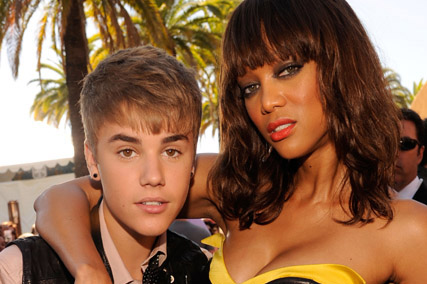 Not completely content with careers in acting, music, or major-league sports, some celebrities try their hand at venture investing, too. We rounded up some celebs with an unlikely interest in the world of digital media and marketing, and the companies they’ve put money into:

Ashton Kutcher
Kutcher has invested in more than 20 Internet startups, some of them media and marketing-related. He has poured over $10 million into personalized “magazine” app Flipboard, for example, and participated in an early funding round for daily deals turned e-commerce site Fab.com. Other marketing-related startups he has invested in include Skype, Airbnb, location-based social network Foursquare, page optimization company Optimizely, and mobile-focussed news aggregator Summly.

The day job: Kutcher initially rose to stardom for his role in “That 70s Show” before going on to star in the hit CBS show “Two and a Half Men,” and to pick a fight with Walmart on Twitter. He also played the lead in the Steve Jobs biopic, “Jobs,” which may have sparked some of his digital interest. Let’s hope his investments fare better than the film.

Justin Timberlake
Perhaps inspired by his own role as serial entrepreneur and investor Sean Parker in the Facebook movie “The Social Network,” JT has been slowly investing in online companies based around the arts. Those companies include photo-tagging app Stipple, music education firm Miso Media and, of course, Myspace, in which he took a stake when it was purchased from News Corp by Specific Media in 2011. Despite a relaunch and Timberlake’s own “major role” in deciding Myspace’s new direction, the site has largely failed to regain the audience it once had.

The day job: Timberlake rose to fame as a child, after a stint on kids’ variety show “The New Mickey Mouse Club.” Today, the multi-talented Mr. Jessica Biel is a singer-songwriter, dancer, businessman and actor.

Tyra Banks
The ’90s supermodel recently made her first ad tech investment in an Android app called Locket, which pays mobile users to interact with ads on their smartphone lock screens. Locket founder Yunha Kim told Digiday the app now has over 350,000 users and has featured campaigns for brands including Amazon, Orbitz, Hershey’s, Spotify, Zipcar and Bonobos.

The day job: Banks is an American television personality, television producer, author, actress and former model. She also seems to think she knows a thing or two about advertising technology, apparently.

The day job: A pop music sensation discovered on YouTube, Bieber is the most digitally native of the lot. The 19-year-old wunderkind has sold 15 million albums worldwide grossing somewhere in the region of $150 million. His days are now mostly spent spraying graffiti in Columbia and swearing at framed photographs of Bill Clinton.

Legendary basketball player “Shaq” O’Neal invested in Google before its 2004 IPO, at a price believed to be around $100 a share. It is not known how many shares he bought, but the online ad giant’s stock is currently worth 10 times as much, at around $1000 a share.

The day job: The self-styled “Big Aristotle” is a retired basketball center, one-time rapper and film star, and current analyst on the television program “Inside the NBA.”