Instagram and Omnicom pull back the curtain on their relationship 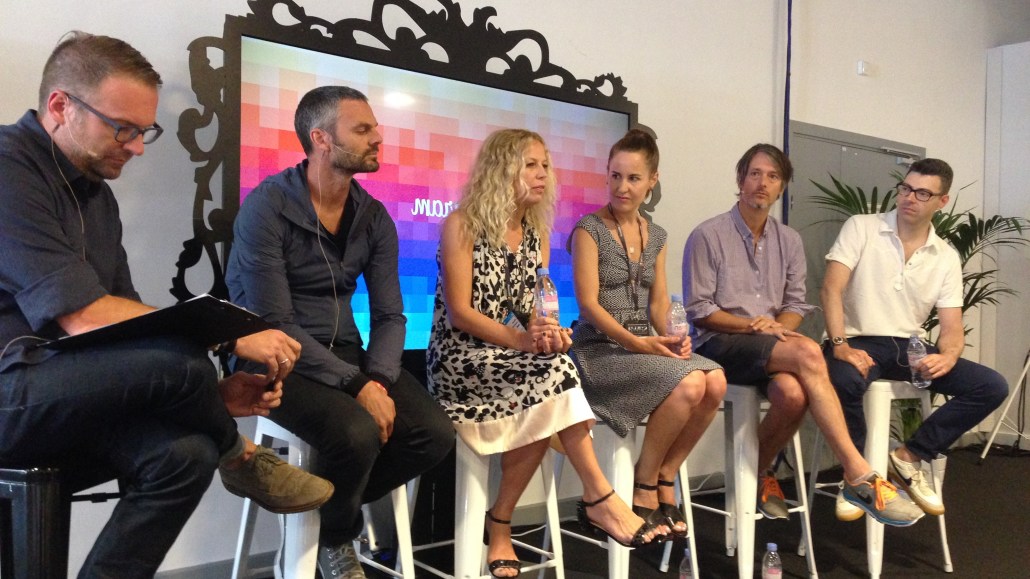 The rise of Instagram dovetails quite nicely with the demise of monotheism in Western culture — and a return to cave painting-style communication.

So says Stephen Butler, chief creative officer at Chiat Los Angeles, who was speaking at a Cannes panel of Omnicom executives Wednesday. According to Butler, Instagram has supplanted religion as the mechanism by which humanity defines and understands its place in the world. At the same time the substance of our communication is becoming shorter and more image-based, not unlike the Lascaux cave art.

Enter advertising. Sociological prognostications aside, the event yielding an interesting look at how Instagram is collaborating with Omincom — which in March agreed to an ad buying deal that could ultimately be worth $100 million. Hosted by Instagram’s brand development lead PJ MacGregor, the session spent time unpacking the missteps made by Facebook, Instagram’s parent company, took when it rolled out ads years ago.

MacGregor acknowledged Instagram’s need to more actively embrace the agency community now that it has started rolling ads onto its platform. “We’ve learned the good and hard way the things can go at Facebook over the last couple of years,” he said.

That is, Instagram does not want to garner a reputation for neglecting agencies or frustrating their clients by making changes regarding how it treats brands on its platform — which is precisely what Facebook did when it decreased its organic reach in recent months.

So to start, Instagram and Omnicom conducted research into the effectiveness of Instagram ads in order to establish best practices. And while still only months into the partnership, Instagram campaigns from Omnicom clients Chobani and Levi’s have started to yield some revelations.

For one, it turns out that less is more. The Chobani and Levi’s campaigns served at most two ads to a user. The Levi’s campaign elicited an ad recall lift that was approximately four times high than Nielsen’s norms for online advertising. Brands needing to be judicious about their Instagram posting frequency corresponds to the advice Facebook is giving brands about posting to Facebook itself.

“We thought we needed lots of creative [for Facebook],” Winkler said. “But the organic reach has plummeted to the single digits. And we did that because we were cranking out so much creative of dubious quality and the algorithm punished us for it.”

“We’re in a world right now of quantity not quality,” Diane Jackson, executive director of integrated production at DDB Chicago, said. “The craft of the image and the experience is somewhat more considered [on Instagram].”

Brands hoping to simply repurpose their glossy magazine spreads or large outdoor campaigns for Instagram will likely be disappointed, however. MacGregor said Instagram users tend to appreciate images that are exclusive to Instagram. That’s good for Instagram’s goal of becoming a focal point of brands’ creative campaigns, but also creates more work for the brands it’s hoping to work with. Looks like they’re going to need a bigger cave.