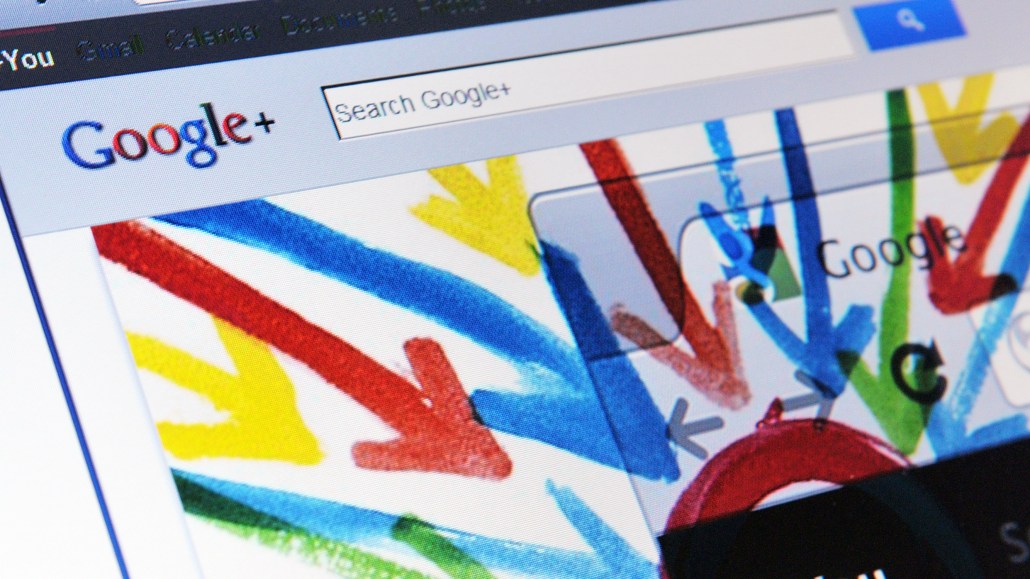 Google+, despite the conventional wisdom that it is a social media ghost town, is actually more a more effective marketing channel than Twitter, according to a new Forrester report. This is not an April Fool’s joke.

The search giant’s platform is so important, in fact, that brands should be treating it as they would Facebook, Nate Elliot, the Forrester analyst who authored the report, told Digiday. That is, anything a brand posts to its Facebook page should be cross-posted to its Google+ account.

Sound farfetched? Google+ has just as many adult users in the U.S. as Twitter, according to the report. Of the 61,000 U.S. adults surveyed, 22 percent said they visit Google+ at least once a month, the same percentage that said they visit Twitter monthly. Google+ and Twitter are more popular than Instagram and Pinterest, according to the survey. Facebook was the most popular social network: Nearly three-quarters (72 percent) of respondents said they use it monthly.

Elliot added that the survey was meant to find people who visit Google+ directly, and therefore doesn’t include people who sign up for a Google+ account only so they can comment on YouTube videos.

The report also concluded that a brand’s Google+ followers are twice as engaged as their Twitter followers. Facebook was again the social media leader here, with the highest rate of engagement per follower.

The disconnect between how Twitter and Google+ are perceived and how they actually perform for brands may stem from the media’s fascination with Twitter, according to Elliot. While those working in digital media might be active tweeters, their usage does not reflect the social media habits of the population at large.

“Google+ is not the preferred social network of people in our industry,” Elliot told Digiday. “Our industry is a pretty phenomenal echo chamber, and it would have you believe that most people in the U.S. use Twitter.”

Despite Facebook and Google+ having relatively higher consumer engagement rates, Elliot said the findings do not refute his controversial October 2013 report that Facebook is failing marketers. Even though Facebook boasts a higher engagement per follower rate, that rate is still below a tenth of a percentage point (0.073 percent).

Elliot also questioned Twitter’s value for marketers just prior to its IPO last fall. Twitter declined a request to comment, saying it generally refrains from commenting on third party research.

Elliot acknowledged that many will likely be surprised by the report. But some of its results are corroborated by comScore data, which suggests Google+ was used by 21 percent of U.S. Internet users ages 18 or older in February 2014. Twitter was used by just 19 percent of that population, while 66 percent visited Facebook that month, according to comScore.

Of course, the Forrester report only matters insofar as it can change the minds and spending habits of the advertising world. While there’s still trepidation concerning Google+ due to its relative lack of users, the high engagement numbers cited in the report might divert brands’ attention away from Facebook, according to Jill Sherman, director of social and content strategy at DigitasLBi.

“The real sensitivity to Google+ as a viable paid channel is scale. While they undoubtedly have a large subscriber base, the average time spent on site is only seven minutes per month — still a long way off from Facebook and Twitter use,” she said in an email. “That said, Facebook’s reported organic reach for brands is at 1 to 3 percent right now. So, Google+ may have an opportunity to become to go-to channel for organic posts.”