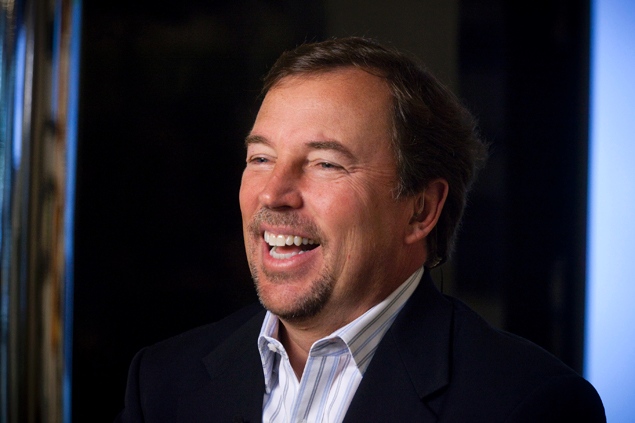 Here’s the digital ad world’s quick take on the new Yahoo CEO: He seems like a smart guy, though some of his language is alarming. It’s fine that he doesn’t know the in’s and outs of banner ads, but he needs to make the tough calls on Yahoo’s future that its board refuses to make. Oh, and if you let Ross Levinsohn and Blake Irving skip town, they’re really going to be worried.

Like many in Silicon Valley, agency executives were still digesting Yahoo’s hiring of former PayPal chief executive Scott Thompson. Give Yahoo this: Few saw the move coming. One thing is abundently clear: Scott Thompson, a known quantity in many Valley circles, is a stranger to Madison Avenue, which is still where Yahoo gets its money.

That’s OK with most observers, as long as Thompson gets some help. What still concerns many in the media and ad world is that Yahoo once again punted on making a decision on what it is — a tech company or a media company. And based on some of Thompson’s comments — that Yahoo will be “back to innovation, we’ll be back to disruptive concepts” — there’s a fear that Yahoo is still pining for its cutting-edge past rather than focusing on its media future.

“I don’t know him,” said GroupM CEO Rob Norman. “Not much to say on the topic but clearly this is a cocktail of technology, operations, audience development, proof of audience value and sales leadership. Easy.”

“Innovation, disruption? It’s been a while,” added Chris Copeland, CEO GroupM Search. “People thought that with this hire Yahoo was going to declare what they are with this announcement. That didn’t happen. The board clearly thinks they are a technology company still.”

Yet that’s a muddled message for most brands, who mostly think of Yahoo as a place to reach big audiences on properties like Yahoo Sports and OMG.

“They need a CEO who can deliver a strong product vision and can communicate that to marketers,” said Bryan Wiener, CEO 360i. “It’s a communication problem.”

Maybe it’s also an emotional problem. After all, this is a company that essentially outsource its search technology to Microsoft, but still insists on retaining and marketing its own search brand, and still seems to dream of battling the Sillicon Valley giants.

“NBC doesn’t sit around wishing it were Facebook,” said Wiener. Instead, NBC embrace what it does best: deliver a broadcast-sized audience to advertsiers, which is what Yahoo seems reluctant to do.

Maybe that’s what Thompson will figure out (after, most likely, he deals with Yahoo’s China/Alibaba business to free up some cash). Most agency executives are impressed with Thompson’s operational credentials, and don’t seem to mind that he’s not an ad or media guy.

“This is the CEO of a publicly traded company,” said Eric Bader, Initiative’s ­president and chief strategy officer. “He doesn’t need to know the IAB banner sizes. He needs to be an effective mechanic. He needs to turn this huge amorphous company into something that stands for something. And he needs to be ruthless on behalf of shareholders and focus only on the business that make money.”

Yahoo’s media business is making decent money, but is losing share rapidly to Facebook. Yet on the media front Thompson has help. While some theorized that he might be best served by bringing in a strong number two executive from the agency world — say one of the rumored candidates like ex-Digitas CEO David Kenny or aQuantive founder Brian McAndrews — most digital insiders said that Thompson’s first priority should be to keep media executives like Ross Levinsohn and Mickie Rosen, sales chief Wayne Powers and chief product officer Blake Irving, in the fold.

“Retaining talent is key,” said Jeff Lanctot, chief media officer Razorfish. “I don’t know if the industry will have the stomach for another round of full-scale changes.”

And so Thompson begins what seems like a Herculean task with something of a cheering section, which will give him some space to fix what most needs fixing and get on with charting Yahoo’s future. Tolman Geffs, co-president of the investment firm Jordan Edmiston Group, said he bought some Yahoo stock on Wednesday immediately after Thompson’s hire.

“He’s very capable,” he said. “He has a deep understanding of Internet technology. PayPal touches the entire Web. Yahoo’s an Internet company. Most importantly, now they can make decisions.”