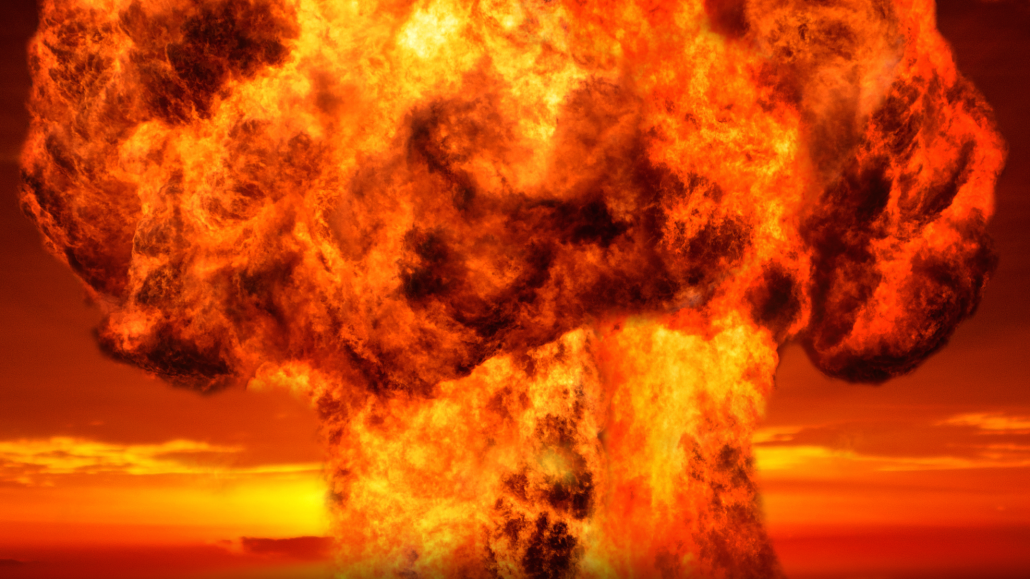 Bryan Goldberg is the founder of Bustle and Bleacher Report, and an investor in Mic and HelloGiggles.

Last week, Facebook announced some changes to its news feed algorithm, which is sure to put a chill through the spines of virtually every news and media publisher in, well, the world.

It will also make a lot of venture capitalists — many of whom have now made at least one major bet on a digital media company — hold their collective breath. After all, it’s well known that a change to the Facebook algorithm could have a major effect on potentially everyone in the media ecosystem.

So, what is really going on?

Pundits have speculated for two years that the Facebook Apocalypse will arrive any day now. The fabled day in which the Menlo Park engineers pull the rug out from under the publishing community and drastically reduce the amount of referral traffic to publishers, some of whom are now entirely dependent on social media traffic.

The newest roll-out may take several weeks to see completion. And data is still rolling in. But these fears have put publishers like me in a position to review the frameworks by which we analyze our page data.

And now is as good a moment as any to dive into what we are seeing.

So, here are some analyses that I am running on my digital media property, Bustle.

For those who don’t know our site, we are a fairly new publisher with about 250,000 fans on Facebook. These fans have been mostly acquired in the last year via organic channels. So, we may not be the perfect proxy for every social-optimized publication, but we are a pretty good one.

Since Jan. 1, we have seen our overall reach increase significantly for a typical post from our official Bustle page. Here is a graph that shows a trend line for the median reach of a Bustle link post. This analyzes our last 3,000 posts on the x-axis: 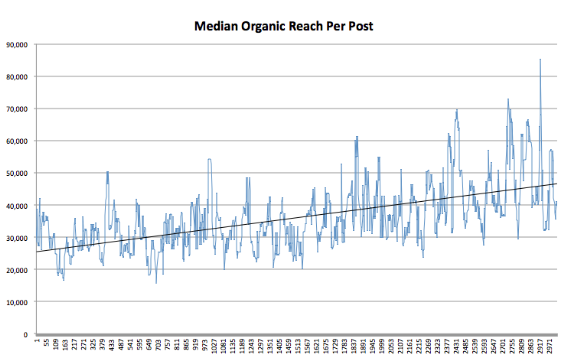 For this particular analysis, I felt that the median was a superior metric versus an average. Why? Because it eliminates noise and tells me what a “typical” post on my Facebook page can do for the company.

Our “typical” page post has increased from a reach of about 27,000 to a reach of about 47,000. This is a substantial increase but not in the context of our page’s overall fan count growth. That has exactly doubled in the same four-month period.

What does this tell us? It tells us exactly what Facebook itself has telegraphed. The battle for news feed space is competitive, and the reach of a typical fan will diminish over time as competing publishers get savvier. Thus, a successful publisher must grow its fan count faster than the rate of diminishment. For a site to double its fan count in four months is impressive. But it doesn’t lead to a doubling of organic reach.

So does this mean that Facebook traffic overall is up?

Here is a chart that shows the individual reach for each one of those 3,000 posts to our Facebook page: 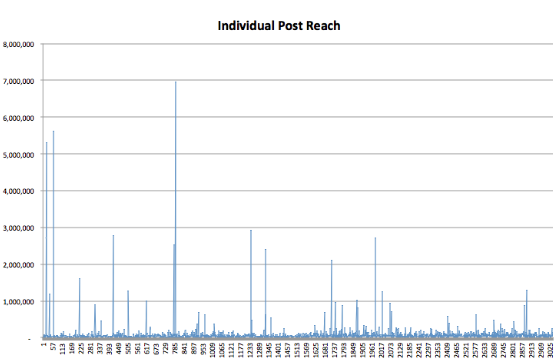 As one can plainly see, the number of “super hits” — the type of stories that will individually drive a million readers to the site — has decreased. This has had a disproportionately negative impact on the sites that had early traction on the Facebook platform, such as Upworthy. Once again, as Facebook expands its focus to video and as traditional publishers improve their social media chops, it is simply much harder to produce a massively viral story.

So, is this trade-off worth it? Should a publisher favor a more consistent reach, even if it comes at the expense of the occasional hit article?

As a business, I would argue that consistency is better than the occasional hit. Our customers — major brand advertisers — want us to stick to a schedule. They want even pacing of their advertising campaigns. They would rather us have a consistent and positive outcome versus gambling on us having a mega hit story on the day their campaign goes live. It’s probably also good for readers, who see more diversity of content in their feeds.

Ultimately, Facebook has been remarkably transparent when communicating these changes to publishers. It has repeatedly reiterated their commitment to the key role that publishers play in the Facebook ecosystem. And it generally recognizes that it would be untenable to throw a giant wrench in the system. At the same time, it has eliminated the “winners and losers” model that defined 2013 and early 2014, and replaced it with something smarter and more consistent.

This is hardly a bad trade-off for media companies.