Can Jim Impoco Save Newsweek? 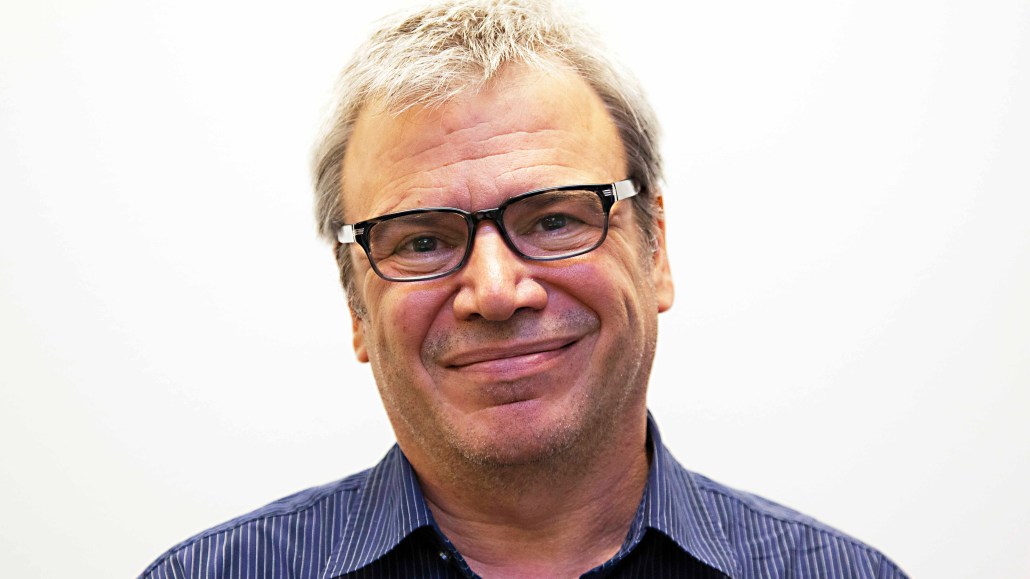 Jim Impoco, the new editor-in-chief of Newsweek, is either the bravest man in journalism – or the most self-destructive. Now owned by International Business Times Media, the notoriously embattled publication has changed hands four times in three years. Impoco shared his vision with Digiday as the first issue under his stewardship hit the stands. Excerpts:

How does Newsweek become relevant again?
It’s precisely why we’re going to rebuild the website immediately. When the Daily Beast and Newsweek merged, Newsweek.com got shut down. So right now, we have a site that can’t be refreshed, updated or corrected. We started building a new website last week and expect to launch soon. And voila: [We] will have real-time news in addition to our magazine. If you don’t have skin in both games, you’re not really a contender, are you?

What’s your top priority?
Publishing stories that move the dial. We want to go back to becoming an indispensable read, to advance the discourse on the news. Forward motion on all news fronts is the priority.

Can print magazines ever get back to where they were in their heyday?
If you’re talking about the town car that isn’t waiting for me outside, no. It’ll never be as quite as lush as it was at 4 Times Square in the ‘90s. That era is gone. I was at Time Inc when I was criticized for not using my expense account as aggressively as I needed to because I was pulling down the average. That won’t happen anymore. Bless my old supervisors who encouraged me to spend because spending is fun. It’s not a real thrill to be frugal, but the business right now is a very different business. Magazine journalism isn’t going away. Magazines do big step-back pieces that connect the dots.

So, no more bizarre Tina Brown-style covers?
The first cover [story], by Kurt Eichenwald, is suggestive of the direction we want to take this. It’s a deeply reported piece that takes on conventional wisdom in a very convincing way, brimming with information and energy. The covers will be more global. I don’t believe in stunt covers; navel gazing is a disease that inflicts way too many of us here in NYC.

IBT, like pretty much every publisher, is deep into the pageview rat race. Will Newsweek also succumb?
No. Our strategy at Newsweek won’t be listicles and cute kittens. Though I have a piece on cute dogs in the first issue. I didn’t do kittens, but I did puppies.

What’s the biggest near-term challenge for Newsweek?
It’s going to be redeveloping the real-time news muscle that atrophied over the past couple of years, since the merger of the the Daily Beast and Newsweek.com. Newsweek ceased being a real-time news-gathering organization. We need to establish that and do it with a Newsweek voice. The challenge will be keeping up the magazine while feeding the beast on a daily basis. We need to really nurture Newsweek back to complete health.

There are many that say that it’s not possible to nurture the Newsweek brand back to health.
I completely get the skepticism. Yes, I’m here now, so of course I’m ridiculously optimistic in everything I do. That said, there are such amazing assets this company has. Start with the fact that we have 400,000 paying tablet customers. On Twitter, we have over 2 million followers. The thing is, outside of Manhattan, the perception of Newsweek is not as a struggling brand; it’s an influential newsmaker. The brand recognition overseas is quite frankly astounding. Don’t be surprised to see us expanding our partnership overseas. I don’t think the brand is broken. Dozens of snarking media posts a day do not kill a great international brand so easily.

How will you command high CPMs for Newsweek?
I will leave that to the business side to discuss. But I’m confident from what they tell me, it’s looking pretty swell on the ad side.

Will Newsweek get into native advertising?
[There’s] no talk about it so far.

Will Newsweek invest more into programmatic?
Newsweek won’t. But IBT Media is doing very well with direct sales as well as programmatic media buying. Right now, the perception of IBT in the ad community is a hot brand. Everything I hear near the water cooler suggests that September was the best month in the company’s history.