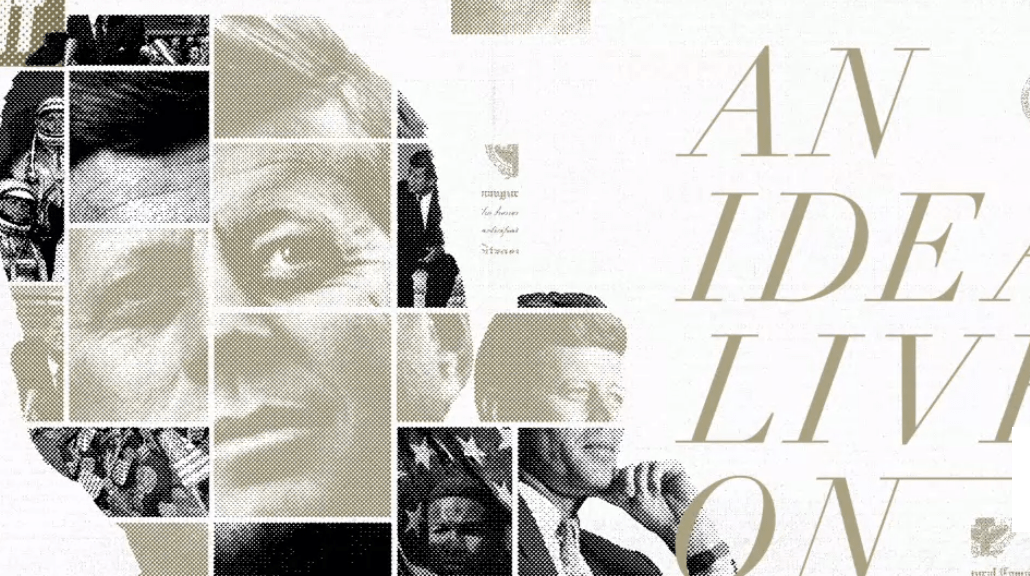 With the upcoming 50th anniversary of President John F. Kennedy’s death on Nov. 22, the John F. Kennedy Presidential Library and Museum wants to capitalize on the moment to celebrate the life of the man, not mark his untimely end. Toward that end, it wants to emphasize the relevance of the president’s legacy in the 21st century. And what better way to do that than digitally?

The library wants audiences of all ages whose lives have been touched by the late president to contribute to an online database of user-submitted stories called “An Idea Lives On.” After all, Kennedy created the Peace Corps, had a large hand in the Civil Rights movement and launched a race to the Moon. Reverberations of the policies he implemented are still being felt today, half a century later.

“With any luck, we want to refocus people on how his life continues to make an impact versus the actual moment of his death,” said Brian Williams, a creative director for The Martin Agency, which has had a pro bono collaboration with the JFK Library and Museum for 19 years.

JFK fans are encouraged to tweet 140-character stories or submit photos and videos using the hashtag #anidealiveson or submitting directly on the museum’s website. Submissions have come in from people named after the late president and from kids at the John F. Kennedy Day School in White River, Ariz. The JFK Library will eventually sort through the submissions for the best entries and format them for the website.

Each story will then live under the “Stories” tab of the website, alongside commissioned content from the museum and tagged according to subject, like Art, Space or Civil Rights. The end result is something like a crowdsourced publishing platform for the museum that people can browse through and interact with in a way that’s meant to be both sentimental and educational.

“Submitted stories will get put right into the site’s stream — video, photos and text that will all play like a movie,” said Williams. “There’s music to it, and it’s set on a timer so it moves on if you don’t engage with it.”

Although the anniversary of Kennedy’s death — and most of the buzz it is generating — will occur this week, the JFK Library will be pulling in stories on an ongoing basis so that the database continues to grow beyond just this week.