One Publisher’s Cover is Somebody’s Art 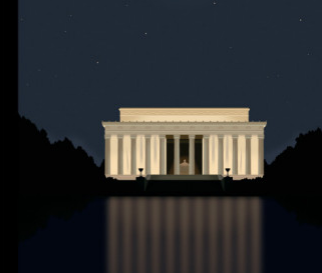 Magazine covers sell issues. Last month’s issue of Rolling Stone, with the picture of Boston bombing suspect Dzhokhar Tsarnaev sold more than 13,000 copies, which was more than double what the magazine sold at this time last year.

It only stands to reason that cash-hungry publishers are trying to make this a tidy side business. Condé Nast, owner of magazines like Vanity Fair, Vogue, Golf Digest and The New Yorker, is seeing an uptick in the licensing and selling of archival covers. Covers can be pieces of art, and Condé Nast is generating revenue by selling them to admirers through CondeNastStore.com.

While Condé Nast Collection is not a mint, it does bring in some incremental revenue on publications that have worn way past their news cycles. Condé Nast Collection charges between $125 and $649 for non-framed prints, ranging in sizes between 9×12 inches to 30×40 inches. If you add in framing and matting, it’s easy to drop more than $1,000 on an old cover. While the company wouldn’t disclose how much revenue the licensing and selling of prints brings in, it said it sells in the “thousands.”*

“We were losing a significant amount of money when I started and now we’re making some,” said Candice Murray, Condé Nast’s executive director of content sales and licensing, who came on board two years ago.

One reason it’s now making money is because of its year-and-a-half partnership with Art.com. Murray said that Art.com handles backend services, like Web hosting, fulfillment, marketing and customer services. Condé used to run the online store on its own. By teaming up with Art.com, Condé Nast was able to trim that fat. Murray said that due to the partnership, this business is in the black.

It also sells images as wall art to interior designers, hospitality firms and retailers. But it also sells wall art directly to consumers. Each Condé Nast title has its own store.

There are seven people working for Murray. Four are direct salespeople who license content and images to book publishers, agencies and corporations. One is an operations manager, and there’s a support person. There’s also a curator, who scours the Condé Nast archive to select images, covers and cartoons to be sold.

The most successful Condé  Nast brand, according to Murray, is the New Yorker. Perhaps not surprising, as the publication is known for its artistic covers, in-depth reporting and cartoons people laugh at to pretend they’re smart. But, she said, other publication covers do well. Vogue and its archival imagery, as well as Golf Digest, are popular. People like looking at the lush green fairways of the world’s bucolic golf courses.

But it’s the New Yorker covers that people are fascinated with. Here are some of the top selling covers:

The most popular cover is the November 17, 2008 cover from artist Bob Staake. Internally, it’s called the “O cover.” The image is of the Lincoln Memorial, lit up by the moon (which happens to be the “O” in New Yorker) and bouncing off the Reflecting Pool. Called, naturally, “Reflections,” the New Yorker is about to release a limited edition series, on metallic paper signed by Staake for $550.

This April 2012 cover, by Peter de Seve, of a dog relaxing on his front stoop was a top seller in 2012, according to Murray.

The top-selling New Yorker cover of 2013 is the recent cover of Bert and Ernie, watching the DOMA decision come in. Murray said she’s sold more than 400 since that cover came out in July.

And, of course, there’s the iconic Saul Steinberg cover from March 29, 1976, titled, “View of the World From 9th Avenue.” Up until the “O” cover, this was the most popular New Yorker cover.

* Updated to correct: article originally said there were 75,000 images sold per year. That was incorrect. A Conde Nast spokesperson said it’s in the “thousands.”