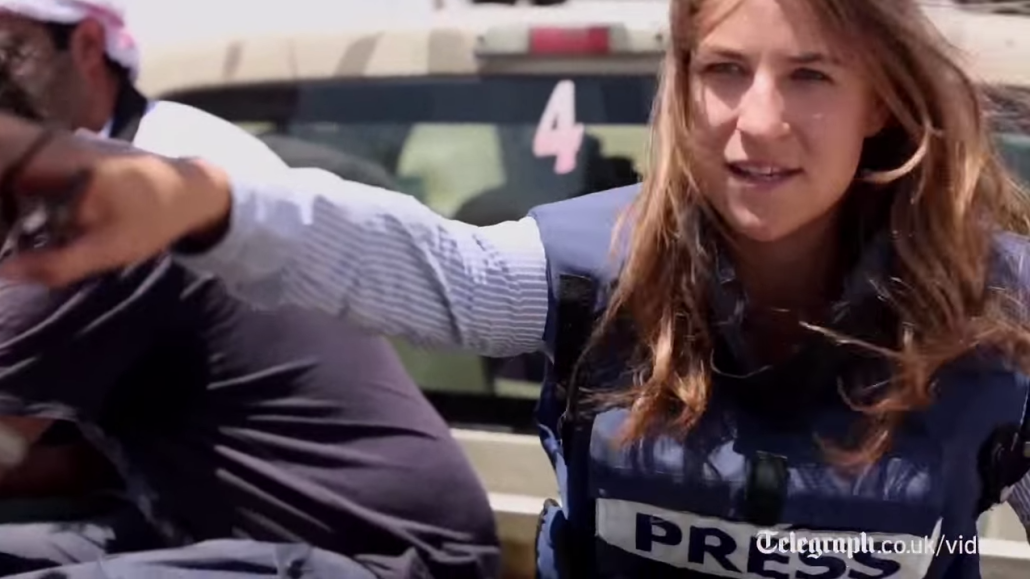 Newspapers everywhere are on the hunt for ad dollars. That’s inevitably leading them to video, where ad prices remain robust.

And yet they are faced with a chicken-and-egg problem. In order to attract advertisers, newspapers must attract sizable audiences, which requires upfront investment in video production.

The Daily Telegraph faced this very uphill battle. The publisher claims to be closer to satisfying the “virtuous circle” of video which its editors can produce well and which satisfy users and advertisers alike. Its video team now publishes an average of 250 videos a week on Telegraph.co.uk/TelegraphTV and YouTube, which includes short news coverage shot by its reporters, live streams of major events and short original explainer videos and interviews. It supplements those original videos with news clips and internet weirdness from third parties like AP TV, Reuters and Bloomberg.

Their story is so far, so good. Internal figures show it has enjoyed a 108 percent increase in video traffic year on year and boasts a reach of 4.5 million unique users according to its sales deck. Its site has plenty of 30-second pre-roll ads, some of which don’t have an ability to skip, which can frustrating if you’re waiting to watch a short piece of viral footage. But its head of visual journalism Ben Clissitt says that rather than reliance on pre-roll alone, brand partnerships, such as this sponsored video by HSBC and video distribution deals have healthier margins which offer other ways to monetize its video capabilities.

Here are some of the key lessons shared by Clissitt on the topic of video at the British Society of Magazine Editors’ video forum this week.

Democratize video production
To get advertisers interested in your video, you need produce enough content to offer buyers scale. The Telegraph’s answer has been to train its reporters already on the ground. For example, with the right tools and some basic training, its football writers managed to rack up half a million video streams from short video clips produced every morning during the tournament. One popular recent video was its interview with Conservative politician Boris Johnson at the party’s annual conference, on the topic of sexting.

“Make sure video doesn’t become a specialist activity which is going through one desk. Make it something everyone can do,” said Clissitt. To prove this point, here’s a showreel of this type of footage, shot on everything from drones to iPhones by its reporters in the field.

Prioritize
The Telegraph doesn’t make all its own video: a large chunk come from news agencies and third-party content producers. It often finds video suppliers in areas where they want to carry more video and sets up a revenue shares with content producers. Take this video review of advertising trends during Advertising Week by Bloomberg TV as one example, or this iPhone 6 comparison by T3 magazine. Both are produced by third parties, but hosted by Telegraph.co.uk to offer more video content to readers and advertisers.

Simplify
In order to keep costs low and run a profitable operation, The Telegraph has developed a set of simple video formats which are easily replicable. Take it’s 60 second explainer series, covering the top news items of the day: be it the Ebola outbreak, or lighter fare like George Clooney’s wedding using b-roll footage and captions to tell the story.

“These explainer videos are coming to the top of our plays counts because it’s becoming a recognizable grammar of the medium. The audience calibrates the investment of time online in a way which they don’t on TV, but with these videos, everyone knows what they’re going to get,” said Clissitt.

Be immediate.
With online video, Clissitt argues users are happy to put up with lower production values in return for a seat on the front row of history. For example, Telegraph.co.uk saw average engagement of over 25 minutes on certain days during the livestream of the Oscar Pistorious trial. The same happened with the live stream of the arrival of the royal baby. As Reuters begins to offer more live streamed content, the opportunity to satisfy readers and advertisers with live content is growing.

“Most online video is viewed by single person -— that changes the grammar of the medium. It’s much more intimate. They want to press a button and feel as if they’re in that place,” he said.

Make video more accessible.
Eighty percent of the Huffington Post’s article pages are filled with video according to Clissitt. The Telegraph is aiming to follow suit. But as well as putting more video in front of people, Clissitt is exploring how behavioral data can be used to recommend surface relevant content on their sites and improve consumption rates.

“For most publishers there’s room for improvement in the way they help users discover video content on their websites,” he said.